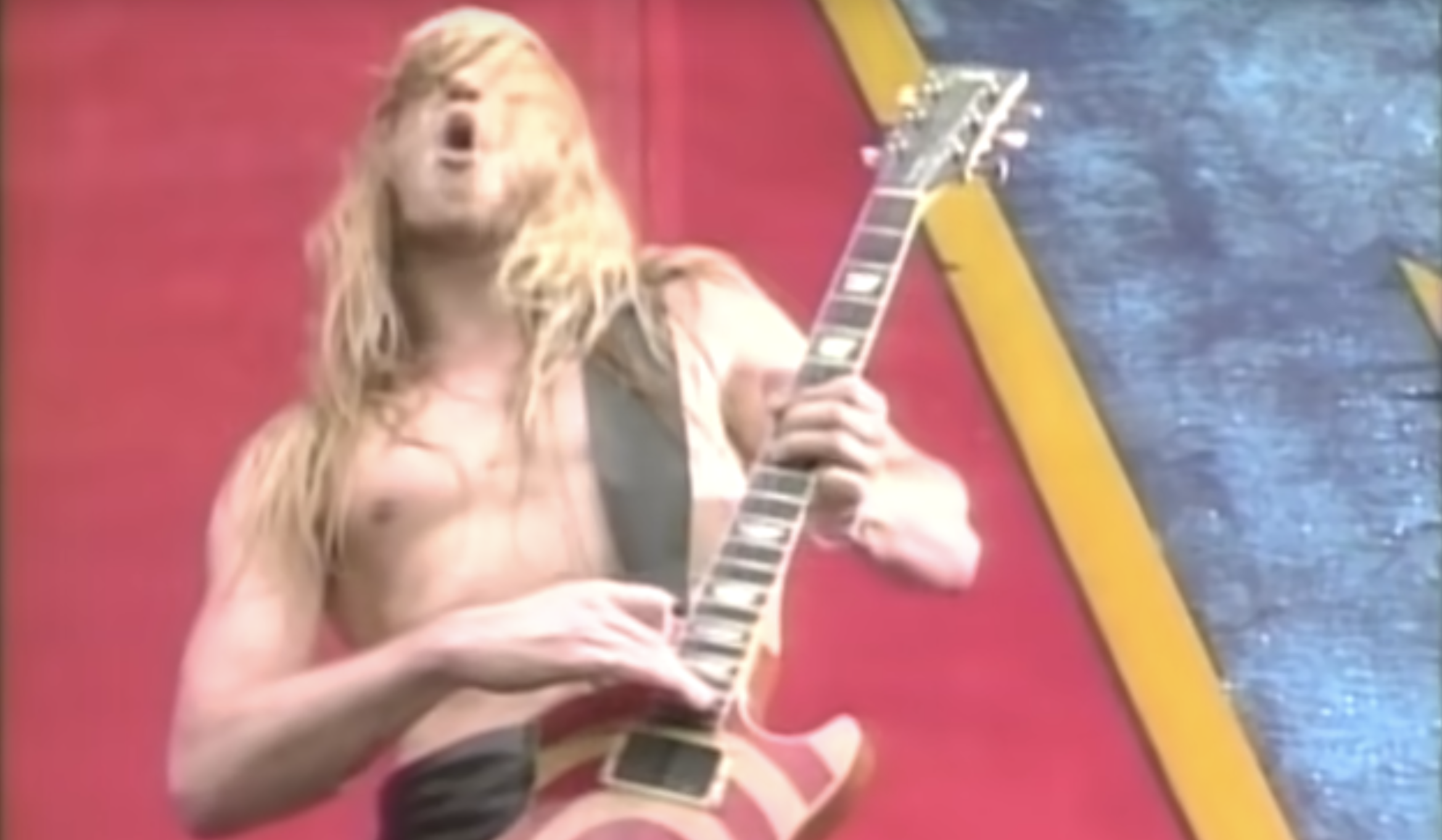 And once we're done giving you all the details of this very strange piece of Ozzy History, if you read his book I am Ozzy (2009), you might recall Osbourne spoke about the show held at Wormwood Scrubs Prison with affection. "It was my last good memory of the 80s before everything went dark."

The gig Ozzy is musing about–was a show inside the walls of Wormwood Scrubs Prison, (a place Keith Richards spent some time in), on July 28th, 1987. It would also be the first show a twenty-year-old Zakk Wylde would play with Ozzy. Ozzy talked a bit about the gig to Hit Parader in February of 1988. Journalist Paul Hunter asked him about the show (or what was inferred to be a series of prison shows), which seemed to Hunter strange even for the already weird Ozzy. And Hunter was right about the gig being weird as the show had to be personally approved by former Prime Minister of England (at the time) Margaret Thatcher. Though the rumor there were fifteen more Ozzy/Prison shows planned, the one at Wormwood (also Bob Daisley's first with Ozzy), did go down:

"Well, my wife certainly didn't have to worry about groupies on a tour like that (laughs). Actually, I did it to work on some material with the new guitarist. We wanted Zakk to fit in with the rest of the band before we went into the studio, but I didn't want the press looking down his ass at every show. Someone came up with the idea of doing a prison tour because that would give us the chance to get the feeling for the road without worrying about press reaction. It was a pain to get permission to do it because we had to get Margaret Thatcher's permission. Can you believe the Prime Minister had to waste time signing papers that allowed us to play those prisons? My only fear was once we got into those places they wouldn't let me out."

Okay, so Margaret Thatcher giving her blessing to Ozzy playing a gig at Wormwood, that's pretty out there. Even more bizarre is the fact the only reason Ozzy was going to play Wormwood wasn't thanks to his wife Sharon (pronounced SHARON!!!) thanks to a request direct from Wormwood's prison band Scrubs (which included a guard or two) allegedly led by inmate Dennis Nilsen–a truly putrid human convicted of murdering over a dozen men. The bassist (who Ozzy has also indicated in the past was Dennis Nilsen) was John Thompson, responsible for the deaths of 37 people at an illegal nightclub in Soho after he set fire to it. The guitarist, according to Ozzy, was a "kid" who beat a drug dealer to death with an iron bar. Scrubs had also recorded and released a single with all proceeds going to charity. While there's a LOT to unpack there, Ozzy during his visit to Wormwood Scrubs, had a spot of tea with an inmate he described as a "jolly, friendly chap" who was in Wormwood for a "long stretch." So long, he'd likely spend the rest of his days there. When Ozzy pressed his friendly tea-making pal (who was perhaps Graham Young, known as the Teacup Poisoner and later the St. Albans Poisoner), about what he'd done, he told him he had poisoned all eight of his victims with doctored tea.

Another odd aspect of the show is Ozzy recalling how the smell of marijuana was ever-present in Wormwood. There was even a bar serving drinks to guards. Oh, the power of Ozzy. Now let's talk about Zakk Wylde's experience at the show. Something the long-time guitarist for Ozzy remembers quite well.

"The whole thing was bizarro land; we performed in front of these fuckin 'lifers. All I could think was, 'I hope I pass this fucking audition. I'm the closest thing to Pamela Anderson these motherfuckers are going to see for the rest of their lives!"

No need to check your notes on this one, friends. Zakk not only passed the audition, but his Pam Anderson self-assessment is also highly accurate. When Wylde walked out on stage at Wormwood (per Ozzy), the whole place erupted into "wolf-whistles" and "screams" of "bend over little boy!"(which is odd as Wylde is 6'2"). In an interview published in the summer of 1988, Ozzy revealed a bit more about Zakk's popularity that day:

"All the guys in prison really liked Zakk. They all wanted him to visit their cells when we finished. I guess they hadn't seen too many nice-looking young boys there in a long while. And we got out of there as quickly as we finished because we wanted to avoid a riot."

Speaking of near riots, the crowd at Wormwood did spin out of control, all while the band played on under the watchful eyes of cops in riot gear standing guard. It all came to an end when, as promised, Ozzy and the band performed an obligatory version of "Jailhouse Rock." Though it's unclear if anyone from Scrubs joined them (this had been part of the plan), lots of inmates did try to get up on stage with Ozzy and his band. Just before the show, a guard pointed the inmate out to Osbourne telling him he was one of five convicted of the murder of a London constable, Keith Blakelock. This would also turn out to be the inmate who led a group to the stage during "Jailhouse Rock." Even after all this, Ozzy would later say he was interested in following up the show with a tour of insane asylums around the world.

To go along with this story, check out some footage from MTV with Ozzy and Zakk talking about how they got together. We also have some great-sounding live footage shot in 1988 during the No Rest for the Wicked Tour with Ozzy and Wylde.