ZAKK WYLDE Acknowledges PANTERA Isn't A Reunion: "It's PHIL, REX And Two Of Their Buddies" 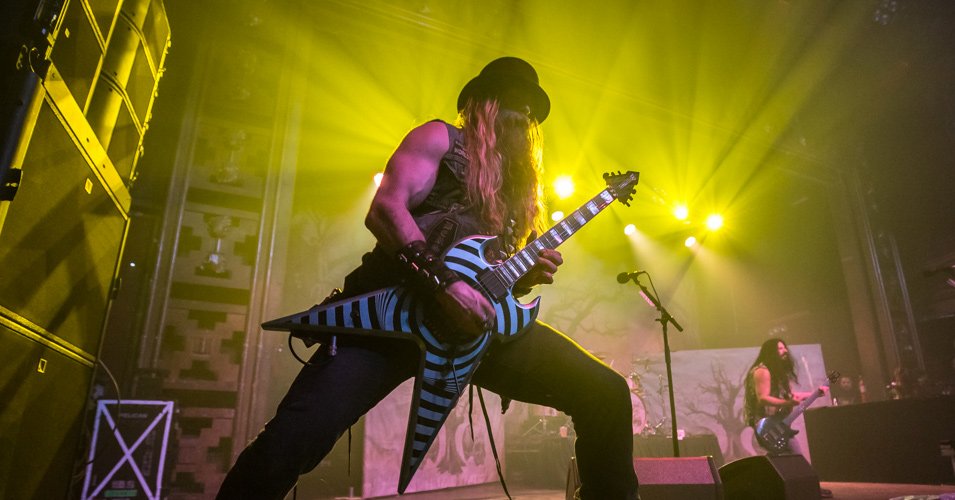 The upcoming Pantera shows feature vocalist Phil Anselmo and bassist Rex Brown alongside Black Label Society guitarist Zakk Wylde (assisted by Dimebag's guitar technician Grady Champion) and Anthrax drummer Charlie Benante. This has drawn the ire of many folks on the Internet, who have been crying "not a reunion!" right from the get-go. And in an interview with Ultimate Guitar, Wylde addresses those who feel that way with a very simple answer – of course it's not.

"It was so funny, because somebody was like, 'It's not Pantera!' Of course it's not Pantera. [laughs] It's Phil, Rex and two of their buddies getting together to honor Dime, Vinnie and all their achievements. It's a celebration of Pantera and all the mountains they conquered. It's the way I look at it."

Wylde also talked about how the shows came to be and his approach to the music, as he's previously discussed.

"The fellas… There was always word about that going around. And I just always said, 'That's up to the guys.' It's almost kind of like, the way I always viewed it, if Mitch Mitchell and Noel Redding called up Eric Clapton because Eric and Jimmy, they're all friends. And they're just like, 'Eric, we're gonna get together, and we're gonna go honor Jimmy. Would you sing and play Jimmy's stuff?' Of course Eric would do it. I mean, that's his buddy. Of course, I would do it.

"It's like, 'Zack, would you ever do it?' It's like, 'Well, of course I'm going to do it. Why would I not?' I'm going to do best job I can, obviously, but that's not my decision, that's the guys. Back in the day with Vinnie, there were discussions, and then, after Vinnie passed away, I didn't think anything would ever happen. I remember Phil called me one night, and was like, 'Zakk, me and Rex would really love it if you would honor Dime.'

"And I was like, 'Of course, guys, I would always be here to honor Dime and all your achievements.' The way I looked at it – It's just a bunch of friends getting together, honoring their buddies, you know what I mean?"

As it stands right now, Pantera is slated to play the following festivals as part of their schedule: