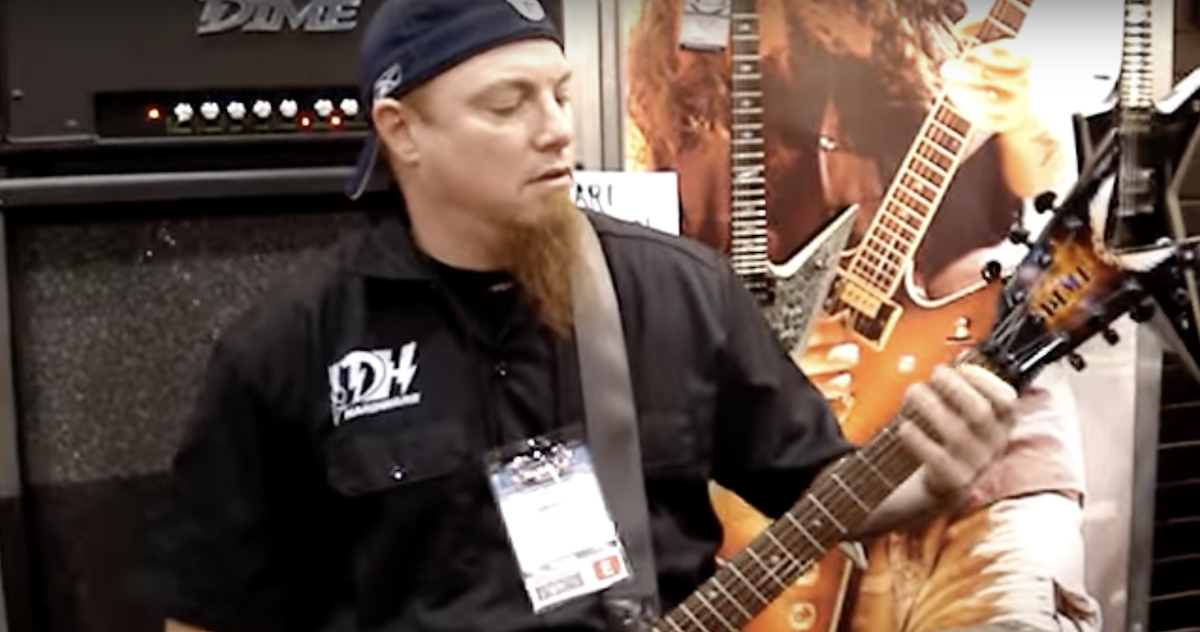 Champion revealed in an Instagram post that he'll be on tour with the band running effects for Wylde and helping bring Dimebag's tone to the shows. Champion notes Wylde has his own technician, but still – this is a nice touch!

"Ok. For all the people i've ghosted, and anyone else who is interested. I'm doing a thing. I signed on for the Pantera tour. [Dimebag's widow Rita Haney] has allowed me access to some of Dime's gear and i'm bringing it for Zakk. I'm not his tech, he has a bad ass, long-time one. The plan for now is for me to run effects and help bring Dime's tone to the party. The details of the rig and stuff are still to be worked out yet.

"I started with Pantera and I will end with Pantera. I didn't know the 'right' thing to think, to say, to do. When I saw the headline like everyone else, I threw up, sweaty palms, heart was freaking out, I had seen that headline 1000 times in my nightmares. After it sunk in and I spoke to everyone, I felt like I would be crazy to turn my nose up and say f that. I need to be involved IF I am needed, turns out I am needed, and i'm fkn doing it.

"Thanks to my family, @bossladychampion Garrett Champion Landon Champion for understanding and LETTING me do this for me, for the cause, for my fallen brothers. I wouldn't be ANYwhere in life if it hadn't been for Dime and his belief in me. So I HAVE to go represent.

"Anyways, not too good with words, but heart is on the sleeve here. Anyone that brings up 'money grab' has no concept of reality. How much it takes from people to do this. More dedication that you'll ever see, tears, all of it. If you want to hate, don't go, I don't want to hear it.If you want a Pantera experience, this is it. We're giving it hell, and going to give it all there is to give. Philip, Rex Brown, Zakk and Char Benante are going to bring it.