Lemmy From MOTORHEAD Explains The Mathematics Behind Sleeping With 1,000 Women

Motorhead bassist Lemmy Kilmister is a living legend. Everybody who comes in contact with the man has nothing but praise for the iconic bassist. We even had a chance to speak with him at the Golden Gods a few years ago, and Lemmy was as charismatic as usual.

With such charm, and legendary status in the rock world, it's easy to see how Lemmy would have no problem finding a nice girl to bring home for the night. You see, married life isn't for Lemmy, he's all about just having fun. Lemmy has claimed in the past to have slept with over 1,000 women, which initially sounds like an insane amount, but in a recent interview with Spin, the man put it all in perspective with a bit of mathematics:

I don't know any happily married couples, not even my parents. There was a magazine in England who said I screwed 2,000 women and I didn't, I said 1,000. When you think about it, it isn't that unreasonable. I'm not even married, and I've been doing this since I was 16. And I'm now 66, so that's like 50 years. I could've done more if I've tried, I guess. I didn't even fool myself with that. My father was a stranger to me, and I learned that my stepfather was fighting a losing battle with my mother. Almost everyone is unhappy with themselves when they realize what they've done. And the lot of them get married because of the kids and that's a really bad idea. People just rip each other to shreds over the years. Nothing kills a relationship like commitment.

The math adds up… if you take into account his 50 years of gigging, that averages out to 20 women a year, which means Lemmy would sleep with 1.6 women a month. (Sidenote: I didn't know that Lemmy had a thing for little women…hiyooo) That's completely fathomable. Think of all the sexually transmitted infections that must've went through his body. Then again, after having such a large sampling I would think Lemmy has built an immense immunity to most STIs. It's just now hitting me how gross writing this post has been, so I'm just going to stop. 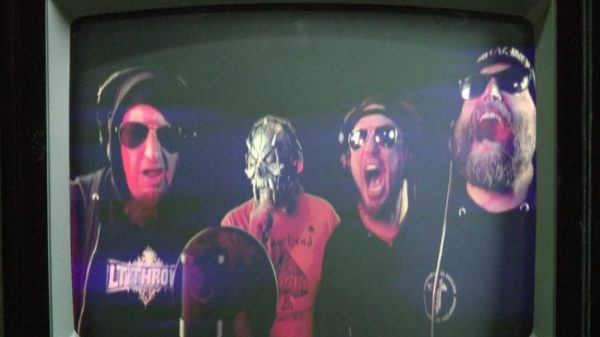