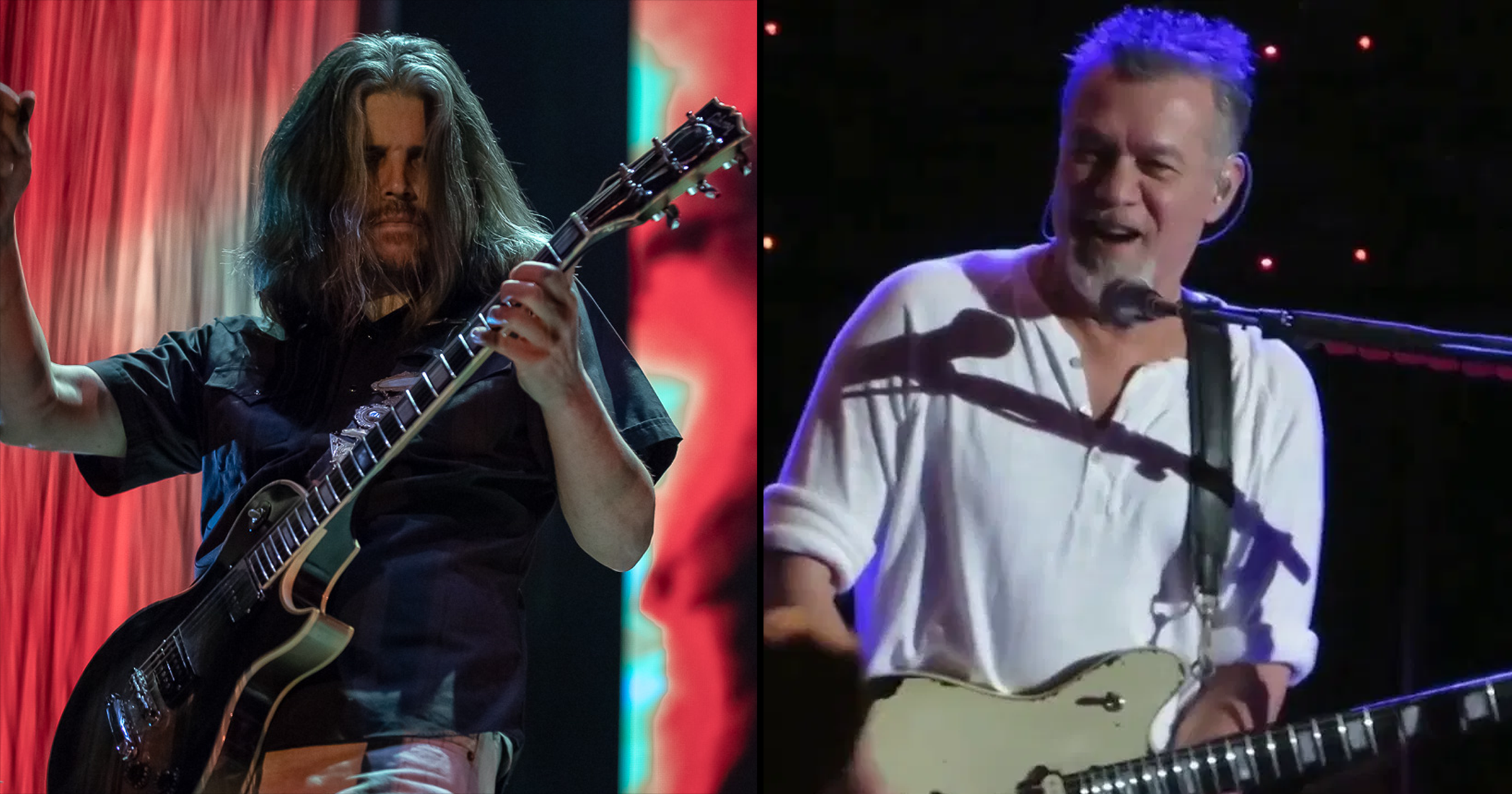 You might remember Eddie Van Halen's appearance at a Tool show as that time where a guy asked Eddie to take his picture without knowing who the hell Eddie was. Tool guitarist Adam Jones has a much different, and probably fonder recollection of that night.

Jones recently told Guitar World that Eddie's son Wolfgang Van Halen is a big Tool fan, and that Eddie complimenting Tool after the show was basically like getting a trophy.

"Eddie's son Wolf is a big Tool fan and a really cool guy," said Jones "He brought his dad to our show at the Staples Center last year. I don't know if you saw that thing online where there was a guy in the audience that asked someone to take his photo, and he doesn't realize the guy he asked is Eddie Van Halen, the greatest guitar player ever. It was great."

"Afterward, Wolf brought his dad to my dressing room and we had a good talk. Eddie was so humble and I was really happy to have that moment with him. To have one of your ultimate heroes shake your hand and say, 'Hey, what you're doing, it's really cool,' it's like a trophy."

"Meeting Eddie Van Halen and having him tell you that he thought your show was really cool and you’re a good guitar player? That’s one of the best things that’s ever happened to me. I feel lucky to have had that music in my life and to have that influence. And even though people can’t pinpoint it to what I do, it is absolutely there. Especially my riff writing – it’s influenced by Eddie Van Halen. Absolutely."