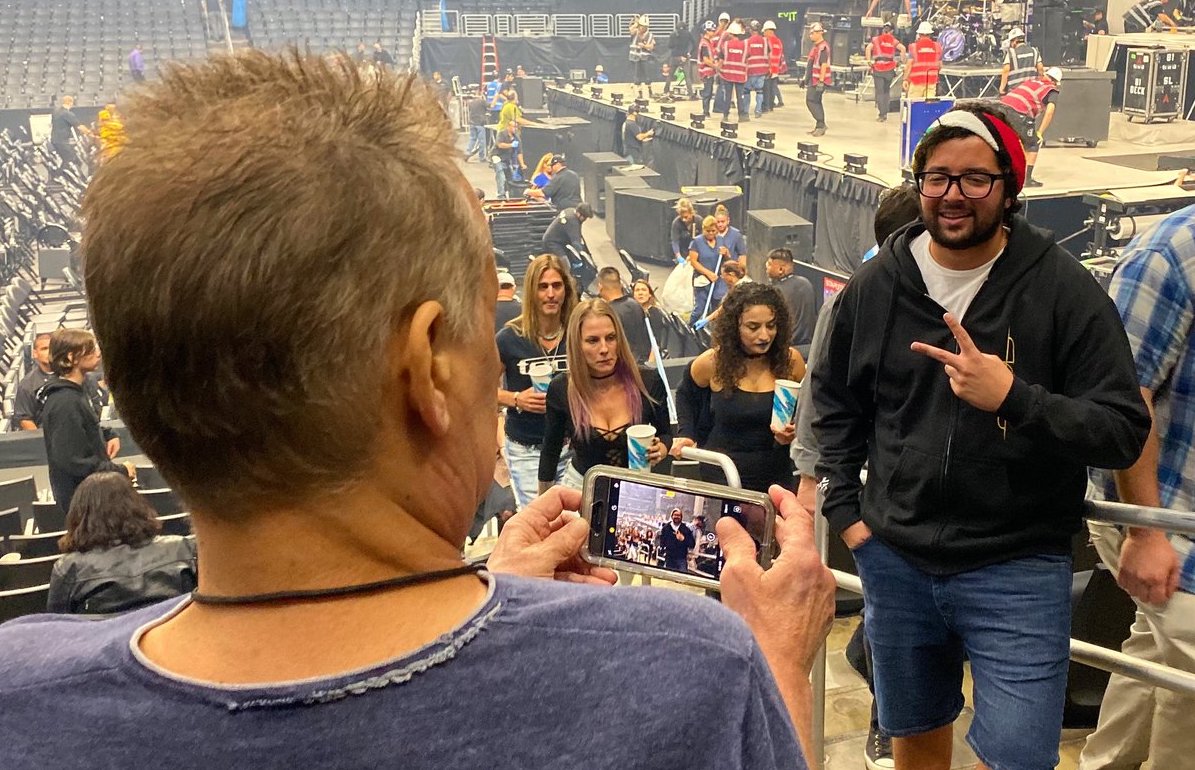 This is the second time this week Van Halen guitarist Eddie Van Halen has popped up in photographs, though this time the photographs were taken by his son Wolfgang Van Halen.

Eddie and Wolfgang went to go see Tool on October 22, and a fan asked Eddie to take a picture of him in front of the stage. Not with Eddie. Dude, did you realize what you were doing?

So why is this important? Well, Eddie Van Halen has recently been rumored to have begun treatment for throat cancer once again. Of course the music community began getting concerned when Eddie pretty much disappeared, but then all of a sudden a photo of him looking pretty good recently surfaced.

Eddie undergoing treatment for cancer should still at this point be treated as a rumor and nothing more. Eddie, his family, or his management have not said anything just yet.

Meanwhile, Tool have a sold out fall tour scheduled. You can get tickets here.

A guy asked my dad if he could take a picture of him with the stage behind him, having no idea who he just asked, and that was my favorite moment from the @Tool show last night. pic.twitter.com/tA1lywM0yf