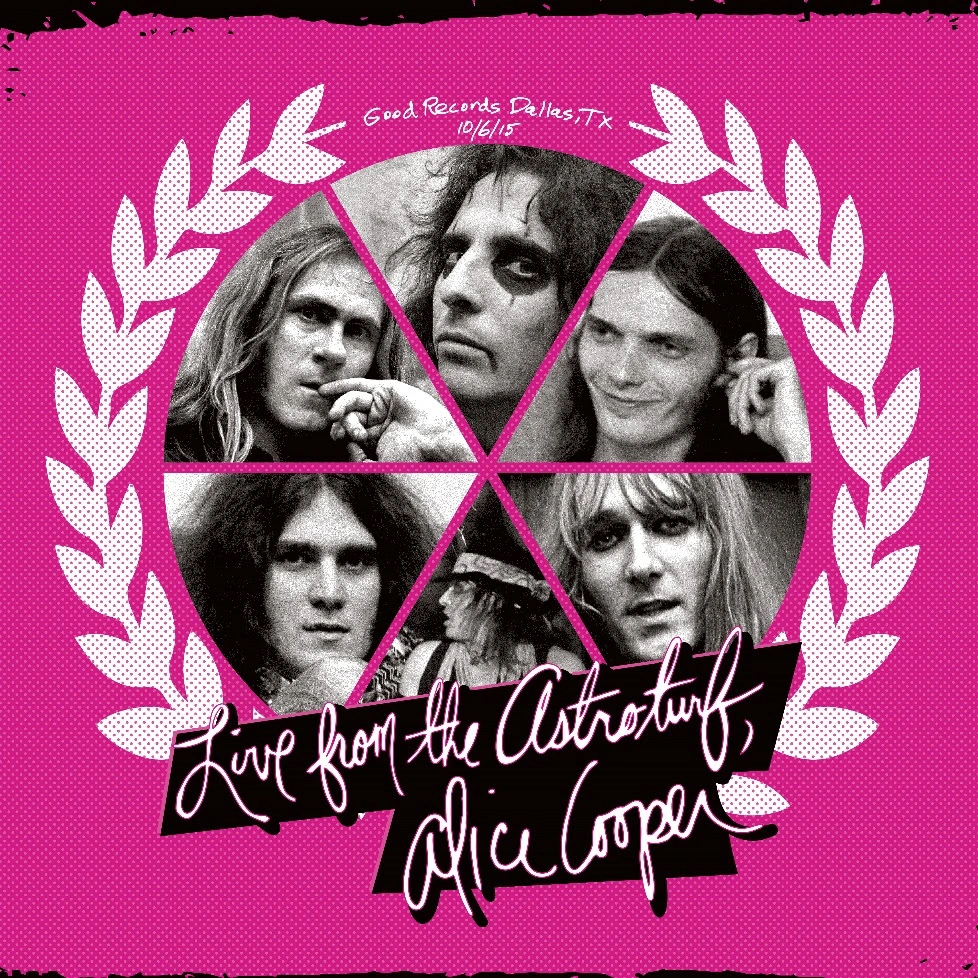 The reunion of the original Alice Cooper Group from 2015 will be released on September 30 as part of a vinyl + DVD combo called Live From The Astroturf. The show was originally billed as a book signing for bassist Dennis Dunaway, but fans who came out to the signing were surprised with a reunion of the original Alice Cooper Band lineup, which was active between 1964 and 1974. The nine-song set features Cooper, Dunaway, guitarist Michael Bruce, drummer Neal Smith, and current Alice Cooper guitarist Ryan Roxie who stood in for the late Glen Buxton.

Pre-orders for Live From The Astroturf via Ear Music are available now right here. A track listing for album can be found below.

As for Alice himself, in a new interview with Rolling Stone Deutschland, he shared what has made his phenomenal live production work decade after decade. If you've only got a second, I'll boil it down for you: don't be a jerk, and people will like working for you, is Cooper's advice.

"I think it starts at the top. I think that whoever's leading the band, the other guys mold into that. So I treat the guy that sweeps the stage with the same respect as I treat the guitar player, or the bass player – everybody gets treated the same," Cooper told RS. "If, we have a night off, for example. I'll invite everybody to dinner. We take 35-40 people to dinner. And that means everybody – the lowest guy on the totem pole is treated exactly the same as the band.

"And to me, once you do that, you get loyalty – you know, most guys don't even know who worked for them. I know everybody that works for me. And I know pretty much their families…And that way, every show, everybody wants to do the best show that night, make it represent the best thing. And I want them to have pride in the show. Not just the fact that, 'Oh, all I do is the lighting.' I go 'No. Without that lighting I don't look good. So you are as important as I am.' That's how I think you work a band."

Alice Cooper is currently working his band to pleasant perfection out on the road, and you can check all confirmed dates below.