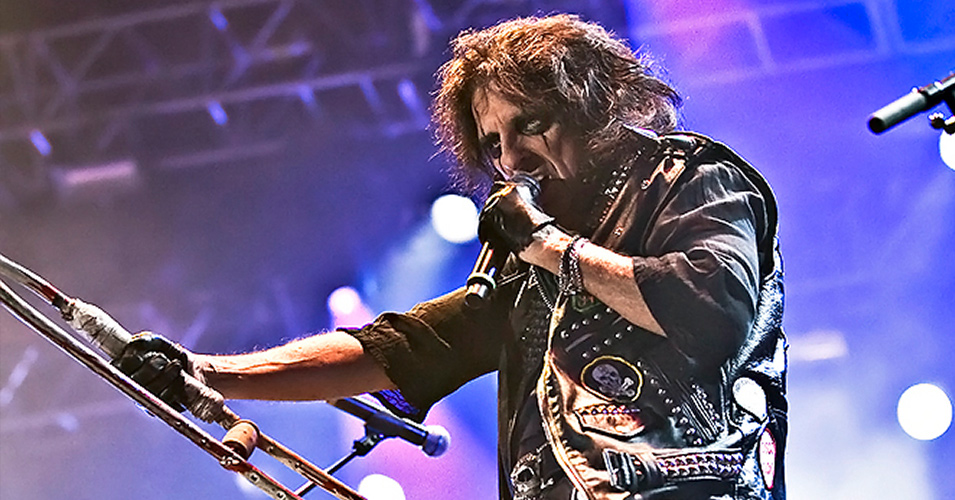 Alice Cooper has been touring for roughly five decades at this point. So it stands to reason that the man has learned a thing or two about what to do and what not to do. In an interview with Rolling Stone Deutschland, Cooper offers one key piece of advice on keeping everything running smoothly – basically just don't be a dick and treat everyone with respect.

"I think it starts at the top. I think that whoever's leading the band, the other guys mold into that. So I treat the guy that sweeps the stage with the same respect as I treat the guitar player, or the bass player – everybody gets treated the same. If, we have a night off, for example. I'll invite everybody to dinner. We take 35-40 people to dinner. And that means everybody – the lowest guy on the totem pole is treated exactly the same as the band.

"And to me, once you do that, you get loyalty – you know, most guys don't even know who worked for them. I know everybody that works for me. And I know pretty much their families…And that way, every show, everybody wants to do the best show that night, make it represent the best thing. And I want them to have pride in the show. Not just the fact that, 'Oh, all I do is the lighting.' I go 'No. Without that lighting I don't look good. So you are as important as I am.' That's how I think you work a band."

Solid advice that applies to everyone both in bands and not in bands. Things tend to run much better in general when you're not being a raging asshole about everything. And really, who wants to be around someone who is?

Catch Alice Cooper at one of the dates below.