The LARS ULRICH Toilet Got Bought By A Danish Museum 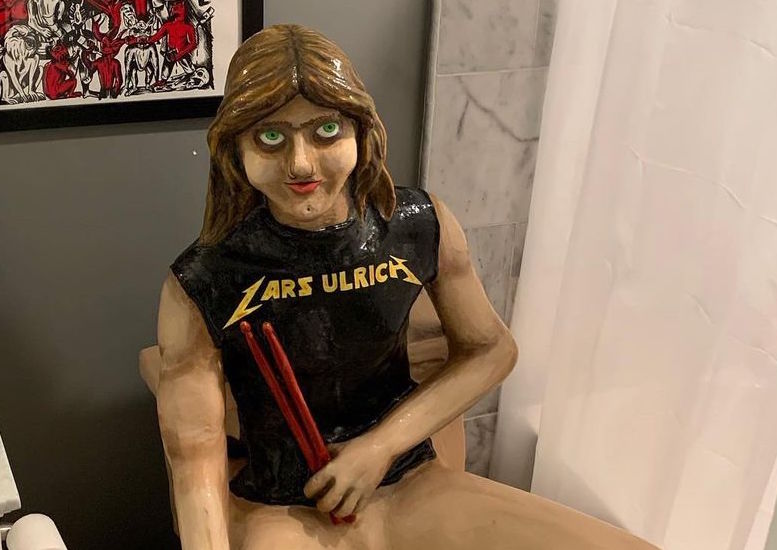 The Lars Ulrich toilet is headed to Ulrich's home country of Denmark, to the Ripley's Believe It Or Not! museum in Copenhagen. According to the Tampa Bay Times, the toilet was briefly installed at the Brass Mug in Tampa, FL before I assume the establishment went out of business due to the permanent mental scarring incurred by anyone that saw it when they opened the door. Now it's on its way to Denmark to be displayed and not used… which is either better or worse, I'm not sure which.

The Lars Ulrich toilet was created by Prince Midnight, who is the same guy who created a guitar out of his uncle's bones. Midnight clarified to the Tampa Bay Times that the toilet is not a joke and is very much a statement of his love for Metallica, saying "This toilet was built by a Metallica superfan. They wrote the first songs that meant something to me.”

Anyway, here are more photos of the toilet again.