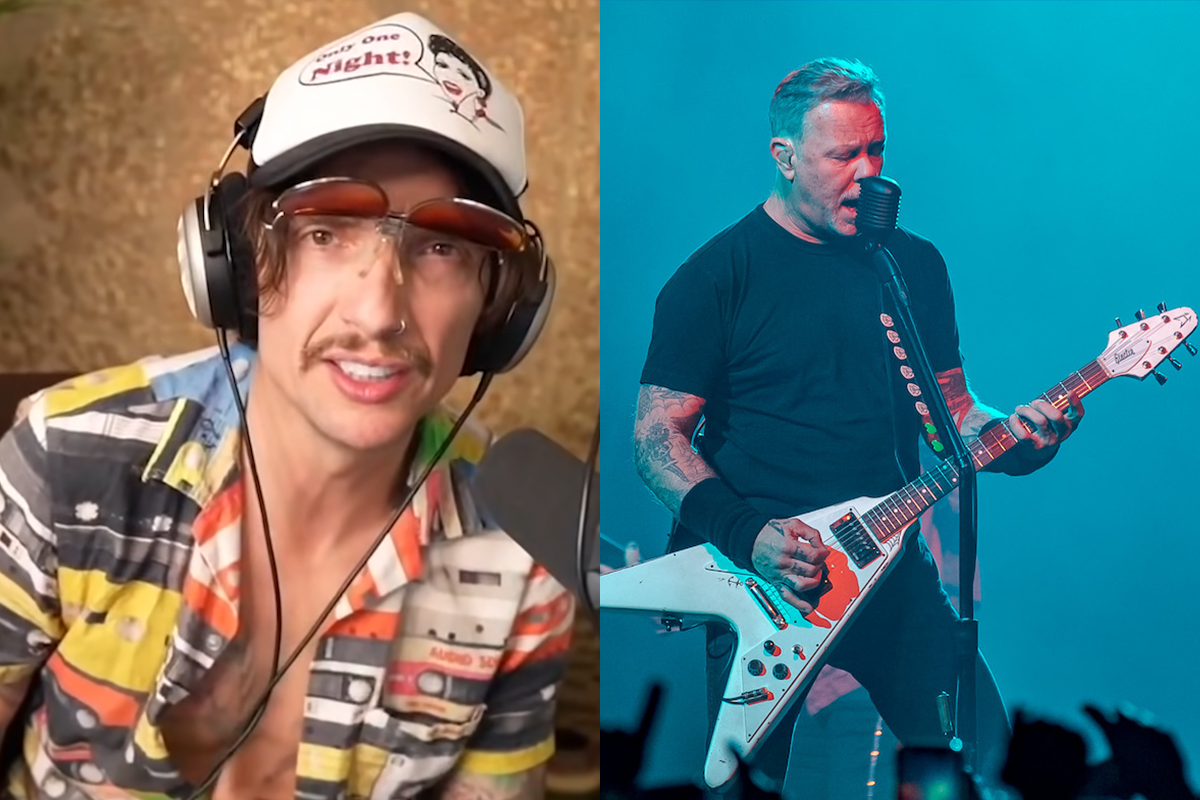 After last week, I think we can all use a feel-good story about musicians helping other musicians, one that acknowledges the fragile nature of our existence, and the selfless deeds that we do for others in need.

That’s just what James Hetfield did for The Darkness’ vocalist Justin Hawkins. Hetfield has been very open about his own personal struggles with alcohol in the past. If you remember, Metallica’s partying was so infamous the band was once nicknamed Alcoholica, and nearly self-imploded when Hetfield entered treatment for abuse, a period in the life of Metallica that was famously documented in the film, Some Kind of Monster.

In a recent video posted to Hawkins's YouTube vlog Justin Hawkins Rides Again, Hawkins opened up about how Hetfield once offered him guidance and support with Hawkins's own issues with the bottle. "I actually did a bit of touring with Metallica," said Hawkins. "We played with them in Ireland, and we played with them in Australia. James Hetfield could recognize in me that I might have been struggling a little bit with certain behaviors"—gesturing with his hand to indicate drinking. "He was really kind, he took me to the side and gave me his number and was like, 'If you ever need to talk to anybody…' Really supportive, an excellent person.

"And Lars Ulrich was an excellent person, but in the other way," he continued. "He was somebody that encouraged me to party, and he partied with me. So happy days one and all." Oh, well. There's one in every bunch, we suppose.

But what’s great about this story is that, really, Hetfield didn’t need to reach out to Hawkins like that and be open, vulnerable, and honest with him. I mean, this is James Hetfield of Metallica, he can keep his life as private as he wants (and does, for the most part). The Darkness are a largely under-the-radar rock group that had a kitschy hit back in the day, and are just the kind of band the industry machine offers up to the meat grinder if you burn the candle at both ends. The fact that Hetfield, regardless of his status, felt it was more important to be human instead of rock star is something we all can learn something from.