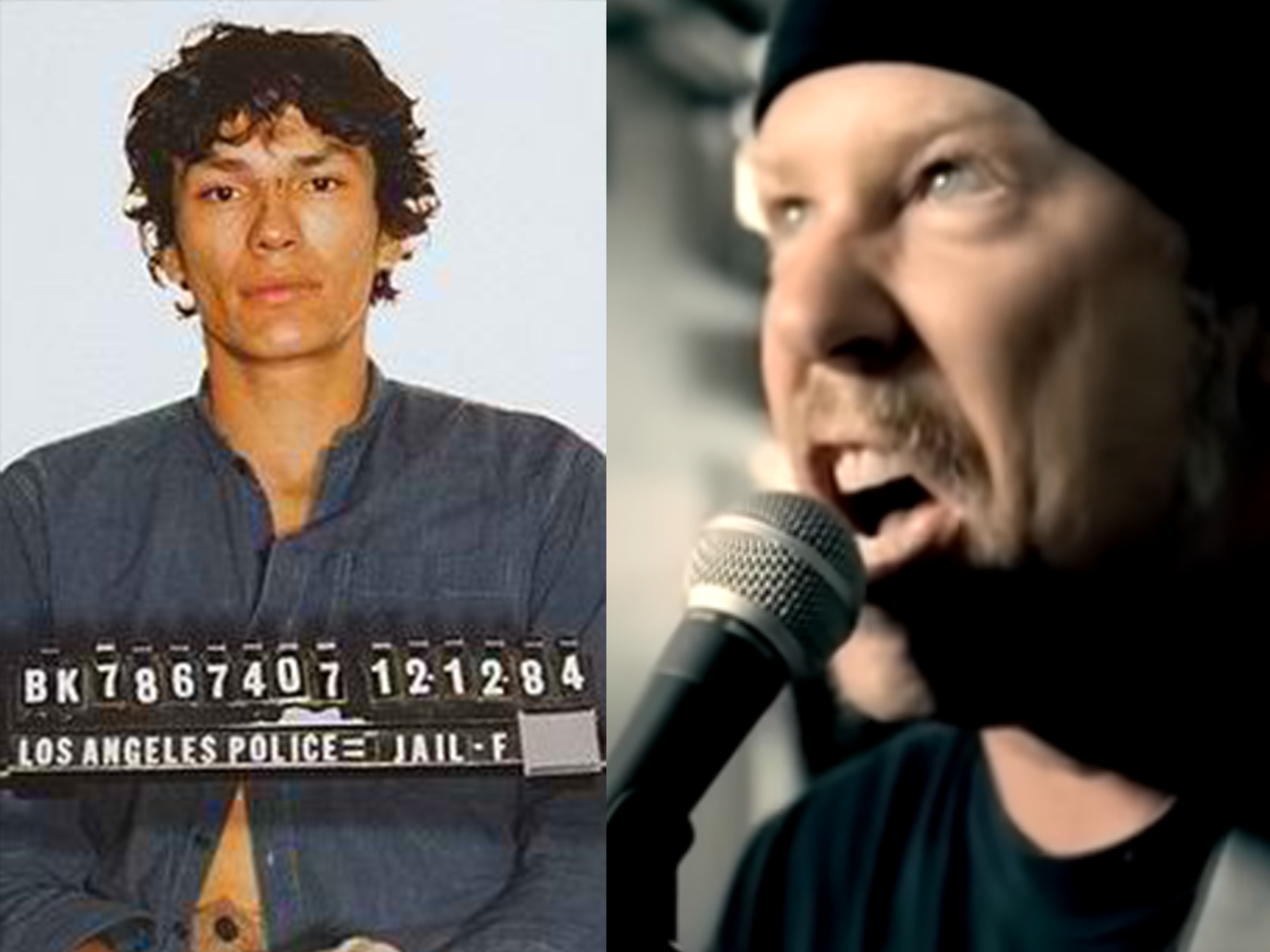 We know Metallica fans are crazy, but homicidal? Well, at least one fan was, according to Metallica guitarist Kirk Hammett while speaking with the NME. During the conversation, Hammett was asked, “Who’s been the most unexpected person who’s turned out to be a Metallica fan?“ and the guitarist responded like this:

“Richard Ramirez [also known as the Night Stalker]. When we played San Quentin Prison [in 2003], he was on death row and could hear us. The guards who were responsible for watching him said Richard Ramirez was pissed off and pacing his cell because he wasn’t allowed to see us. He gave the guards his subscription copy of a magazine with us on the cover and on the mail-tag it said: ‘Richard Ramirez, San Quentin Prison.’ So that’s my little token from Richard Ramirez. Not to glorify the guy – he did some horrible crimes. He hung out in Richmond California, and I wonder sometimes if me and the guys from Exodus were at the same parties as him back in the day.”

Of course, this wouldn't be Ramirez's first connection to the world of heavy metal. Infamously, an AC/DC baseball cap that Ramirez left behind at the scene of one of his gruesome murders tipped off police to the killer's identity. He was also purportedly a big fan of Judas Priest and obsessed with the lyrics to "The Ripper," from Priest's 1976 LP Sad Wings of Destiny.

Ramirez actually isn't Metallica's only connection to the criminally insane: New Jersey's Ronald Pituch was convicted of killing his mother and stabbing an 11-year-old boy to death in 2002. He pleaded guilty initially and was sentenced to 50 years in prison. During sentencing, Pituch had claimed the Metallica song "Ronnie" from the Load LP possessed his thoughts and drove him to murder.

Folks, a word to the wise: Please don't kill 'em all!