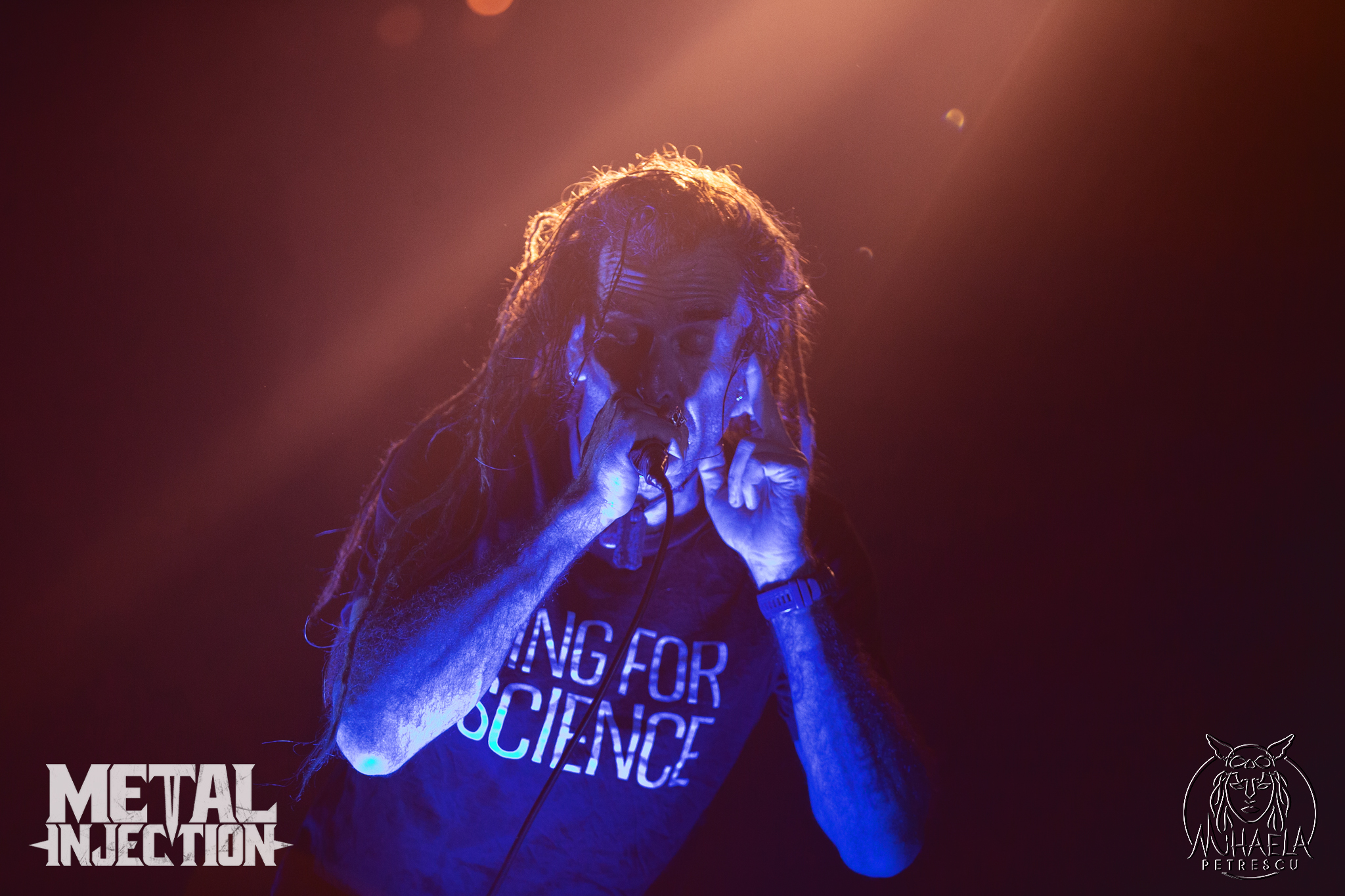 Is Randy Blythe actually magic? That's what Children Of Bodom thought the time Blythe saved their collective asses from the United States Customs and Border Protection. In an interview with Pandora, Blythe details the time both Lamb Of God and Children Of Bodom damn near got bagged for illegal substances in the desert by border patrol… only to be saved by Blythe because he used to be neighbors with one of the dudes.

"One time, I can't remember exactly what year it was, we were on tour and we were on the bus. It was a travel day and we were going through the desert somewhere in like Arizona or New Mexico I believe. The sun was up, it was coming up. It had been up for about an hour and a few of us were still awake. All of a sudden the bus pulled over the side of the road and we were like 'what's going on?' and their tour manager ran into the back and he's like 'Border patrol! Border patrol!' and we're like 'shit.'"

"I had some stuff that is illegal – this is back in the party in days. I'm a sober guy now. I know I for one had some illegal substances and we got off the bus. I grabbed what I could and put it into my my pocket and it's like eight o'clock in the morning or whatever.

"We walk out into the desert and then there's the border patrol. They look at us. It's eight and most everybody's still drunk. We're all dressed in black standing in the middle of the desert in Arizona or New Mexico – somewhere like that – and they come up and they start going on to the bus.

"I guess they were looking for… a lot of times those border patrol checks are for illegal immigrants in that area. We did not have any illegal immigrants but we had some illegal things and the head guy is like 'okay, bring out the dogs' and I was 'shit.'"

"So they call the guy for the K-9 unit and he shows up and he gets out and he's got his dogs. I see him getting the dogs and he's getting ready to walk over to the bus and they had all of Bodom standing in one group because they were all from Finland with Finnish passports, and the rest of us in another group.

"The dog handler is starting to walk towards the bus, and right as he gets near the bus he looks over at our group and he goes 'are you from Richmond?' and I'm like 'yes,' and he's like 'did you used to live on the 100 block of South Pine Street?' I'm like 'yes I did.' He's like 'dude! I live two doors down from you! I heard you were doing a band now!' I was like 'yeah man' and he's just like, 'you know, you guys just be careful. I don't think this is necessary.'"

Children Of Bodom was totally mystified by Blythe's ability to get them out of trouble, and asked what he said to the patrolling offers. His response was perfect – "They're like 'what did you do? How did you do that?' I'm like, 'I'm magic, dude.'"