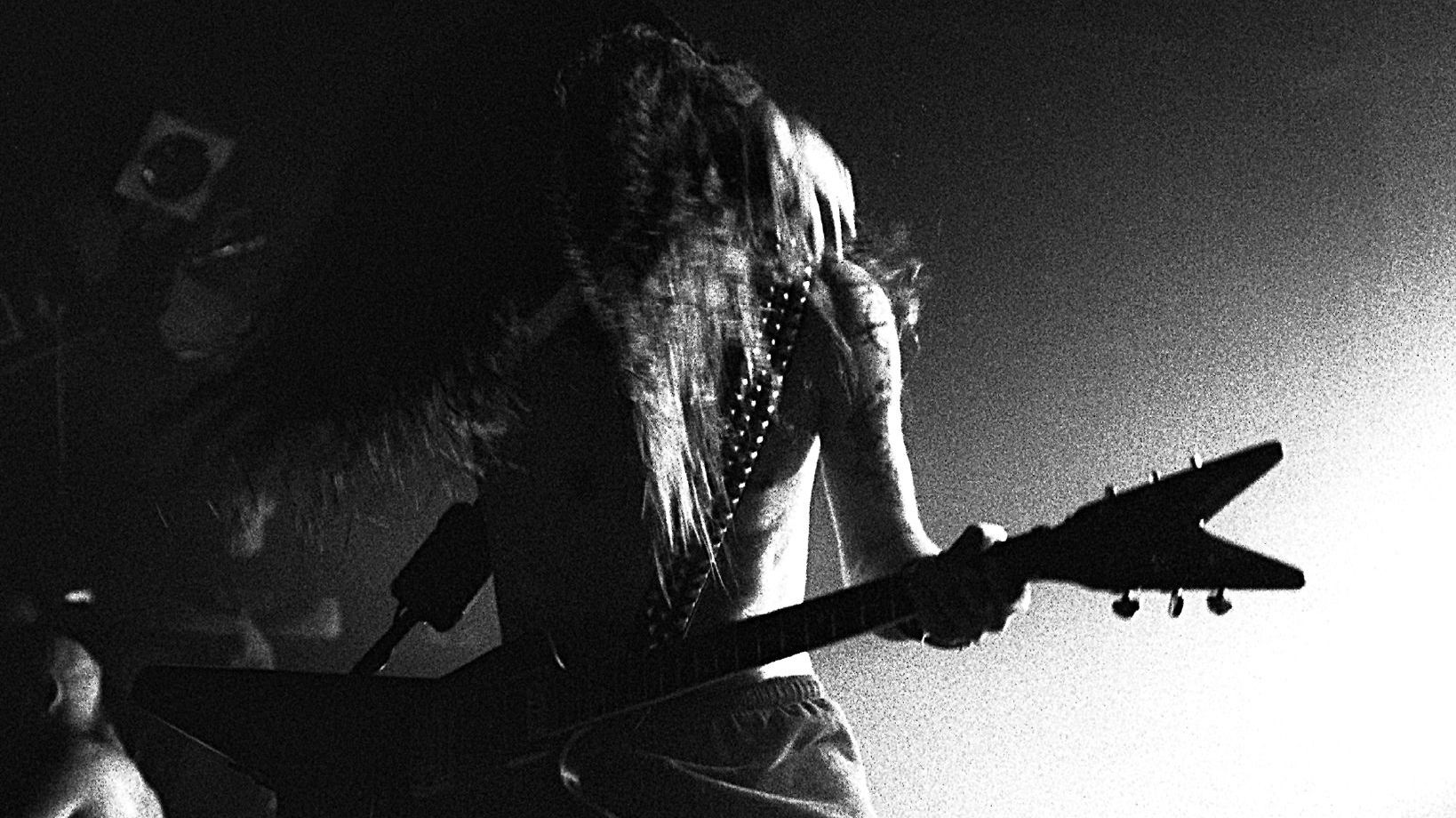 Everybody likes a good party, but nobody partied like the late Dimebag Darrell of Pantera. From the invention of the Blacktooth Grin cocktail to the epic stories told through the years about Pantera's early days on the road, there's no question that Dimebag—along with his late brother Vinnie Paul—loved a good super-hang. In an interview with Coffee with Ola, Dime's partner in crime Robb Flynn of Machine Head told a crazy story about one of Dime's epic all-nighters—before getting onstage and playing a perfect set!

"It’s like 5:30, and I’m kind of like looking outside… and I see Dimebag, and he’s standing on top of a Volkswagen [Beetle]… and he’s got Rayna [Foss] from Coal Chamber, and… a little crowd of people, like 10 people, around him," Flynn began. "And he’s just sitting there like, stripped down to his tighty-whitey underwear and his Chuck Taylors – naked, basically. And he’s doing back flips on the roof of [the car]… He’s just cracking up, doing backflips. And I was like, ‘Wow, okay…’ as I go to bed… I wake up, and we’re at The Palace of Auburn Hills.

“And as I’m getting off of my bus to go and get breakfast, Dimebag comes out of his bus.. and I’m like, ‘Hey, dude, what’s up?’ And he’s like, ‘[makes inarticulate drunken noise].’ And I was like, ‘Oooh, shit! He’s still drinking!’ And fuckin’ all of Pantera’s tour managers [are saying], ‘Don’t give Dimebag a fucking drop of beer or you’re off this fucking tour!’ Everybody’s freaking out, they’re super pissed, ‘[Dime] hasn’t gone to bed!’

“So, he keeps on finding alcohol, he keeps on drinking, [and] it gets closer to the show now. Coal Chamber goes on. They’re opening, and they’re starting to play… And I’m on one side of the stage, and I see Dimebag come up on the opposite side…”

Somehow, Dime gets a hold of Robb's guitar, and proceeds to walk onstage—almost.

“And it’s [Coal Chamber's] last song… The song and then fanfare, ‘All right, thank you everybody!’ And he picks up my guitar, and he goes – headstock first – right into the fucking ground. And I was like, ‘Dude!’ I was fucking pissed. And he just walks off the other side of the stage. And I’m like, ‘Motherfucker!'”

Pantera would ultimately play, yet everyone around was waiting for a trainwreck—but it never happened.

“Now everybody’s freaking out and everybody’s just like, ‘This is gonna be a fucking disaster, this dude’s fucked up.’ And so we go out front, partially to just go, ‘Hope it’s okay,’ and partially just to see the trainwreck we’re probably about to witness.

“And that dude gets out there – and literally plays a fucking flawless show. Just every fucking note, every lead… Dude doesn’t miss a note. If I hadn’t seen it with my own eyes, I never would have believed that someone that fucking shit[faced] – he had been drinking for 24 hours straight at this point, and he fucking killed it. And I’m like, ‘You’re a fucker.'”

Man, the world misses Dime more and more every day. May his spirit soar forever. You can watch the entire interview with Robb Flynn below.