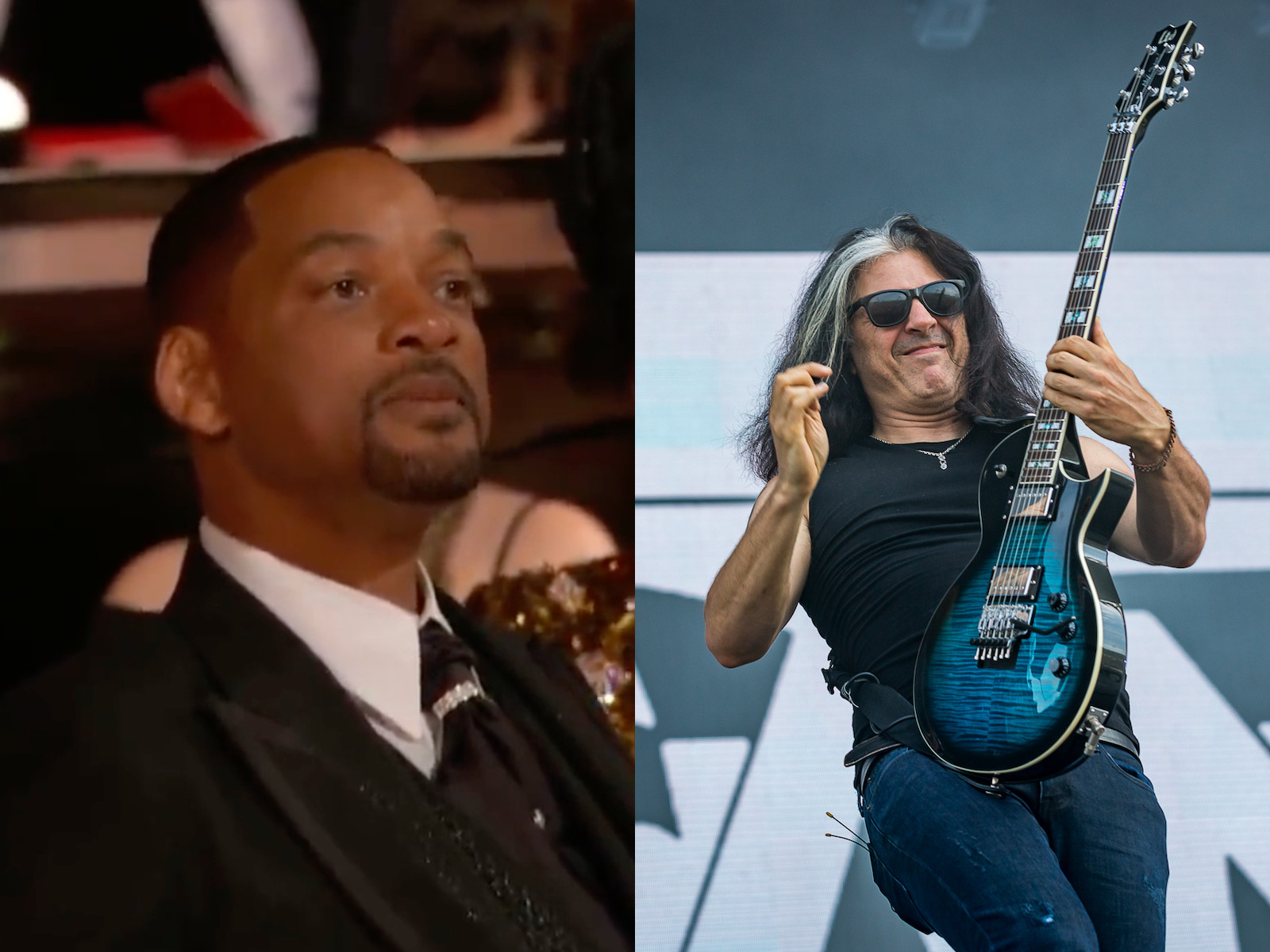 If you haven't been on the Internet or turned on any news outlet whatsoever in the past 24 hours, you missed actor Will Smith slapping comedian Chris Rock at the Oscars last night. It all started when Rock made a joke on stage about Smith's wife Jada Pinkett Smith losing her hair, saying "Jada, I love ya. G.I. Jane 2. Can't wait to see it, all right?" Smith clearly felt the joke was out of line given Jada suffers from alopecia, at which point he stepped up onto the stage and slapped Rock. Rock responded "Will Smith just slapped the shit out of me" before continuing on, while Smith continued to yell "leave my wife's name out of your fucking mouth" from his seat.

Testament guitarist Alex Skolnick has now offered his opinion on the matter, essentially saying Smith was out of line doing what he did. Skolnick noted that there was "better ways to express displeasure" and felt it overshadowed some of the night's biggest wins.

"I missed #Oscars2022 & a whole lot apparently. Quick thought: Wasn't he the 'nice' rapper? Meanwhile 'scary' rappers have great senses of humor, ie IceT & Snoop (his IG is LOL FUNNY). C'mon #WillSmith. You don't have to like #ChrisRock's joke but an ugly meltdown? Violence? Wtf?"

"WillSmith's overreaction at the #Oscars stole the spotlight from @questlove, #SummerOfSoul & even #KingRichard (for which he won!) There are better ways to express displeasure. Just when it finally gets past #OscarsSoWhite, he turns it into #OscarsYoFight #willsmithchrisrock"

According to CNN, Rock is not pressing charges against Smith.

In this article: alex skolnick