POWERWOLF Celebrates ALICE COOPER's 75th Birthday With "Poison" Cover
Like Fleshgod Apocalypse and Irreversible Mechanism? Then clearly you need some more classical infused tech-death in your life! And we've got the life saving injection of it that you crave!

Hey there tech fiends! It seems like a lot of you enjoyed last week's early Deviant Process stream. Today ends the recent streak of  early technical death metal album streams I've been doing. And as the title suggests, centers around showing you symphonic heavy tech death from bands you might not know. If you want to peruse prior editions of this series, you can do so here.

Tempe, Arizona natives Singularity have been an impressive young band to watch grow up over the last few years. Early in their existence they put out several demos and singles, each with a different flavor and style to them. Culminating in a successful crowdfunding campaign for their self-titled full-length in 2014. Singularity is a record which I still spin a lot to this day, and figured it was worth sharing here. Singularity's symphonic element adds a lot of bombast and epic flavor to their blackened technical death metal music. And finds itself utilized in different ways in different tracks, from major to minor in terms of presence and importance. While they don't sound too much like Irreversible Mechanism, I'm reminded of them when listening to this when I start thinking about how big of an impact the orchestral/synths have on their compact technical death metal style. Singularity-Singularity is a fantastic record that definitely has that something extra something special going on to it. Keep an eye on these guys to annihilate worlds whenever their follow up record to this drops.

Russia has been killing the death metal scene for a long time, yet a lot of times the best their country has to offer such as Scrambled Defuncts, are far lesser known in other parts of the world. While they've broken up in the last few years,  Moscow based Scrambled Defuncts left on a high note  with 2009's, Souls Despising The God.

On Souls Despising The God, Scrambled Defuncts added a constant classical presence to their already chaotic and deranged brand of technical brutal death metal. The end result of this weapons grade sonic experiment between keys, a string quartet, and Deeds of Flesh mixed with Origin style tech-death is sheer unrelenting aural annihilation. They make one hell of a fucking introduction to their berserk-yet-elegant style on epic album opener  "Retribution", which clocks in at just under 9 minutes of mayhem. After that they continue to throw absolutely maddening symphonic laced brutalized tech-death your way throughout the rest of the album. If you dig what Fleshgod Apocalypse do, and want to hear that kind of idea unleashed upon tech-death, than this is the record for you. I think the best part about the orchestral additions that make up so much of the identity of Souls Despising The God, is their integration and purpose in the music.

Unlike Singularity above, or even Irreversible Mechanism for that matter, the classical inspired element here is done not to add a sense of bombast, but to create a eerie and creepy atmosphere that gives the music an evil feeling. So basically what I'm trying to say is this record is fucking fantastic and quite unique. You can nab a digital or physical copy from their labels bandcamp if you like it!

In this article: Scrambled Defuncts, Singularity 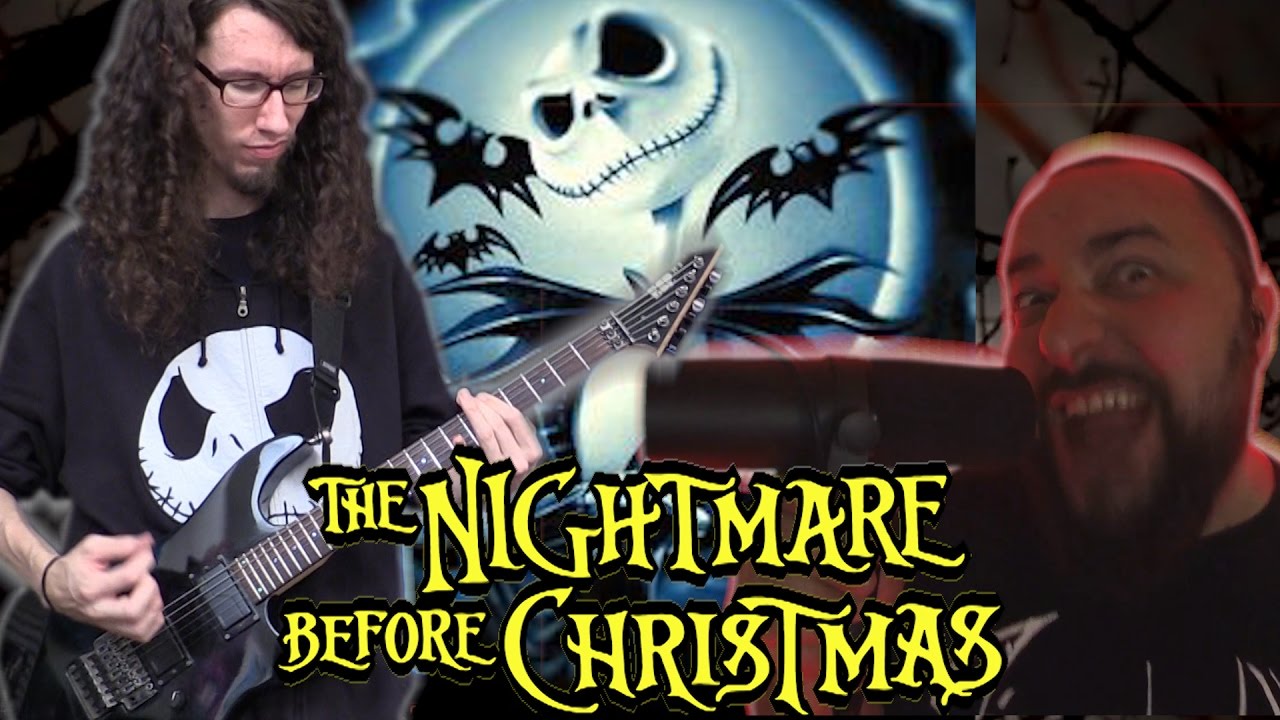 Is This The Most Metal Cover of "This Is Halloween" Ever?

"The Nightmare Before Christmas" is requisite viewing around this time, and Matt Turkington of Animus Complex and Jack Flieger of Singularity are big fans...

In today's Tech-Death Tuesday, we dive into an early stream of Void Walker, the newest release from Arizona based tech-death/black metal hybrid act. This...