SYSTEM OF A DOWN Drummer Calls Band's Recent Shows "Half-Assed" 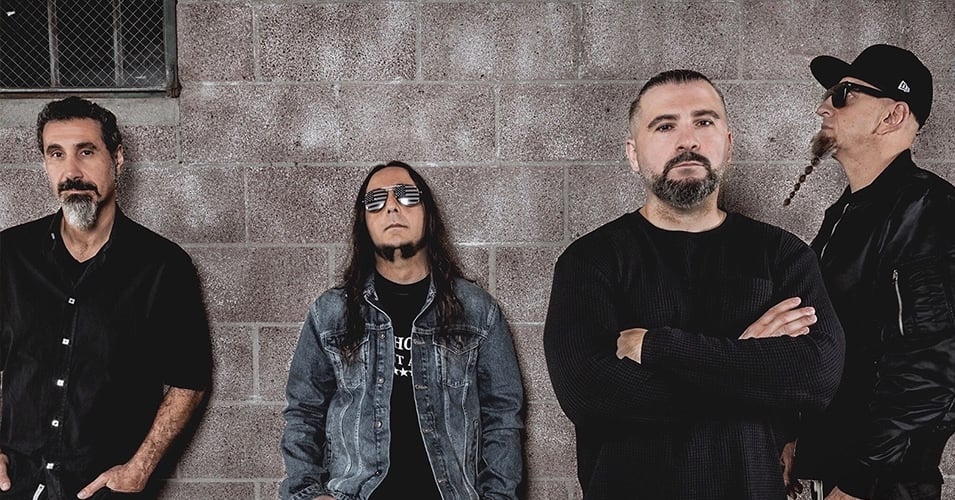 System Of A Down sporadically plays live shows and isn't doing a new record anytime soon. They're not exactly inactive, but they're about a year of no shows away from it.

Despite these intermittent live shows, drummer John Dolmayan told Avenged Sevenfold bassist Johnny Christ in his new show Drinks With Johnny that System's performance is certainly suffering due to these long periods of dormancy.

Dolmayan said System Of A Down had some recent shows he personally wasn't proud of, and that the band's road crew isn't the best they could have. He blames the latter on not consistently touring and therefore not being able to have a professional crew full-time that understands what the band needs.

"I'm gonna be honest with you — we played a couple of shows that I was not proud of recently, because we didn't put in the practice, and we had, like, a skeleton crew. They [are the ones who] set up the equipment, they set up the lights, all the production. All this stuff has to be set up so that we can go up and do our jobs, which is to entertain you ultimately. And these guys all have to work when we're not working. [Avenged Sevenfold] does it the right way — they'll do an album cycle, they'll do a hundred shows, or whatever it is in that cycle, which means they can employ these people for a year to two years. System does it the complete opposite way and half-assed. We employ people for three to four weeks, which means we get who's available as opposed to who we wanna work with long term."

Dolmayan also talks about the band's lack of new music since 2005, and none of what he said is surprising given the ongoing drama.

"We've been enormously successful with each other. So, ego gets in the way a lot. It gets in the way of relationships, it gets in the way of business relationships, and sometimes you lose sight of why you started to do something together. In any industry, but more so in music, people get into their heads sometimes. You've gotta let things go in life. You have to let things go in that you're gonna offend each other, you're gonna have problems. Every relationship has them. So you've gotta get past it and get out of your own fucking way ultimately, and System just hasn't been able to do that. We have some things that have gotten in the way of doing what we do best."