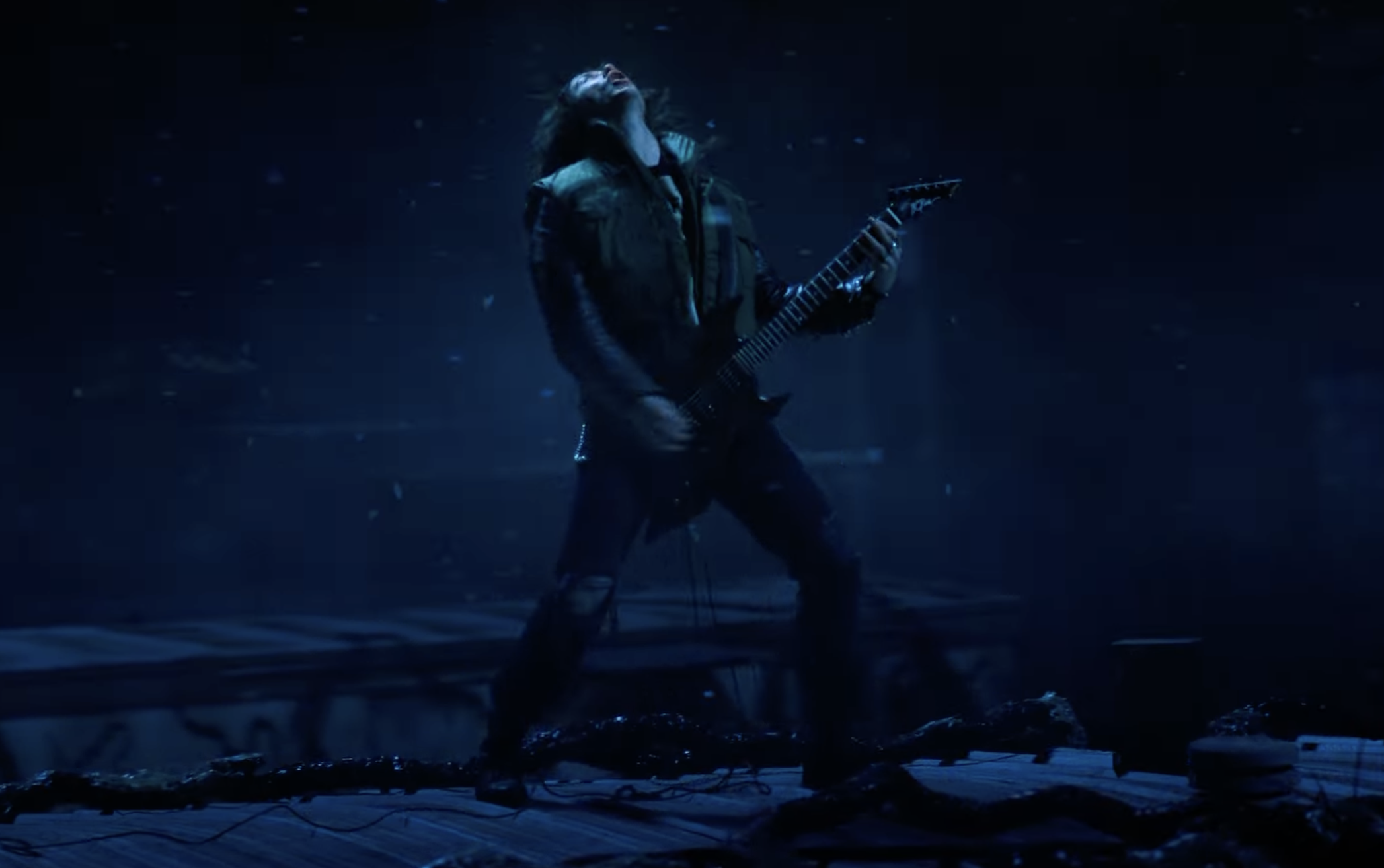 There’s likely no show in the modern era that has made such near-perfect use of the retro aesthetic than Netflix’s Stranger Things. It dominates the nation’s entertainment consciousness, perhaps creating a stir that franky hasn’t been seen since ABC’s surrealist desert island acid trip, Lost, which ran from 2004 to 2010.

Now, Stranger Things—currently in its fourth and final season—has a new cult hero dominating the headlines the way Millie Bobby Brown’s Eleven character did for the first two seasons. The character Billy Hargrove (Dacre Montgomery) held that spot of intrigue temporarily, but it’s not even a contest when it comes to the newest Hawkins homie: actor Joseph Quinn’s zany metalhead Eddie Munson.

Last week, we told you that Munson’s Dio jacket which is featured in the show came from Dio’s own personal collection, and previously, Quinn—who is also a guitarist—explained how listening to heavy metal helped shape the character.

Hot on fans minds, though, is the origin of a guitar solo that Eddie Munson plays in a recent episode. Some prevalent theories are that Munson is playing the solo from any one of the following tracks found below, as one TikTok user—@sadisticmasochist—went so far as to compare the solo in the show with each current theory (which explains the TikTok handle, evidently). Have a listen for yourself.

Spoiler alert: it doesn’t sound like any of these songs. Hate to be a buzzkill, but the likely origin of that solo? A college kid doing an internship to complete their audio production degree who also happens to play guitar. Ok, so I jest. It's probably best if we leave on a genuinely funny note, with an Eddie Munson greatest hits clip compiled by TikTok user @eddiemns_, a Stranger Things fan appreciation account.