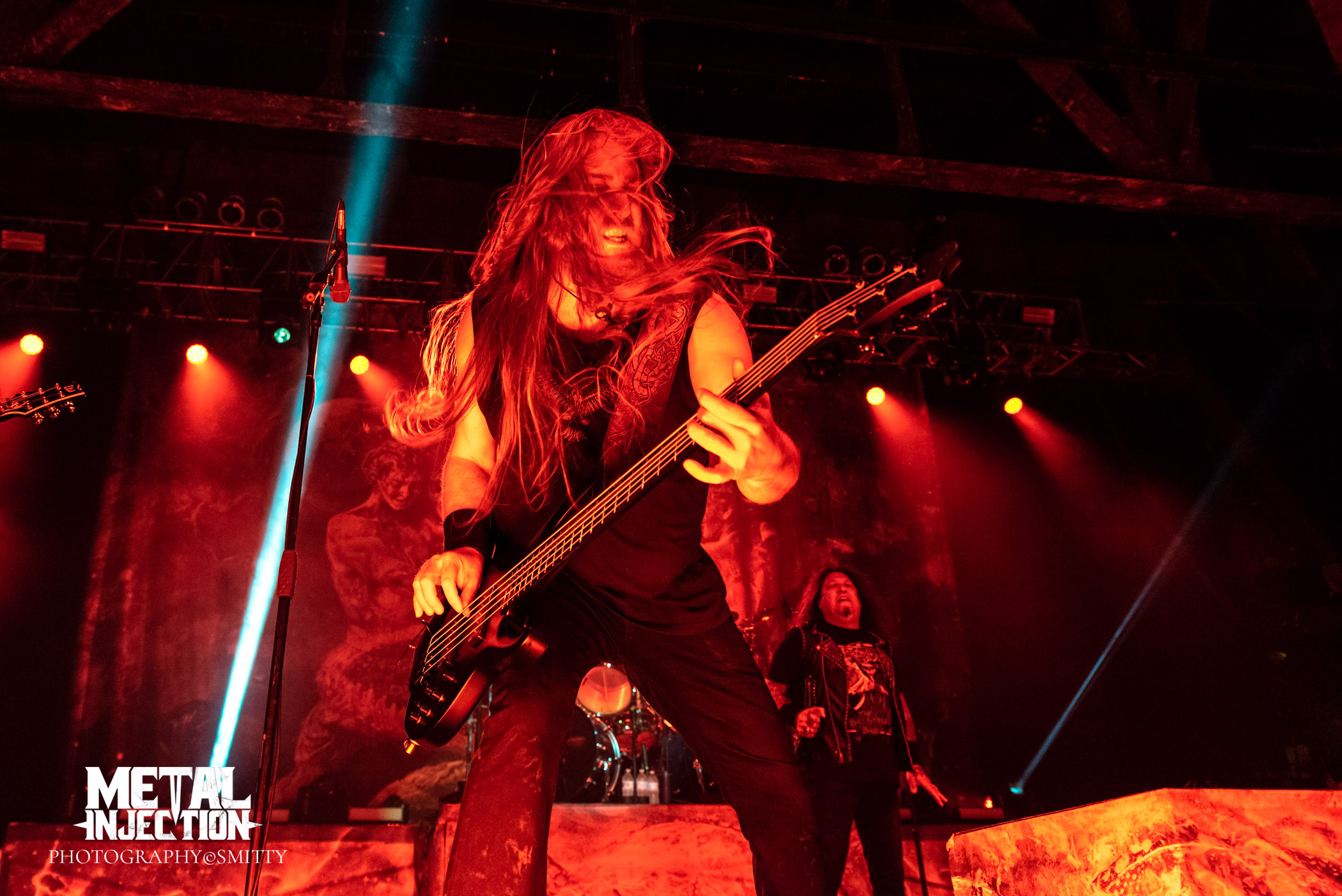 Testament has plenty of tracks to choose from live, but there's one in particular that bassist Steve DiGiorgio wishes they've bring back. In an interview with The Necrosexual, DiGiorgio names The Gathering track "Down For Life" as the one he'd love to break out live. And what better time to do it? The Gathering is the only Testament album to feature Dave Lombardo, who recently just rejoined the band!

"When [drummer Gene Hoglan] was in the band, we would always try to redo the setlist and pick all these killer songs off Demonic or Low. There's a lot of good songs and you know, the OGs – [guitarists Eric Peterson and Alex Skolnick alongside vocalist Chuck Billy] – would be like 'we don't wanna do that.' We're like, 'we're arguing for songs on your catalog. Let's go! Let's make this heavy!' But they like the classics."

"Some of the deeper cuts… I like 'Down For Life.' I don't know if it's a deep cut 'cause it's the second track on Gathering. We played it a lot when the album came out, and then once that song fell off the list, it never came back. It's real Testament to me. It's got the cool drive, it's got thrash, Chuck is singing on point. I wish we could bring that one back."