STEEL PANTHER Isn't Sure They'll Ever Find A New Bassist 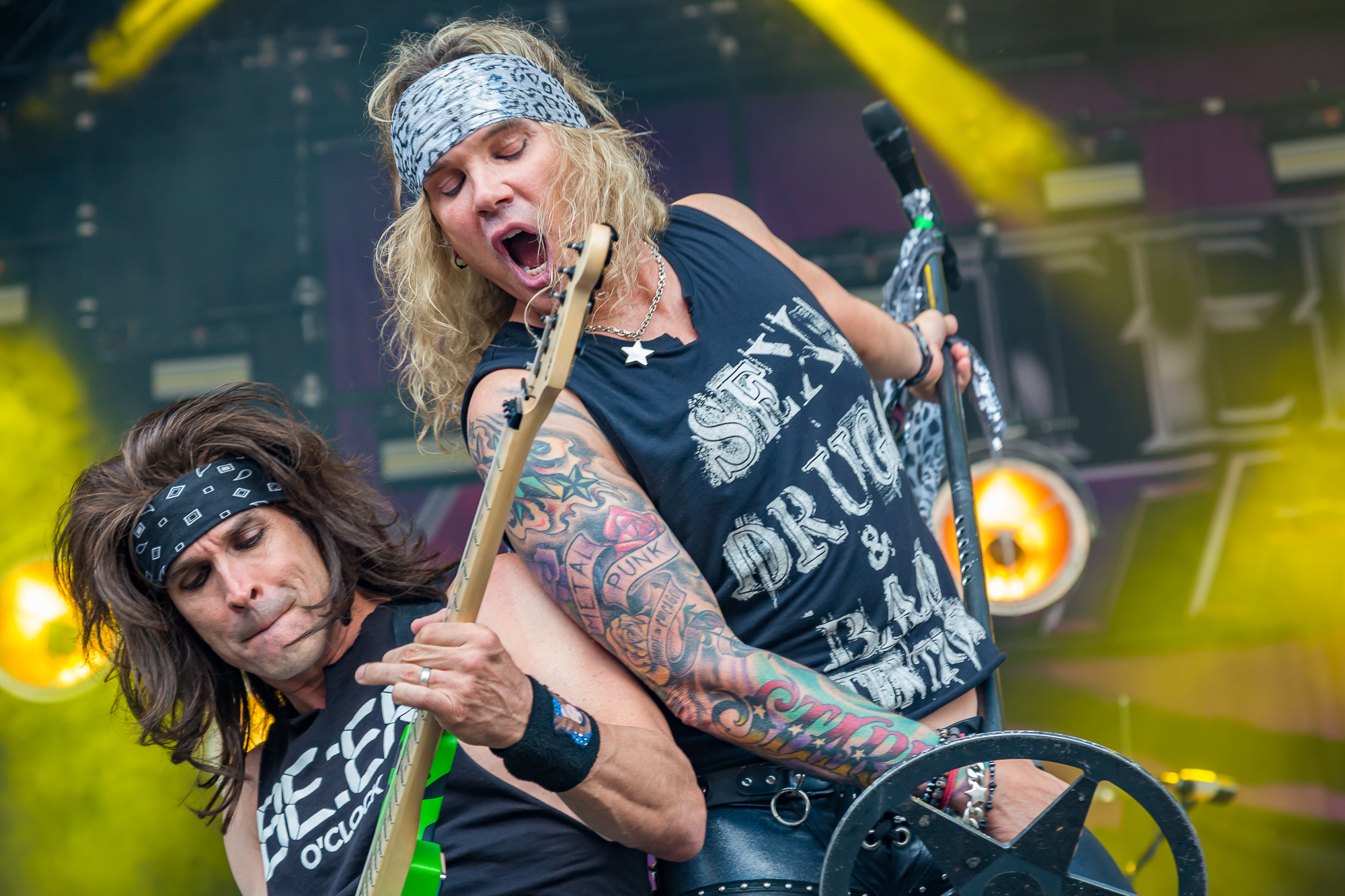 Steel Panther parted ways with original bassist Lexxi Foxx about a year ago. The band has since had numerous live fill-in bassists and received tons of auditions, but they still haven't found the right guy. According to vocalist Michael Starr and drummer Stix Zadinia in an interview with RAMzine, the band isn't too confident they'll ever find a permanent replacement for Foxx.

"We tried out over… We had how many video submissions… probably [over 700]," said Starr. "And we went through every single video. And we did some test runs with some people. And when we find the right guy, you guys will know."

"On this tour, we have our friend Spyder with us, who is a great friend and an even better bass player," added Zadinia. "He's not that great a friend. I'm kidding. He's awesome. We've known him since 1990. He's one of our homies and he's killing it. And we cannot wait to jam with him. But we are still searching for the permanent guy 'cause Spyder's got another gig; he's got a paper route that he works on."

Starr then joked that "replacing him, it's like trying to replace Stix or me — it's impossible. So we may never, ever have a bass player. We might just be trying out bass players until I die." Well, maybe a little seriousness in there too given the lack of a permanent replacement." Steel Panther recently played Hellfest, where Starr did a pretty convincing Ozzy Osbourne impression. Check that out here.