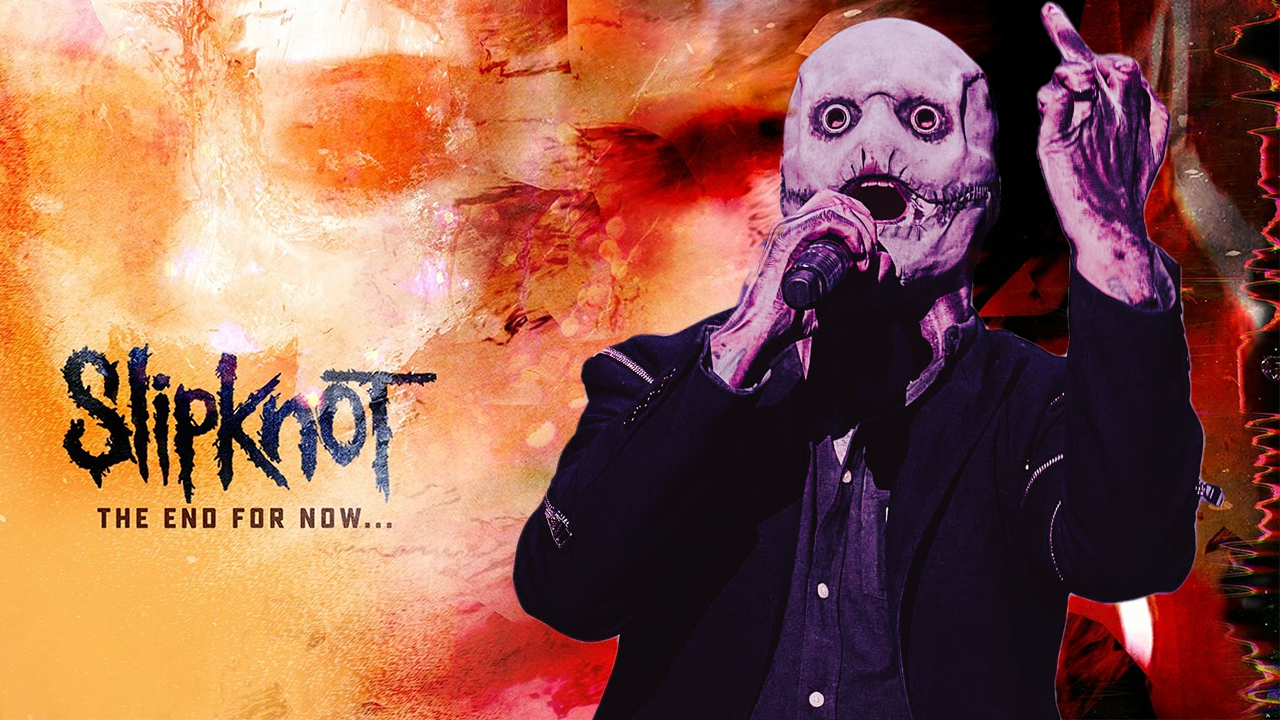 If you pre-ordered Slipknot's new album The End, So Far on vinyl, you might've noticed there's a sticker over the album title on the cover. Peel that sticker off and you'll see that the original jacket has the title The End For Now… below the band's logo. Which is not the album name. One Redditor posted a photo of the vinyl with the sticker removed, while several other buyers have confirmed they've seen the same thing.

So what happened? Simple! Vocalist Corey Taylor said in his recent Reddit AMA "The End, So Far was the correct name. Somebody fucked up and didn't double check with us." Which feels like a pretty egregious mistake to make when you're printing thousands of vinyl with the wrong title on the cover. The PRP also reports that the misprints have the songs "The Dying Song (Time To Sing)" named "Dying Song" and "Hive Mind" as "Hivemind."

The End, So Far is Slipknot's final record on Roadrunner Records, where the band doesn't seem like they were too happy lately. In a recent interview discussing the band's future, Taylor said of their now-former label "Roadrunner is not what it used to be. It's not even a shadow of what it used to be. So there's no real urgency for us to stick with them to do anything. And because all of the people that we started with are gone, and they were fired in a very unceremonious way to the point where the last couple years."