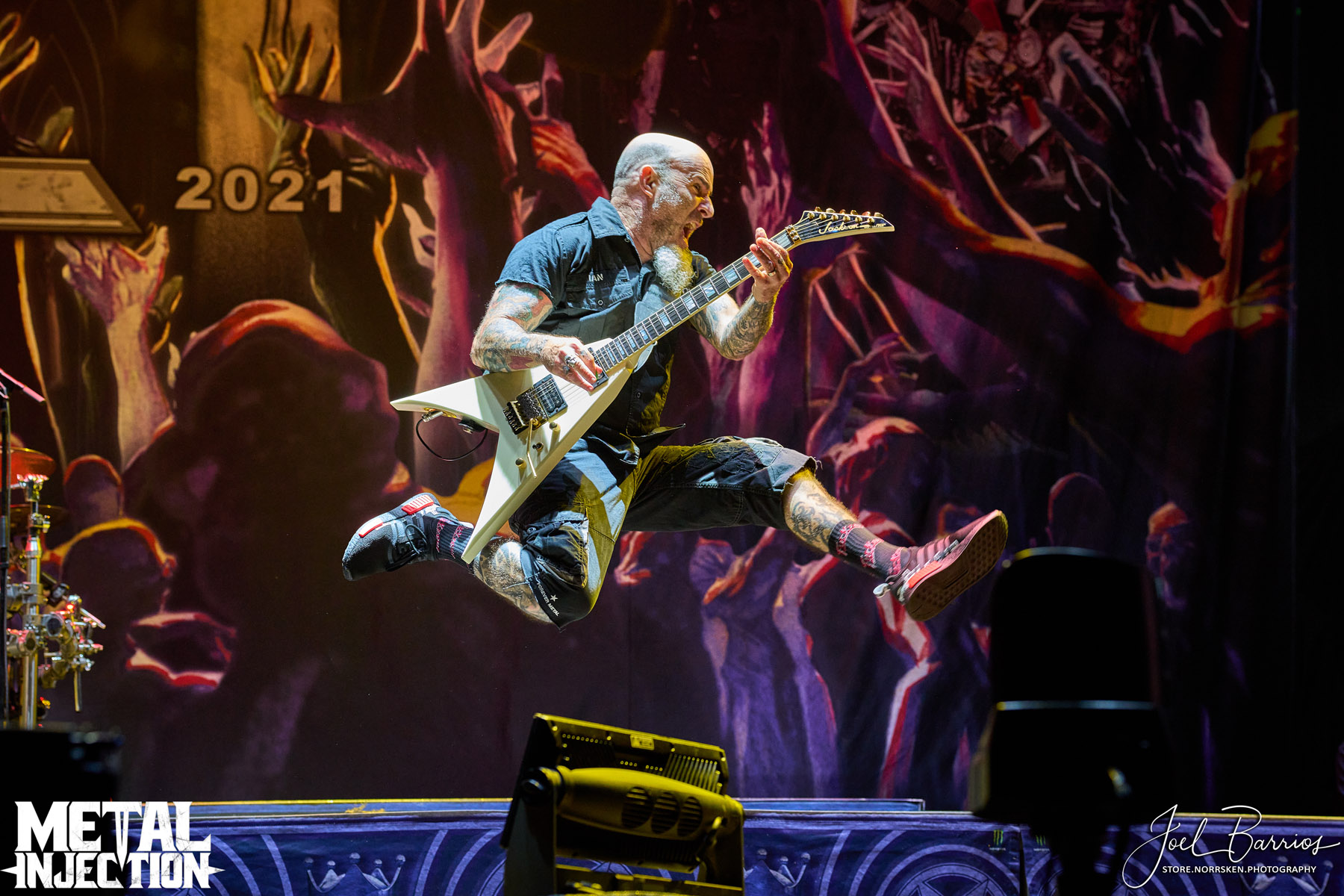 Scott Ian and Anthrax are synonymous with each other. Not just because the mighty rhythm guitarist formed the band decades ago in Queens, but also because Ian's lengthy goatee and riff-playin' face are almost secondary Anthrax mascots. It's practically impossible to think of Ian or Anthrax and not immediately experience some mental conjuring that brings the other into view.

So, if you reasonably assume there isn't a lick or a riff of Anthrax music over the decades that Ian didn't play on, it would be understandable. But recently, while doing an email Q&A with fans for Metal Hammer, Ian revealed there is actually one song he actually skipped as a matter of protest, no less!

The original question put forth to Ian was if there was any song from the Anthrax catalog that Ian would like to erase for good, and that's when the guitarist shared a tidbit of trivia.

It's not the first time Ian has mentioned the cover of the Alice Cooper classic. In a separate interview with Metal Hammer in 2019, Ian said "We did have some alternatives put forward, none of which I can now recall, but in the end 'I'm Eighteen' won out. I suppose we could have considered doing a Motörhead or Maiden song, but they were still too fresh in the mind, really."

Of course, Anthrax is no stranger to the occasional cover song, and while "I'm Eighteen" may not be Ian's favorite, I'm sure he's pretty happy with the results of these other wicked covers the band has wailed on through the years.

"We're getting there! Everything got thrown for a loop for a couple of years. We had started writing before Covid, but then eventually we jumped back in, so we do have eight arrangements and half of them with lyrics. We've got at least another six really, really great things that we just need to start bashing out as a band. We're not that far off!"