Every few years a new Van Halen rumor pops up. David Lee Roth insinuated in 2018 that a stadium tour was on the horizon which would reunite Roth, and the Van Halen brothers with bassist Michael Anthony. Then two years passed, and nothing happened and Roth changed his tune. Last September, when asked about the possibility of a reunion, Roth said "I think Van Halen's finished and this is the next phase," referencing his Las Vegas residency. But, if you ask his replacement – Sammy Hagar, Hagar is sure that Van Halen will reunite with Michael Anthony as soon as it's safe to tour again.

Hagar tells Rolling Stone in a new interview that “Until Ed or Alex Van Halen die, they’re not finished.” He says there was truth to the rumor that the band was talking with Michael Anthony, until Eddie's cancer diagnosis worsened. Hagar added that he heard Eddie "got it together," implying he's recovered from the bout with cancer, leading Hagar to predict “if there’s concerts next year, Van Halen will probably be on tour next year.”

Hagar said “I foresee it happening. I’m not trying to plant a seed like I know something is happening. I know nothing. I just know what I know in my heart and my head, which is that it has to happen. Whether it’s Sam and Dave or not, I don’t know that either. But I know that Eddie and I are not done. If enough water goes under the bridge before we die, it’ll happen. It has to. God is going to slap us both around if he has to.”

Naturally, Hagar envisions a dream tour with both him and David Lee Roth on the road. “My dream tour is the Sam and Dave tour with Ed, Al and Mike. Let [Wolfgang Van Halen, Eddie’s son who replaced Anthony for the DLR reunion] put his band together and open. I have a son, Andrew Hagar, who makes great music. Let Andrew open, let Wolfie play with his band in the middle and then have the Sam and Dave tour where we do an hour each. An hour with Dave songs and an hour with me.”

Of course, if you remember when Hagar and Roth toured in 2002, they hated it each other and just did not get along. It makes Hagar be a realist about the possibility of such a tour happening. “If Dave wants to come out together, we can do that. But of course he wouldn’t want to do that, so I couldn’t care less if I even saw the guy. The truth of the matter is, for the fans, and just for me to be a part of that, I want to to walk out there every night and do the best of Van Hagar and have him do the best of that era. That’s as good a tour as anyone would ever do on the planet and it’s for the Van Halen fans. I love making people happy. And it would make me happy.”

Of course the big losers here would be the fans, because that would be a MONSTER tour. Would you go see it? 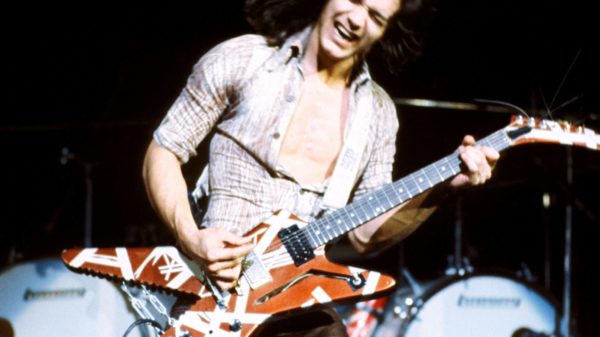 No word on when or where this came from.