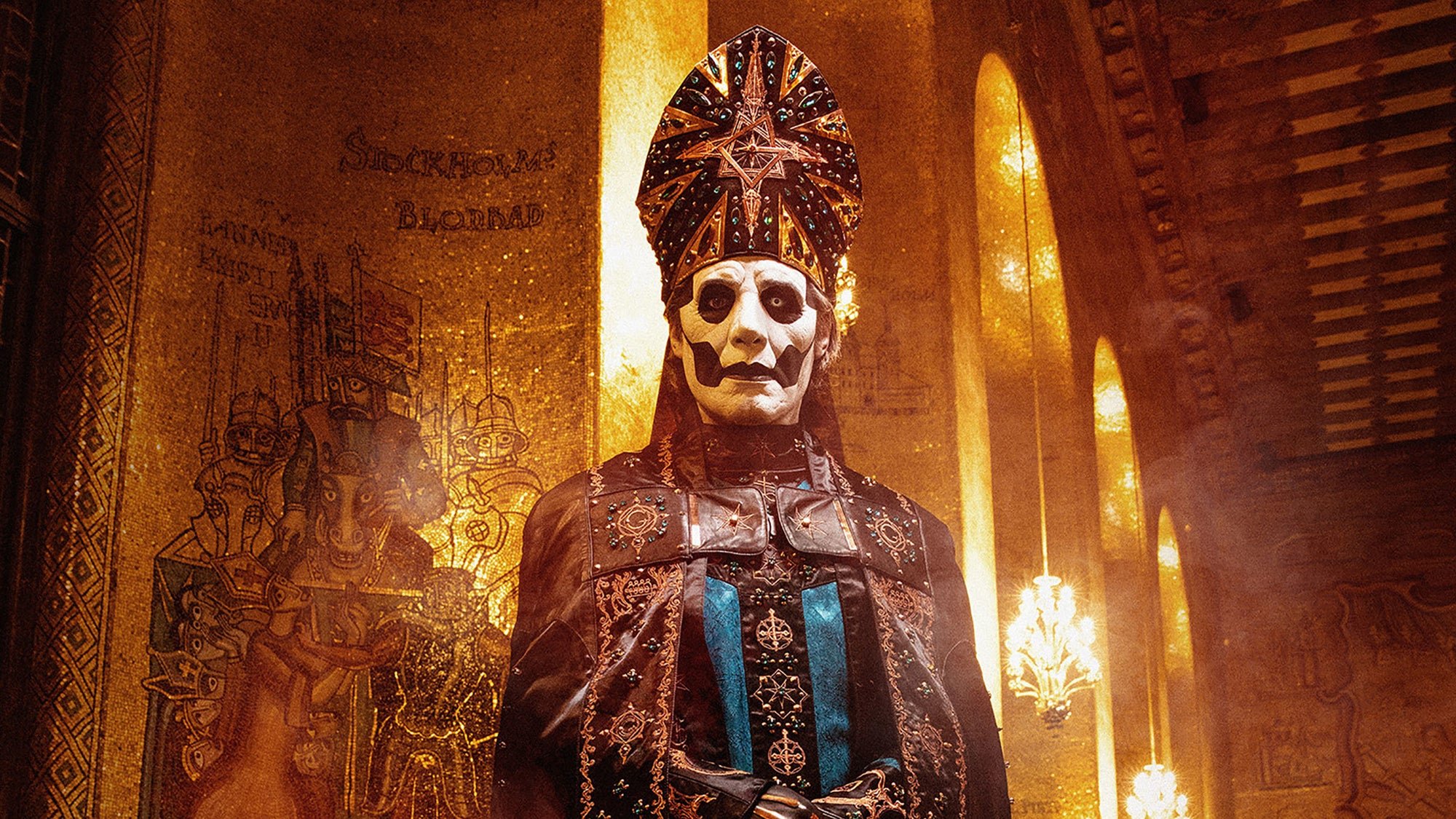 Looks like Ghost is starting to come back to life! After revealing Papa Emeritus IV in a music video in March, the band has now posted a brand new Doom (like Zoom) call between Emeritus himself and Sister Imperator. UPDATE: Ghost has just announced tour dates with Volbeat. Get the dates here.

Emeritus comments that he's getting his look together for everything the band has coming up, which at this point probably means a tour and some new music. This also tracks perfectly with what Emeritus said back in October about a new album not coming until after summer 2021.

Oh, and that insane-looking photo up top? That's Ghost's new photo on Ticketmaster. So prepare yourself.

In an interview with Sweden Rock Magazine, he drills down on the specifics and adds the new record should be out sometime after summer 2021, which would be right around now!

"The plan now is for me to be here [in the studio] writing for another two months until Christmas," said Forge. "The idea is for the album to be recorded in January. The actual recording will last around six weeks and then there's two to three weeks of mixing and mastering. So sometime in March the record should be finished, but it won't be released until after the summer.

"As it looks now, knock on wood, we will then go on tour. We won't release an album until we know that we are actually going on tour. The album release will coincide with the start of a tour. Of course, we could announce an album release date and then, for some reason, it might not be possible to tour, but that's a whole other matter."

Ghost spent the majority of 2020 in the studio writing a new album that will be fronted by Papa Emeritus IV. In a 2019 interview with 1428 Elm, Forge noted the new album will have "slightly more riffage" than the 2018 album Prequelle.

"I always say that each new album is like a reaction to each of the previous so since Prequelle is not a hard rock or heavy, heavy metal album, the natural reaction to that will be to write something that isn't — I don't want to use the word 'soft.' It will be different from Prequelle, the same way Prequelle was different from Meliora, etc. I'll write a record that we don't have yet, because otherwise what's the point? But I definitely have an album in mind with slightly more riffage."