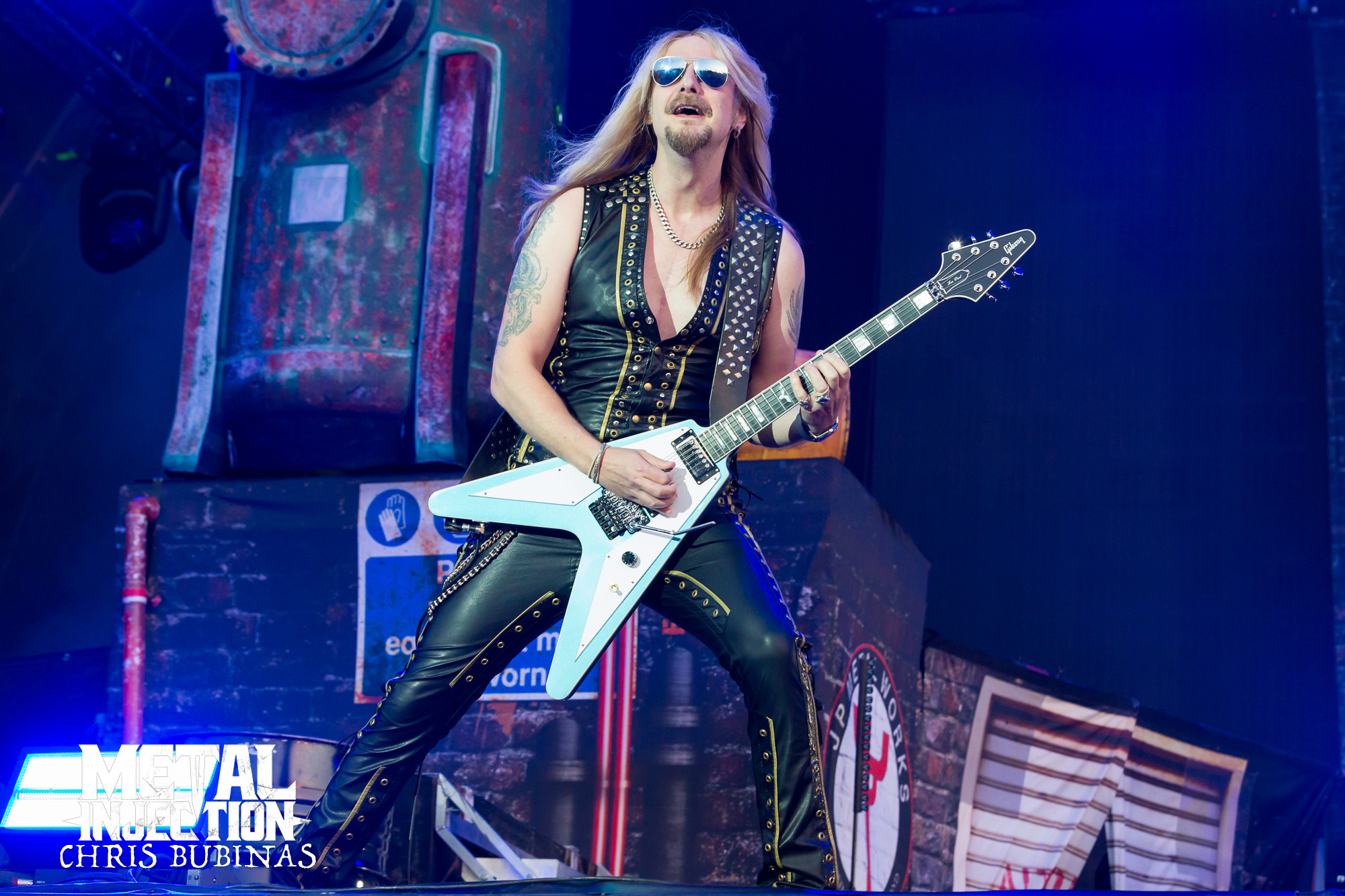 Richie Faulkner suffered an aortic aneurysm while on stage with Judas Priest at Louder Than Life 2021. Faulkner was rushed to the hospital where he underwent a 10-plus hour open heart surgery to save his life, and has since returned to both performing and recording with the band. Now in a new post to his Facebook, Faulkner reveals he had to undergo a second open heart surgery earlier this year. Faulkner states the second surgery was planned (not an emergency), and was the reason Judas Priest had to drop off Aftershock Festival this June.

As always, we wish Faulkner all the best with his health and it's smooth sailing from here on out.

"One year ago today. Less than an hour before my life changed forever. It's crazy how one minute you're listening to the crowd singing ['War Pigs' by Black Sabbath]- everything normal, everything seemingly fine- the next it turns out that it was almost the last time I ever heard it. Unbeknownst to me there was stuff going on under the surface that was about to literally explode. I'm fortunate and grateful to be here a year later typing this. My support system at home, the hospitals and of course from all you metal maniacs has been second to none and I thank you all.

"I'm not completely out of the woods yet. Just before we toured Europe, scans showed a hole in one of the connections between the synthetic graft and my own aorta that was causing a leak. The blood from the leak was forming an 8cm sack that was surrounding my heart. The doctors were okay for me to tour Europe, but as soon as I got back I had to go under again for another open-heart surgery. So 3 days after we played Belgium, they went in, removed the sack and fixed the leak.

"So I'm now six weeks post the 2nd open heart surgery, feeling well and strong and Looking forward to seeing you all again on the next leg of the US #50heavymetalyears tour starting in a few weeks. My surgeons were always confident that it was enough time for me to recover and get back out on the road and it seems like they were right. We had to lose [Aftershock Festival] in order for me to recover, but it looks like it's still gonna be a Kick-Ass festival.

"Look after yourselves and your loved ones, you never know what's round the corner. Stay safe and see you all soon."

In this article: richie faulkner