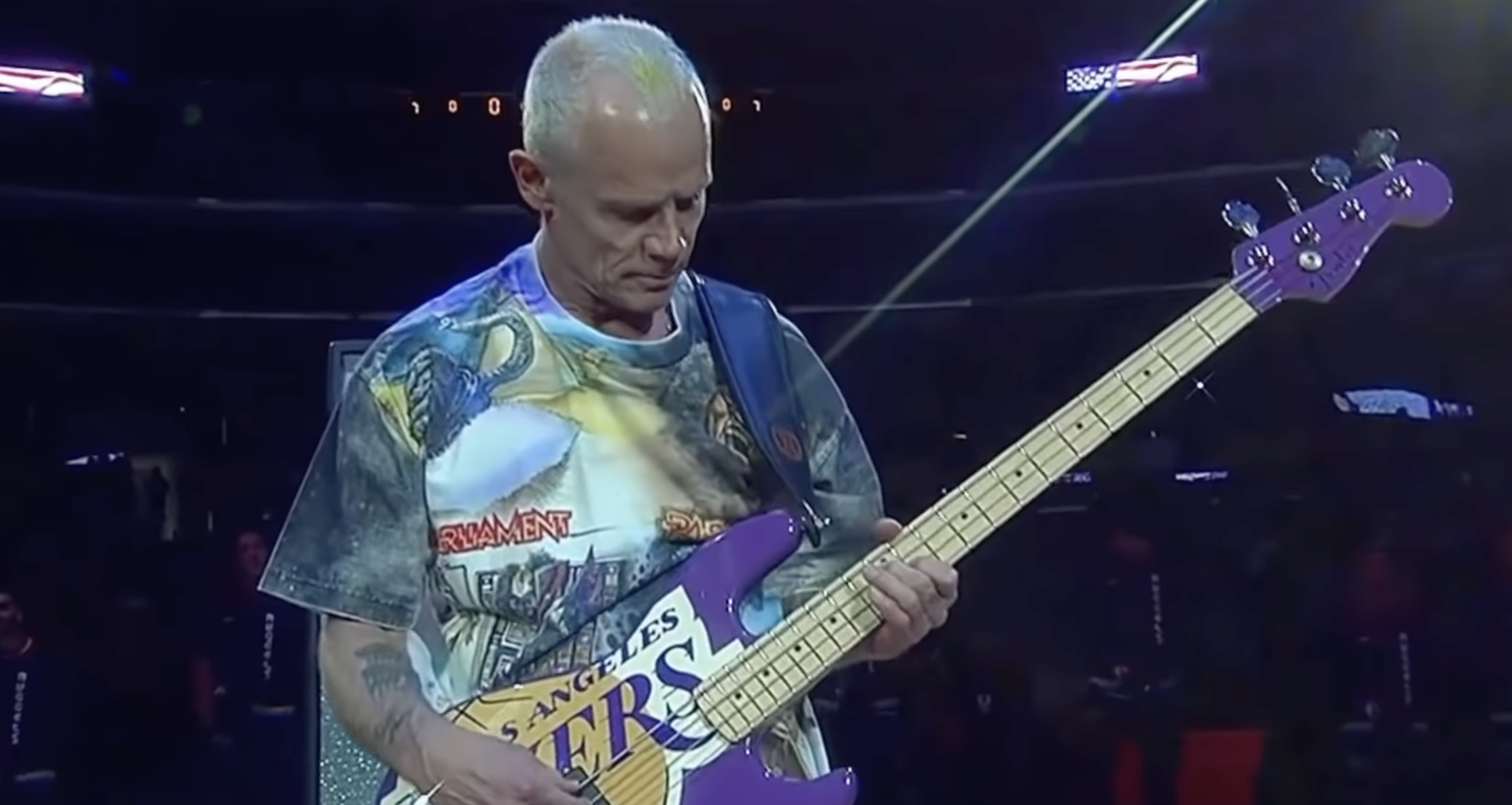 Appearing on The Howard Stern Show earlier this month, the Red Hot Chili Peppers talked about touring with Nirvana during the definitive grunge band’s earliest days. The Chili Peppers were on a promotional tour in support of their latest release, Unlimited Love. During the interview, Stern asks about a Chili Peppers tour in 1991 that also featured Nirvana and Pearl Jam as the support acts.

“When Blood Sugar Sex Magik came out, it was an amazing time in music,” Stern said. “To put it into some kind of perspective, you guys were on the road with Pearl Jam as the opening act, Nirvana was in the middle, and you guys were the closers — that is an amazing moment in music, I can’t imagine what that tour must have been like.”

“I remember just feeling, like, they’re [both] good bands, but Nirvana, they were really carrying a heavy magic with them,” said Chili Peppers’ bassist Flea. “[There was] just this feeling like they are an entity to be respected.”

The tour Stern references is the initial leg of the Chili Pepper’s tour in support of Blood Sugar Sex Magik, which was released on the same day as Nevermind, on September 24, 1991. Neither Nirvana or Pearl Jam had broken through yet, “grunge” was neither a sound nor an aesthetic, and the Supersonics were still the Kings of Seattle. But by the end of 1991, things had changed dramatically, and Nirvana would soon no longer be opening for anyone. Coincidentally, on the next leg of the Blood Sugar tour, Nirvana’s vacant slot was taken up by none other than the Smashing Pumpkins, who were about to blow up the airwaves on their own with their landmark album Siamese Dream and the smash-singles “Today” and “Disarm.”

Guitarist John Frusciante, who rejoined RHCP last year after a long hiatus, had only joined the band for the first time in 1988, about a year before Nirvana’s Sub Pop Records debut, Bleach. He told Stern and his audience, “When we were playing together in ’88, ’89 — when we were still playing in the clubs — it really felt like a life or death thing, that we had to succeed at what we were doing. Not just commercially, but our shows had to have an energy, our shows had to move people, people had to be dancing. Our styles were in large part developed because we put ourselves under that pressure of wanting to be good.”

Speaking of pressure, shoulders should feel a little lighter in the Red Hot Chili Peppers camp these days, as the much-anticipated Unlimited Love has been met with critical and commercial success. It’s their first album of new music in six years, and their first with Frusciante since the double-album Stadium Arcadium in 2006.

2022 has actually been an eventful year for the West Coast punk-funk-alternative metal bands of the late 80s and the 90s. Tool reentered the top Billboard Top 200 Album charts last week with the release of the vinyl box set for Fear Inoculum. Primus released their first new music in 5 years, the EP Conspiranoia, which is some of their finest original music in decades. Jane’s Addiction will headline the closeout evening of Lollapalooza—which is celebrating its 30th anniversary—on July 31. And Rage Against the Machine will finally embark on their twice-postponed "Public Service Announcement" North American tour with Run the Jewels starting July 9.