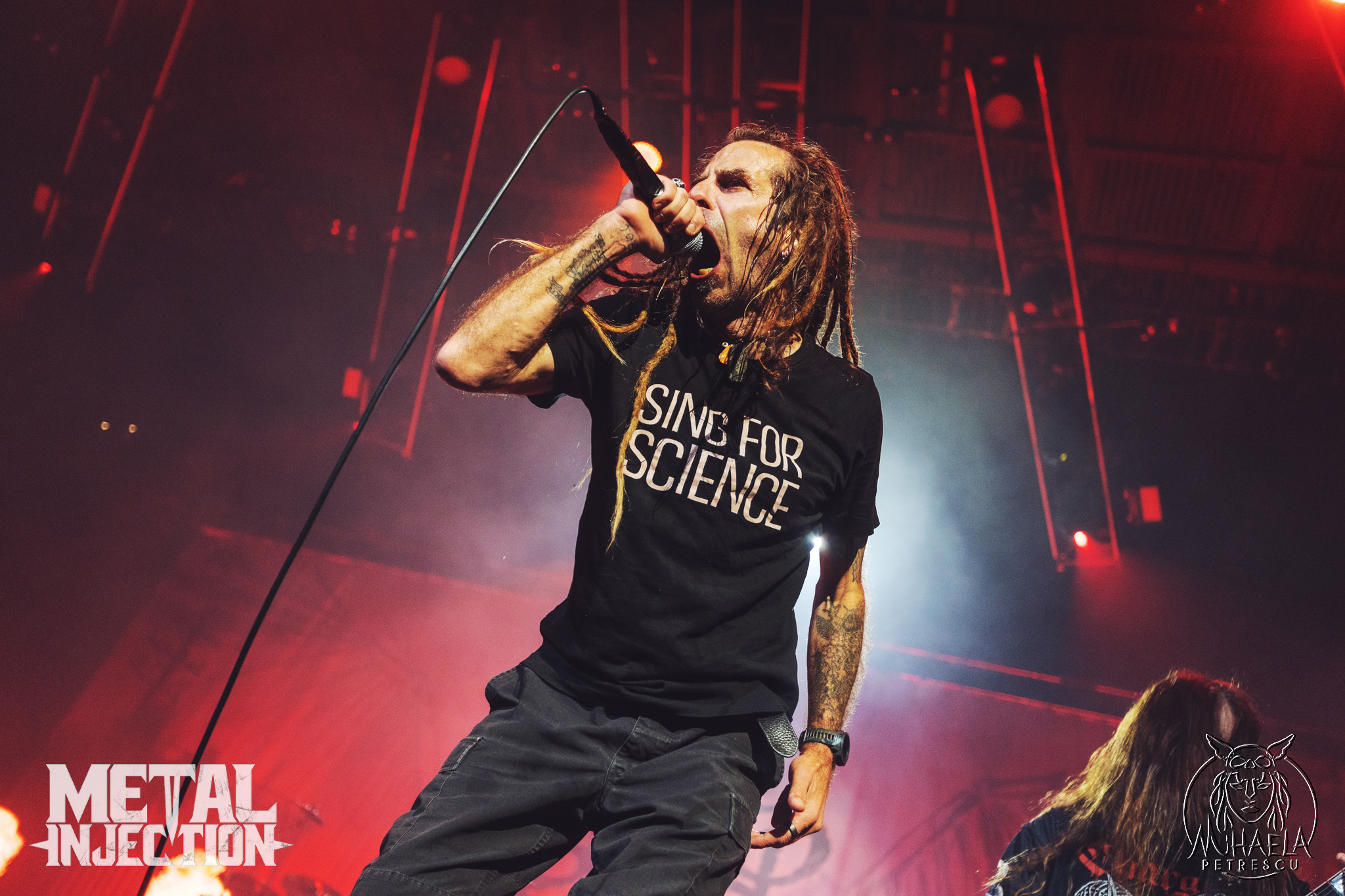 In a really great conversation with Jesse Leach of Killswitch Engage and his co-host Matt Stocks on a recent episode of the Stoke the Fire podcast, Lamb of God vocalist Randy Blythe shared his thoughts on what he thinks makes a perfect front person. It's an age-old debate, but when you have masters of the trade weighing in, you get a sense of what it's really like to carry a band—in a live setting, at least—from those that do it night after night.

"There are guys in their closet with their YouTube rig or in their garage who can outsing either fucking one of us," Blythe told Leach and Stocks. "There is no doubt about it, man. They have more talent, natural talent, in their little pinky than either of us (referring to Leach). But the difference is… I think one of the main requirements to be a frontman, a good frontman — actually, the only requirement, probably; I mean, you've gotta have some talent — is a willingness to get up in front of people and make an idiot out of yourself and be really bad for a while until you become good."

Blythe continued by saying, "…. [T]hese people with all this natural talent, it doesn't fucking matter unless you can get in front of people and do it, and you have to do it with a group of people; you have to feel that bond; you have to deliver."

You can watch the full interview with Blythe, Leach, and Stocks below.

Randy, to me, has always been a performer akin to H.R. of Bad Brains; you don't get the complete, batshit-raw aggression of an H.R. performance by viewing it on a small screen (though, that is rather enjoyable). And the same goes for Blythe and Lamb of God. So, I think what Randy is saying here is that you can't just post it, you gotta live it.

And as far as audiences go, there's a massive difference between 25,000 "views" and 25,000 people screaming their heads off. Nothing beats human interaction, and that's frankly not even a horse race. Still, to hopefully captivate thousands of people someday, one has to be brave enough to shit the bed in front of a handful of them, and I like to think Randy would agree with that takeaway.

Naturally, we don't want to discourage YouTube performers from doing their thing, something we like to celebrate whenever we can. We just dig where Randy is coming from on the subject. Lamb of God dropped a third single last week from their forthcoming Omens LP—"Greyscale"—and like its predecessors, it fucking pummels. You can check the video out below. Lamb of God will release Omens everywhere on October 7.

In addition to Omens, Lamb Of God ware currently on the road with Killswitch Engage and openers Baroness, Motionless In White, Spiritbox, Animals As Leaders, Suicide Silence, and Fit For An Autopsy (depending on which date you go to). Get those dates below and pre-order Omens here.

w/ Motionless In White & Fit For An Autopsy

w/ Spiritbox & Fit For An Autopsy

w/ Animals As Leaders & Fit For An Autopsy

In this article: Killswitch Engage, Lamb Of God, Randy Blythe