Paul Bostaph Says New Project with Kerry King Will "Sound Like SLAYER, Without It Being SLAYER" 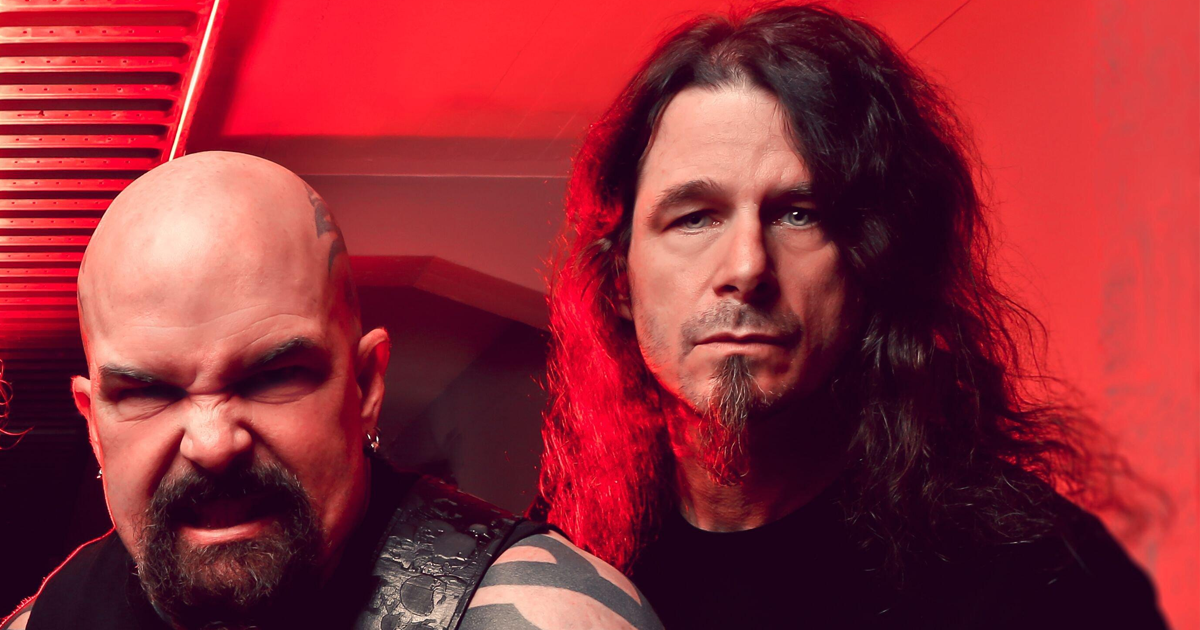 Here we are speculating if Paul Bostaph is in Kerry King's new band, and he just goes ahead and confirms it.  The rumor is that King recruited Bostaph, Phil Anselmo on vocals, and Gary Holt on guitar. Blabbermouth just caught wind of a new interview Bostaph did with Australia's Riff Crew where he was asked about the musical direction of his new project, and he had no qualms answering the question.

When asked about the musical direction of the new album, Bostaph said  (shocker) you can expect it to sound like a Slayer record.

"I guess the best way to put it is Kerry writes what he writes. Is this gonna be a rock and roll record? No. Is it gonna be what you want it to be? Yes. Is it gonna be what you expect it to be? Yes. It's not gonna be some rehashed stuff… It's gonna sound like Slayer without it being Slayer — but not intentionally so. I mean, Kerry's been writing songs in Slayer his entire career, and he has a style. And that style, as a songwriter, you just don't change your style because your band is done. But that's what you love to write.

"Are things gonna maybe morph over time? Yeah. I would imagine so," he continued. "I don't think the first song Kerry wrote as a kid is the same as the last song he wrote for [Slayer's final album, 2015's] 'Repentless'. Songwriters do change over time based on their influences and how they feel at the time.

"Kerry's on fire right now. So, all I can say is if you like heavy music and you like Slayer, you'll like this. Is it gonna be Slayer? It's not gonna be Slayer — Slayer is done; they retired…

"The thing about it is that we don't wanna sound like 'Baby Slayer,' you know what I mean?" he added. "There is Slayer. But it's gonna be good — it's gonna be really good. I've been listening to the music and I just cannot wait to get into the room and start jamming with Kerry.

"Part of it for me is that I don't have to… And this is not an insult; it's definitely a compliment… I don't have to drum under the show of [original Slayer drummer] Dave's [Lombardo] drumming badassery. That's a good thing to do, but I might be able to stretch out a little bit and do some things that I like to do and still make it fit within the framework of what we're doing. I'm looking forward to trying some things that I've wanted to try within Slayer but couldn't, just because I didn't have it developed well enough. And we'll see if I can make some of that stick in some of the new music."

Bostaph eventually concluded "Right now, the formula's gonna be the same. I know how Kerry writes."

So, no shocker, Kerry King is going to write music that sounds like Kerry King's music!

In a recent interview with Dean Guitars, King offered an update on how much new material he has been writing lately.

“I’ve been very, very lucky with riffs in 2020. Maybe because I can’t go anywhere — I don’t know — but riffs have certainly not been a problem. And looking forward into the future, what that means for me is I’m gonna be able to cherrypick the best stuff. And it’s good stuff. I’ve got more than two records’ worth of music, but to be able to go through that and cherrypick the best 11 or 12 [songs]… That first record should be smoking.”

King makes it clear that the music is a solo project at the moment, as he's not clear who he's playing with just yet.

“Right now, I’m the only lyricist, because I’m the only one writing music, because I’m not positive who everybody is that’s gonna be playing with me. So it’s all on me at the moment. So, actually, I’ve actually gotta cherrypick those songs, pick my 10 or 12 favorites and actually start trying to put lyrics on them, just to move the process forward.”