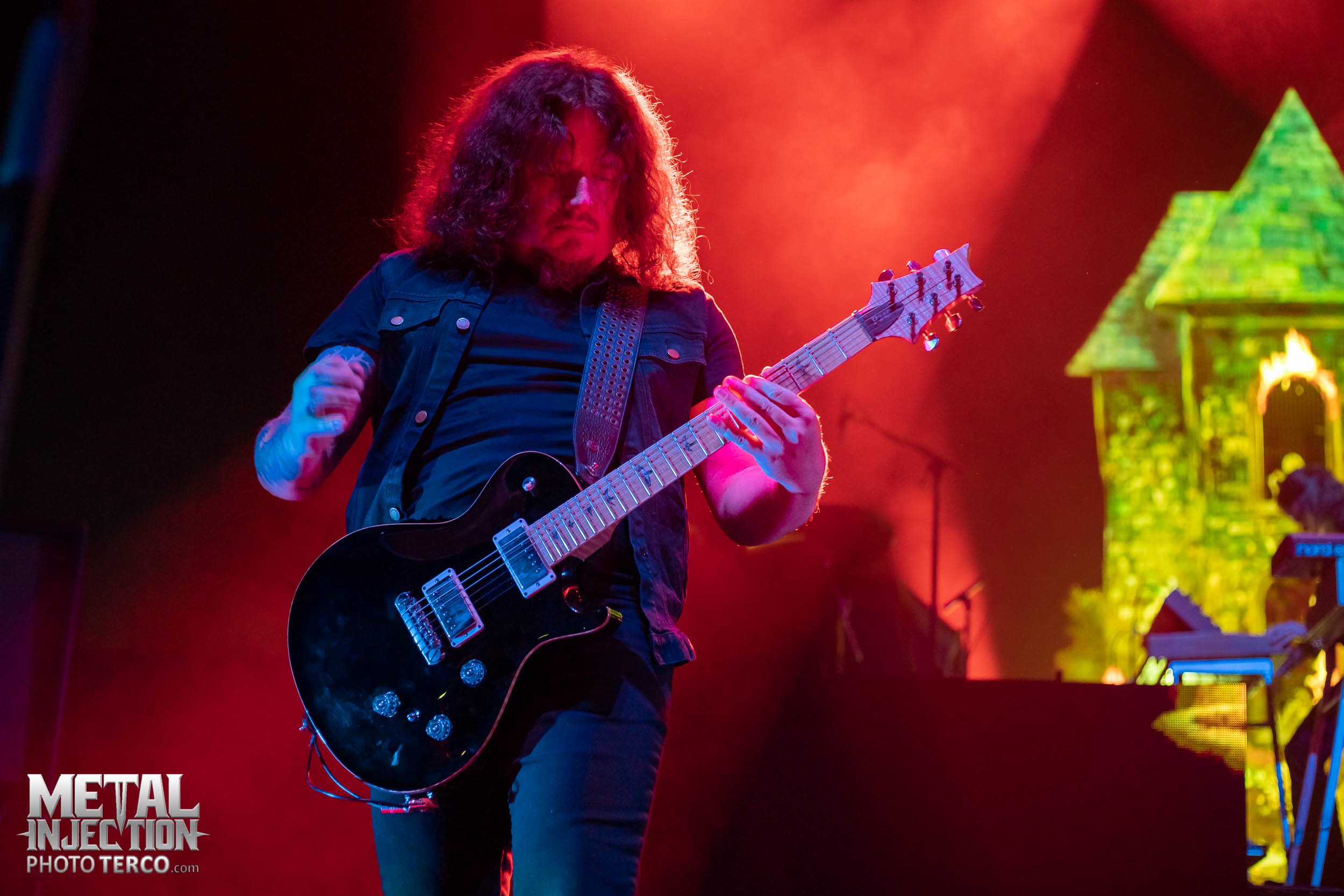 Opeth guitarist Fredrik Åkesson had to tone things down a bit on the new Ghost album Impera. According to Åkesson in an interview with Guitar.com, his original ideas for solos were too over the top and had to be scaled back to fit the music better.

"It was very different [to recording with Opeth]. It was more of a session job. I thought I was going to be able to design a few solos but [Ghost mastermind Tobias Forge and producer Klas Åhlund] thought they were over the top. I had to scale it down, with more melodic solos – more constructed. Tobias and Klas were very picky.

"I haven't really done that kind of recording before, where I'm being so analyzed in everything I do. I didn't have a problem with it; I thought it was pretty interesting."

Åkesson was called in to play on Impera because Forge said he didn't really have the time to practice and stay up to speed. Despite the limitations, Åkesson said he had a good time recording the album and would definitely do it again.

"Yeah, definitely! In the end, I had a good time. I'm very picky also when I record stuff so I liked the focus on the details. I never put down so many layers of guitars in a recording before. Some tracks, there could be 16 channels of guitars. Some rhythm packs were, like, eight guitars. It was like craftsmanship, getting these massive walls of guitars done."

Also, he says the market is saturated right now with too many bands on tour, and bands are hurting.