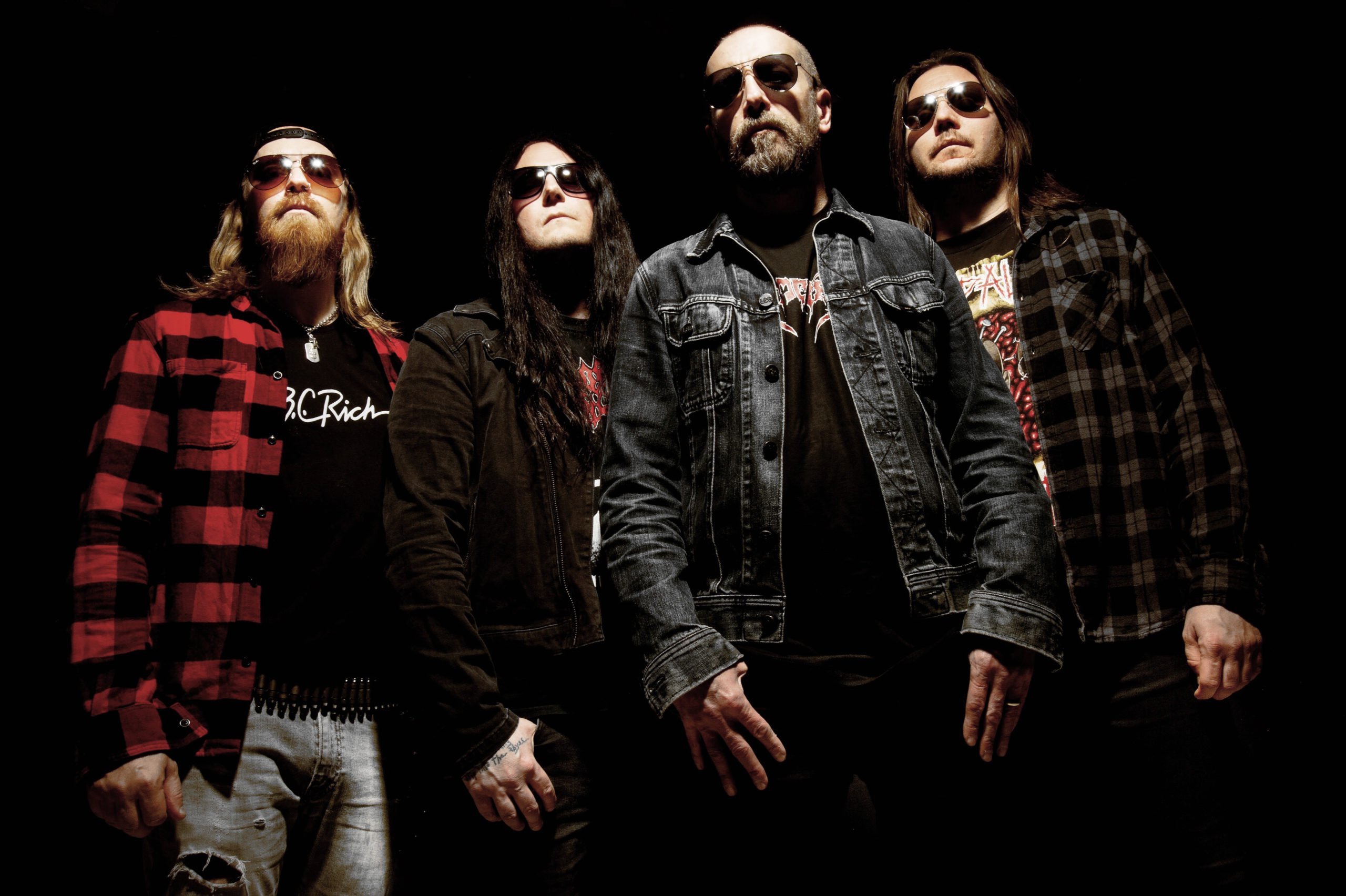 If you've seen Bloodbath in the past few years then there's a pretty good chance you've seen them with Paradise Lost drummer Waltteri Väyrynen behind the kit instead of Martin "Axe" Axenrot. Though in an interview with Blabbermouth, vocalist Nick Holmes assures everyone that Axenrot is still in the band despite only appearing on studio material lately. Holmes also notes that Axenrot was recently fired from Opeth after not getting the COVID vaccine and therefore not being able to play some shows.

"He's still in the band as far as I'm aware. I haven't seen him for three years, maybe more. Waltteri's has been playing drums with Bloodbath more than Axe has in the last couple of years. I mean, he was working with Opeth prior to the pandemic, so he decided to take a backseat to the live shows and Waltteri did the live shows ever since. He's still in the band. The whole pandemic — he didn't want to get the vaccine, so that caused issues with travel and touring with Bloodbath when they started to go out again six months ago. That caused them issues there. It's come over to Bloodbath for sure."

Holmes also commented on Bloodbath's recent cancellation of North American shows, saying the band applied for their visas in an appropriate amount of time and that all the bureaucratic red tape screwed them over.

"We applied for the visas in very, very good time. People talk — you see people's comments and it's not our first rodeo. We've all been to America. It makes you laugh when people honestly think we didn't put any time into it. We know all about that stuff. We were not getting the information back. We don't know why not, but I think it could be because we're applying from different countries. That could have something to do with it. But that's a guess. I don't actually know. Or maybe it has to do with the pandemic and lockdowns and extending the applications. I don't know, but we've been unlucky with the times we tried. We will continue to try to make it happen."