In late January, Ne Obliviscaris made a rather brief statement that it had let bassist Brendan Brown go due to "irreconcilable personal differences." The band has now come forward with an incredibly lengthy and insightful statement, discussing that it has let Brown go due to allegations of domestic violence. The post goes into Brown's personal history, and is told from both the band's perspective and Brown's perspective.

Here's what Ne Obliviscaris had to say about the unfortunate situation.

Last week we let go our bassist Brendan Brown due to recent allegations of domestic violence. At the time we were advised by a lawyer to not release details publicly of the circumstances surrounding his dismissal, until Brendan had made a statement disclosing the details himself. Unfortunately in the time it took for the statement to come out, the real issues of domestic violence and mental health were cast aside by some to engage in a smear campaign against the band.

Yesterday a certain website published an article claiming to have proof of a grand conspiracy by the band to cover up these allegations over the years. This is completely false and we will be taking legal action against those involved.

Their apparent “proof” was a Facebook comment from Brendan’s Mum stating that we were aware of a domestic assault charge against Brendan from 6 years ago because Tim attended court with Brendan. It is correct that Tim attended court in moral support for Brendan back in 2010 after a domestic incident between him and his Mum. However, the nature of the incident was such that although Brendan pleaded guilty to the charge, the judge decided that no conviction was warranted due to the complicated nature of the incident and their relationship in general (which is detailed in Brendan’s statement below). Even though this situation was very unfortunate and Brendan had clearly done the wrong thing, we also sympathized about his very difficult home life (at one point Brendan had to live with Dan and his parents when they were in their late teens due to the toxic relationship with his Mum) and tried to help him through the whole process.

This was the only allegation we were ever made aware of at any time until recently.

Several people have said online that they knew of other allegations for a year, two or even more – so therefore we must have known about them ourselves. However, none of these people actually came to the band directly to tell us what they had heard.

Once we were made aware of these allegations and investigated them ourselves we acted straight away to try and get Brendan to seek help and made the decision to remove him from the band. Moving forward the band won’t be making any further comment on Brendan’s departure.

Brown discusses his side of the story as well. Browns' statement includes resources for domestic violence, and an incredibly lengthy apology. Obviously we wish Brown the best of luck in getting himself back together, and in both his and Ne Obliviscaris' future endeavors.

"I have many regrets in life, but if there is ongoing pain and suffering caused because of my past behaviour towards anybody, man or woman, this would be my greatest.

It is only now after Ne Obliviscaris have kicked me out that I fully realize the extent of damage I have caused to people over the years and how badly I need to get help to get my life back on track. I understand this will be a long path of redemption. I still have a lot of demons to overcome.

Having grown up in a severely abusive household, I have long struggled with the long-term psychological ramifications that follow maltreatment which at times has lead me down dark paths with drug and alcohol abuse. There is nothing that I would rather seek to prevent than for those same horrendous experiences to be pushed onto another individual. As a child I was physically and sexually abused by my mother Linda Brown and other members of our family. This is something I have only told in private to psychologists and those very close to me such as my girlfriends at the time. As my entire life is completely under scrutiny by members of the public I have no choice but to set the record straight if I have any chance at redeeming myself. After enduring over a decade of severe abuse I finally stood up for myself and during an altercation with my Mother I attacked her back knocking her down which lead to her hitting her head on the concrete as she fell. I attended court for recklessly causing injury and pleaded guilty. I told the police and court as to why I retaliated to her attack instead of walking away. I was not convicted and a family restraining order was put in place so I could not go anywhere near the property nor could I get my possessions. During this time I stayed on Tim Charles couch and he attended court with me for support. He is in no way involved with this matter other than being a pillar of support at the time which I am forever grateful for. I also want to add that in no way was the band aware of any other incidents or altercations in any way. I have not spoken to my mother since the incident in 2010, despite her numerous attempts to message me and harass members of my band. She attempted to attend one of my concerts at the Espy and made snide remarks towards my girlfriend Rachel, and I told security to keep her away from me. I will gladly release the full police statements if anybody doubts this.

I state unequivocally and on record that this is the only time I have been involved with the police for claims of domestic violence. For the absence of doubt, I will continue to condemn any form of domestic violence and violence in general. I deeply apologise to anyone I have ever negatively affected through my past actions and acid tongue. I have long struggled with Bipolar disorder and ADHD and I often go from heights of mania and productiveness to absolute crashing self destructive lows where I will lock myself away in my dark room for weeks at a time pushing everyone close to me away. I am currently on medication for these conditions and involved in counselling, but this was not always the case. In the past I have battled addictions with numerous illicit substances which combined with mental health disorders have made me an unpredictable character at times, and I have lashed out at people close to me both physically and verbally. I am deeply sorry to anybody that has been victim to this inexcusable behaviour.

If anyone is a victim of domestic abuse please speak to someone and go to the Police immediately. Do the right thing and speak to authorities and have it dealt with in the court of law at the time. The authorities are there to help and take these matters very seriously. You can also call 1800737732 and visit whiteribbon.org.au. As for drug abuse contact 1800888236. They have been very helpful to me in the past.

I am immeasurably grateful to have a loving partner who is both supportive and comforting during this trying period and I similarly appreciate the hundreds of messages of support from my friends and fans worldwide. It is your words that gave me strength to persevere and seek professional help so I do not relapse during this trialing time and continue to hurt people and hurt myself.

For the last thirteen years I have lived and breathed through Ne Obliviscaris. It’s the only thing that has given me solace and helped me deal with my past. A platform to inspire others. I have participated in multiple world tours and played hundreds of shows to thousands of fans and broken many boundaries with Crowdfunding and Patreon subscriptions. These are memories I will forever cherish. I do not regret a single moment I shared with the band. I have made fans and friends worldwide and met so many of my personal heroes along the way. I live for music and will continue to do so with many more personal and solo projects to come in the years ahead. I will not allow for this to ruin all that I have worked hard for as a musician and will continue to be kind and supportive to others, rebuild trust with those who I have disrespected and most importantly work on myself to be the best person I can be and seek further counselling and therapy. This experience has taught me the true value of family, friendship and faith.

I wish the band all the best for their future endeavours and I will be following from afar, hopefully our paths will cross again soon. 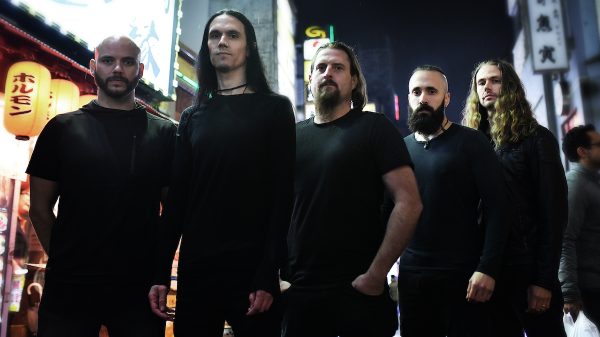 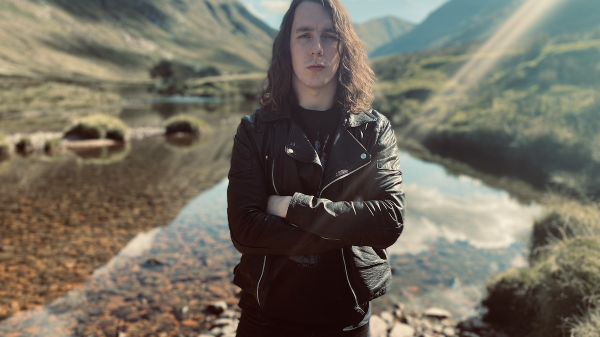