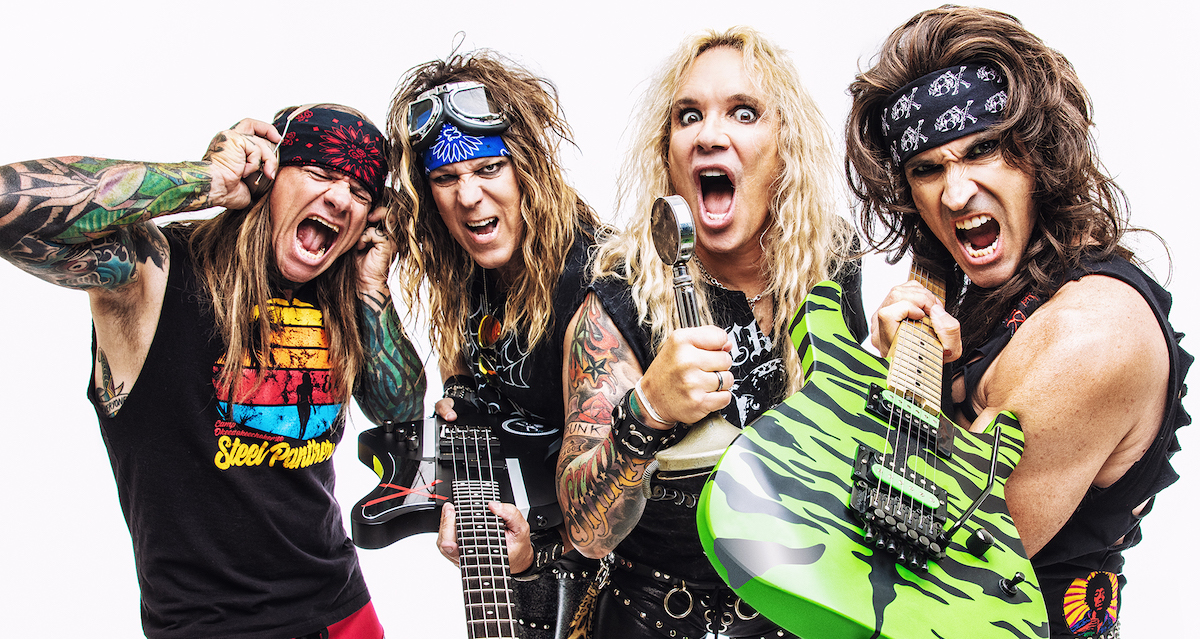 Steel Panther announced Spyder as their new bassist earlier this week, officially replacing Lexxi Foxx. At the time of his departure, Foxx said he and his former bandmates weren't speaking and that there were some "sore spots" about things. Steel Panther also expressed regret that Foxx had left, saying they wished he hadn't quit.

Now in an interview with the Everblack podcast, vocalist Michael Starr reveals he and Foxx are on much better terms these days. "I just talked to him today," Starr said. "He's doing good, man. He did exactly what he wanted to do. He started a family. He's living in Chicago. Him and his wife just had a baby.

"The party never stops. Just because he's not on tour doesn't mean he's fucking having a good time. And we miss him. I fucking miss him. And we still stay in touch and talk. We talk just about every other day — just stay in touch with one another. I mean, we were together for 27 years, 26 years, and we know each other's moms and dads and all of our cousins. We know everything about one another. So it's been really, really sad not having him in the band, but I understand why he's doing what he's doing. And he was one of the smart guys — he saved up all his money. Not me — I'm still living at my mom's."

In the same interview, Starr revealed the long history between Steel Panther and new bassist Spyder.

"Spyder has filled in for Lexxi many times. He's a super-close friend of the band. We've known him for years. As a matter of fact,  Steel Panther guitarist] Satchel and I were in a Van Halen tribute band for a while, and Spyder was the bass player in that. We have a rich history with him… He did all of Europe with us and he did a great job.

"First of all, I just wanna say this: Lexxi Foxx cannot be replaced," Michael added. "That's just the way it is. It's like trying to replace David Lee Roth, in my opinion. You can't fucking replace Lexxi Foxx. And also trying to find somebody that has the ability to make somebody laugh, do choreography moves from 40 years ago, jump around on stage and know what to wear.

"There's a lot that goes into it… Seriously, it's really hard to find someone that has all those qualities and you can hang out with them. 'Cause you think about it — the show is an hour and a half. The other 22 and a half hours we're together either sleeping or hanging out, soundchecking or whatever. So it's a lot of time to spend together offstage. So you'd better be cool with him."

Steel Panther has also announced a handful of North American tour dates for this November, which you can get below.

Those dates are in addition to the below previously announced dates.