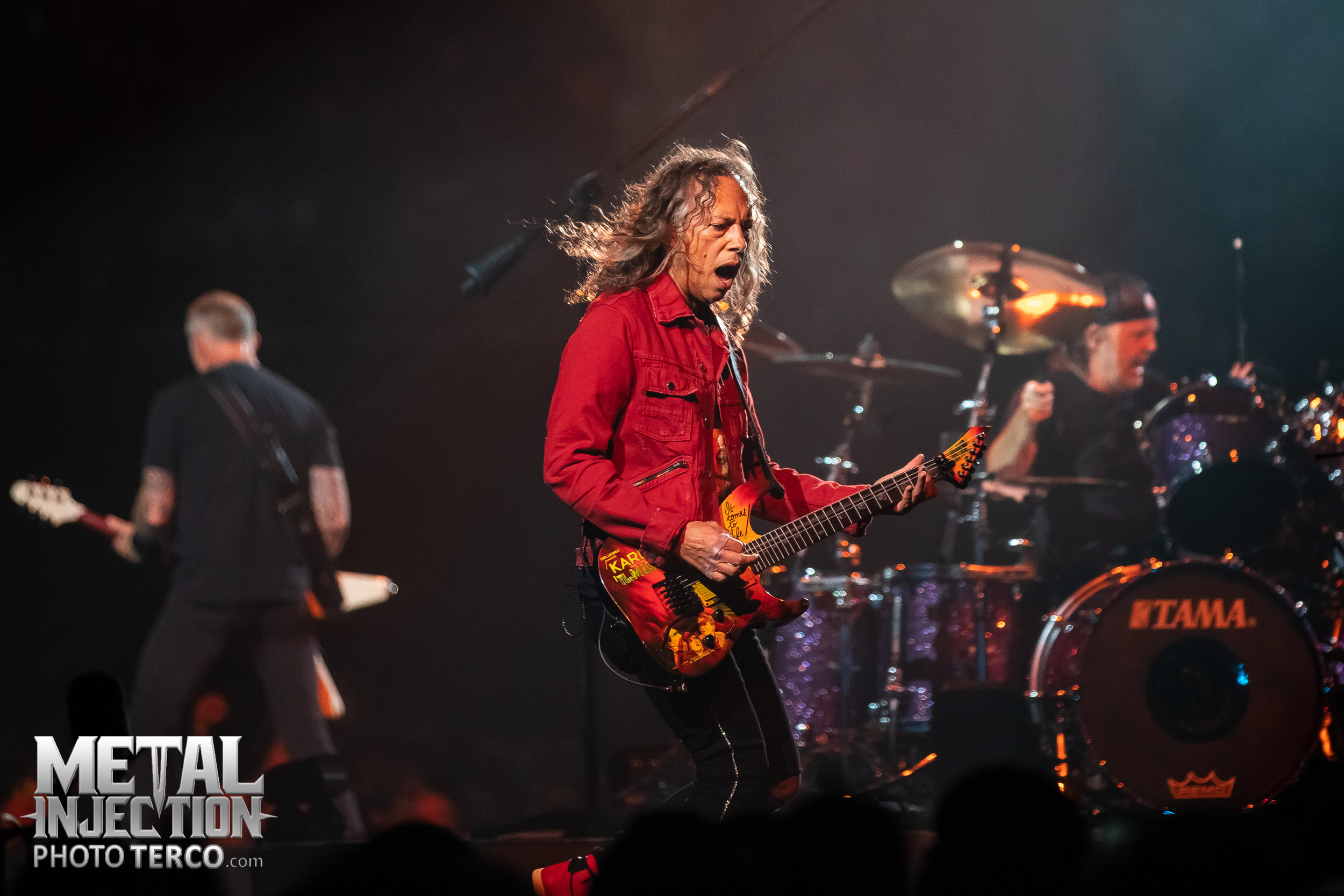 Kirk Hammett recently released his debut solo EP Portals to pretty widespread acclaim. The EP is nothing like Metallica's music, and instead trades in heavy riffs and galloping rhythms for a more soundtrack-type experience and tons of different instrumentation.

Hammett said in an interview with Kerrang! that he began working with S&M2 conductor Edwin Outwater on the EP, though he wasn't specifically gunning for a solo career. Hammett later added that he's digging the autonomy of having a solo project and intends to work with Outwater again on new music in the future.

This wasn't something where I sat down and said, 'Okay, solo album, it's about time!' I don't take myself that seriously! And I'm not that intelligent, I'm seriously not. I write music and shit happens… and this falls under the category of shit happening [laughs]. But now that it has happened, I've gotten a taste of this and this sort of autonomy, I'm thinking, 'Why not?' I have the full band's blessing on this, particularly James and Lars and so it's okay, now I have something else cool to do. Edwin and I have every intention to keep on collaborating as well, because the results have been so great."

Portals is four songs long, with two of its four songs ("High Plains Drifter" and "The Djinn") being co-written by Outwater. Portals also features drummers Jon Theodore (Kirk's fellow Wedding Band member) and Abraham Laboriel, Greg Fidelman on bass, Emmy-winning arranger Blake Neely, and Bob Rock. Hammett previously stated that he was shocked he got the blessing by Metallica to do the project in the first place.

"I was also pretty shocked that I got the complete band's blessings on it. It was amazing because our band has not had a lot of great progress with band members going solo, as everyone knows. But all that went down almost 20 years ago, and we're such different people now. We're all just older, wiser, and more mature…

"Well, I don't know if we're wiser, but we're definitely older, and a little bit more mature, a little bit more responsible. So something like this takes on a different sort of meaning now than it would have 20 years ago."