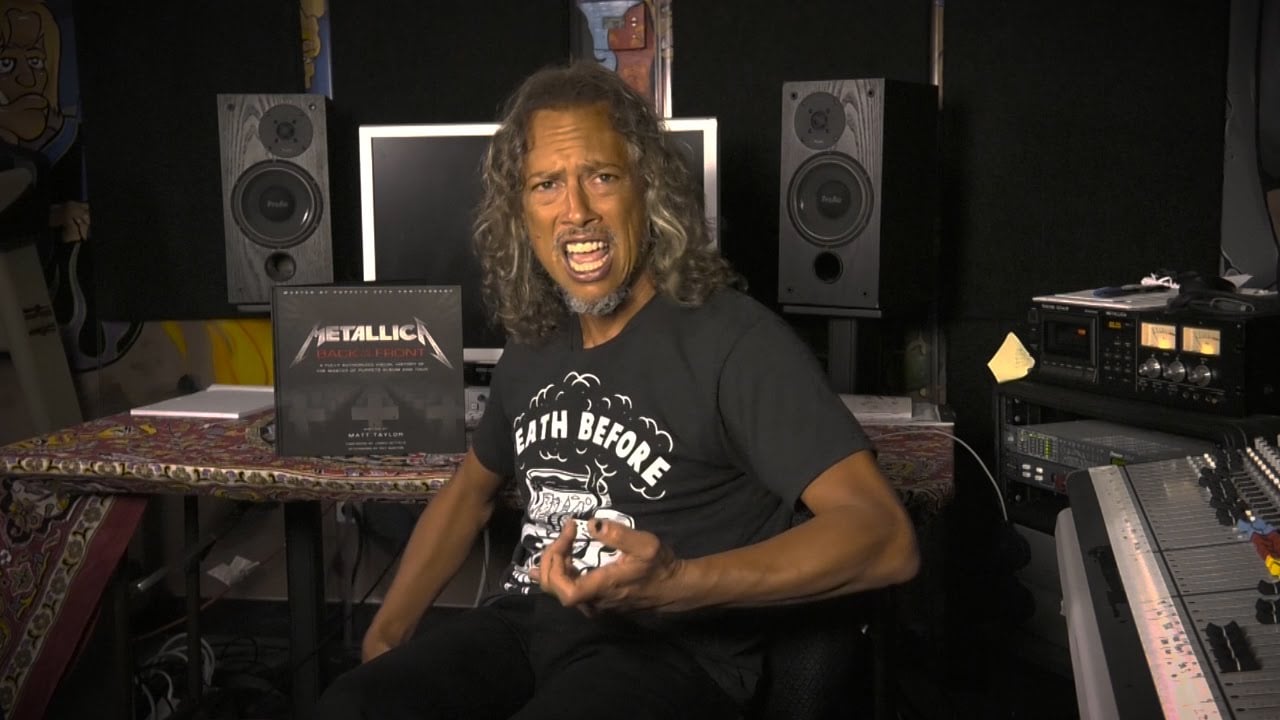 Metallica guitarist Kirk Hammett has teamed up with Fleetwood Mac guitarist Peter Green for a "special book and music project." Hammett is the owner of Green's 1959 Les Paul, and judging by the pictures on his Instagram account, was using the guitar at Abbey Road Studios for the project.

While it's not known who else is working with Green on the project or what the book is about, publisher Rufus Publications has issued a statement regarding the collaboration. It also reveals Hammett promised Green he'd send him a bunch of Metallica records to listen to, which I would absolutely love to hear his opinions about.

"Fleetwood Mac guitarist Peter Green, now 73, is a reclusive music legend, now living in retirement in the south of England. He spends most of his days playing guitar or drawing at home, creating a body of artwork over the last few years.

"Recently, he has been working with Rufus Publications on a special book and music project, scheduled for release later this year. As a result of the project, Metallica guitarist Kirk Hammett, who owns Peter's classic 1959 Gibson Les Paul, has been contributing, first by going into Abbey Road and recording something very special with said guitar — known as 'Greeny' — and then by visiting Peter at his home and reuniting him with the guitar for the first time since Peter sold it to Gary Moore, 47 years ago.

"It was an astonishing meeting of two great, but very different, musicians who spent much of the afternoon discussing the guitar and the music that inspires them. Kirk played Peter the guitar track recorded at Abbey Road and the day ended with Kirk telling Peter he would be sending him a full set of Metallica recordings to listen to.

"The project Peter is working on with Rufus Publications is nearing completion and will be released later this year and will include several guest musicians playing on some unique recordings."

Stay tuned for more on this intriguing collaboration. Maybe Hammett will finally get to use some of the ideas Metallica keeps rejecting over the years?

It was a pleasure to have @KirkHammett from @Metallica in our Front Room studio this week, recording guitars with producer Rob Cass and Abbey Road engineer Chris Bolster.