METALLICA Hope To Be The First Band To Play In Space

Less Streaming, More Downloading Is Better For The Environment
Spacetallica is coming to mosh up the moon.

Metallica is the only band to have played all seven continents on the Planet Earth, including motherfucking Antarctica, and they're not stopping there. According to drummer Lars Ulrich in a recent interview, the band is putting out some feelers to see if they can be the first band to play in space!

"Living in San Francisco which is the gateway to the future, obviously all those things are being planned around San Francisco to a degree so I feel that we are close to that as we can be. There’s a few feelers out to a few people – nothing worth giving away yet. The headline ‘Metallica promises to play in space’ can certainly be derived out of this wishy-washy answer!"

So there you have it – Ulrich wants it reported that Metallica will play in space at some point! He adds that realistically he doesn't want to commit to anything just yet, but the idea of playing in space is incredibly exciting.

"I don’t really want to commit to anything other than to say that if there really is a possibility for this to happen, then we will happily be at the very front of that line. I think we’ve shown over the last few decades that that sense of spirit, that sense of adventure still burns in us and that we would love to, and would bend over backwards to, make anything out of the ordinary happen, so watch this space."

I wonder how much tickets to that show would be? Y'know, after all the astronaut training and everything. 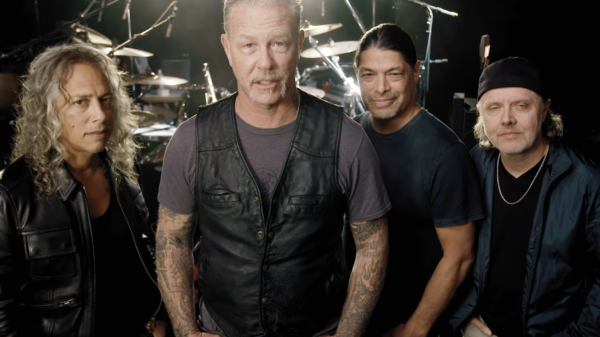 Clint Wells and Ethan Luck have some solid picks.