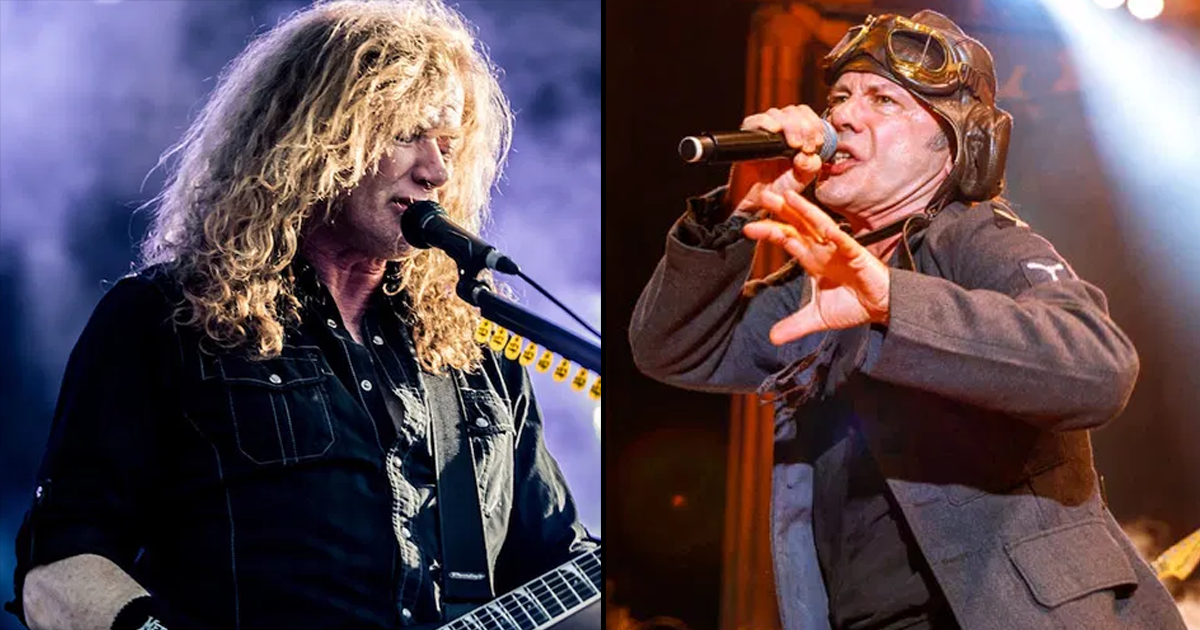 Megadeth vocalist and guitarist Dave Mustaine revealed his throat cancer diagnosis in June 2019, and was declared cancer free in January 2020. In an interview with Forbes, Mustaine recalls reaching out to Iron Maiden vocalist Bruce Dickinson, who went through something similar in 2015. Mustaine said he felt proud of Dickinson after speaking to him, and came away with some great advice!

"After I was diagnosed with it, I thought, 'I want to call Bruce,' it's not like I have a whole Rolodex of rock friends that sing heavy metal music that have throat cancer [laughs], so my choices were limited.

"I was pretty proud of Bruce after speaking with him," he continued. "Although we're not super close, I consider him to be someone I look up to. He basically told me the same thing I just told you: surround yourself with good, upbeat, positive people, places and things and try not to cause any unnecessary stress on yourself.

"When you're a frontman in one of the biggest bands in the galaxy, you don't really have to tolerate the frontman of the other bands very much, but he's always been super kind to me and very, I don't want to say 'gentlemanly,' because I don't want anyone to think that he's not a bad motherfucker!"