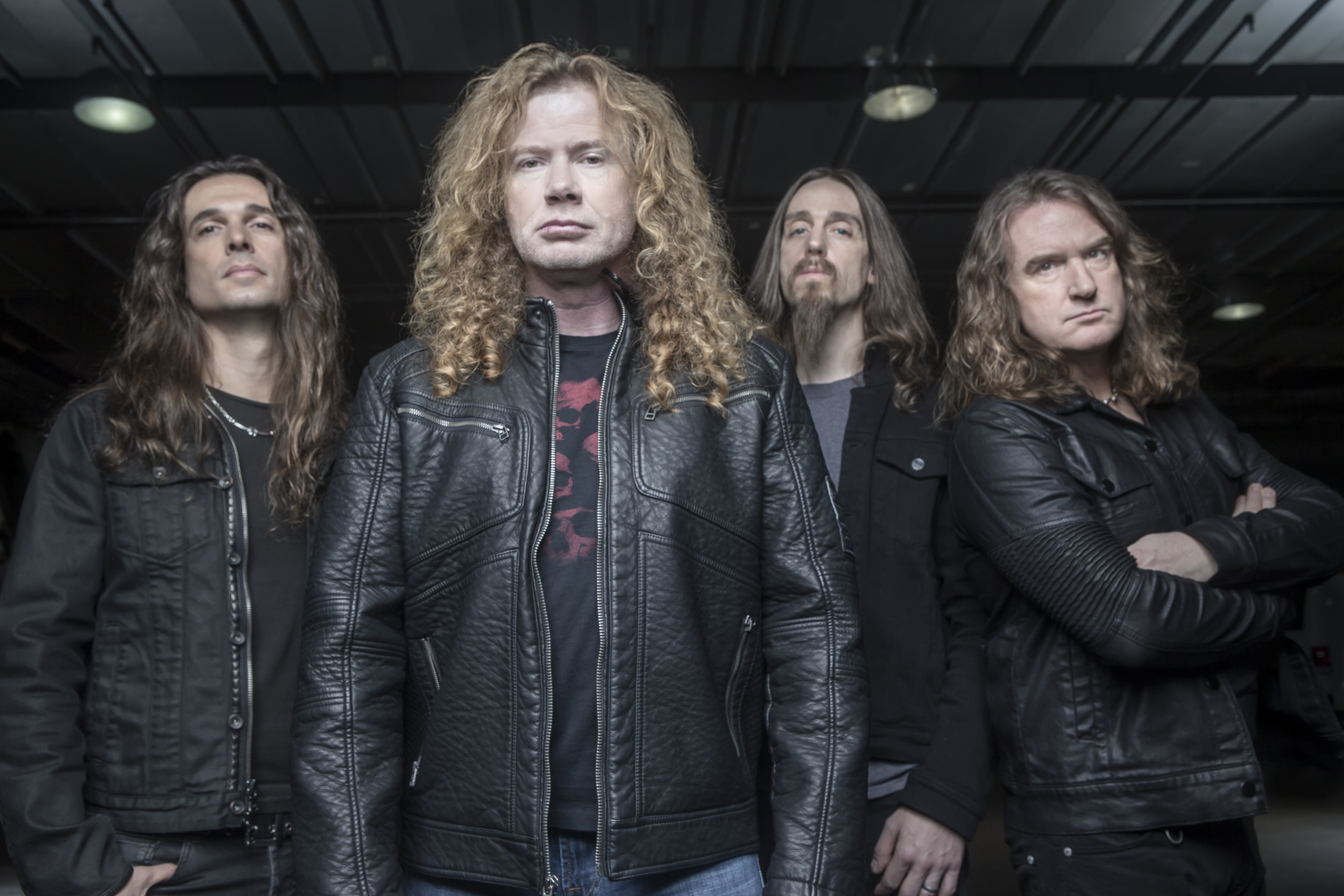 Megadeth is all ready to start recording their first new album since 2016. They're just waiting for the whole COVID-19 pandemic to clear up.

Megadeth bassist David Ellefson tells The Metal Voice that the band was originally planning on hitting the studio in March, but obviously things got a bit derailed.

"We've been working on it, and it's written, and it's ready to be recorded. In fact, we were gonna start recording it toward the end of March. But, of course, all of this happened. We ended up having to cancel out of the Hell & Heaven Fest in Mexico City, which I think was March 15th. And right after that, we were gonna go to Nashville and get started cutting tracks, but with everything shutting down like this, we obviously have to put health matters for us…

And it isn't just the four of us — you go in the studio, and now you've got a whole staff of people in studios and carting services and all kinds of other services that go along with making records. Everybody's locked down right now. So once the lockdown lifts and it's safe to go back to — I hate to say 'normal life,' but it's safe to basically engage in that again, we will absolutely be ready to rock."

Ellefson later said the record is "heavy. There's a lot of really fast thrashing stuff. And a lot of it is that the vibe is — it feels very cohesive between the four of us." The new Megadeth album will be their first with guitarist Kiko Loureiro (ex-Angra) and drummer Dirk Verbeuren (ex-Soilwork, ex-Aborted, Cadaver).