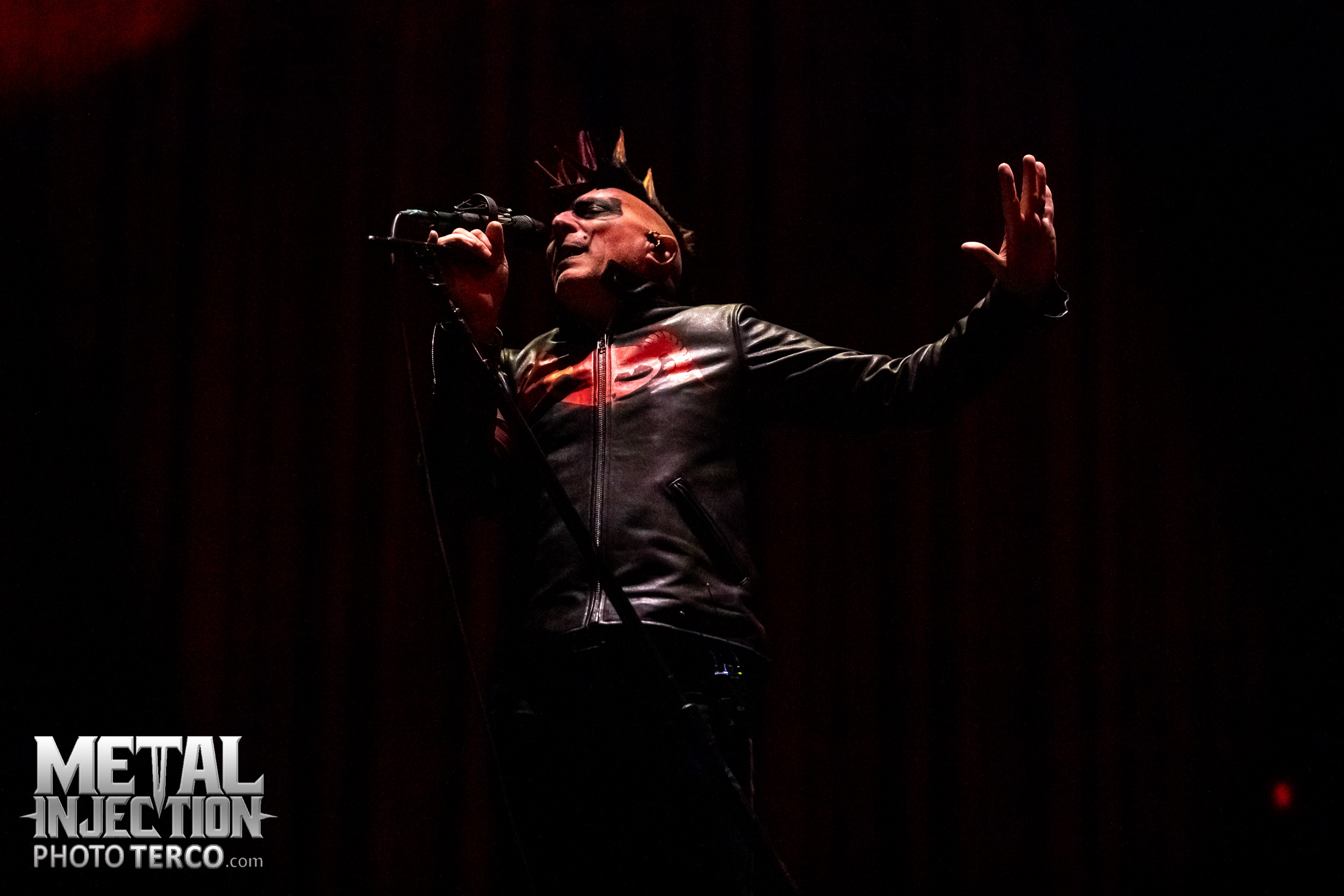 Maynard James Keenan recently spoke with Rick Beato on his YouTube channel for an hour long conversation, touching on all of Keenan's projects: Puscifer, A Perfect Circle, and naturally, Tool. You can check the video out below.

Keenan shared some early memories of Puscifer being the musical attraction that accompanied performers on the sketch comedy scene in Los Angeles during the mid-nineties; a scene that included David Cross and Bob Odenkirk (which led to a connection with Mr. Show), Janeane Garofalo, Green Jellö, and Tenacious D.

Beato noted Keenan's ability to write lyrics and vocal melodies over riffs, something Keenan attributes to his understanding of rhythm, but he also spoke at length (no pun intended) about Tool's exhaustive creative process.

"[The guys in Tool], they just take longer to process information and get it together and then present me something that I can start building on," Keenan said. "I've made the mistake in the past of trying to build on something that wasn't ready yet, and then all the work I put into building on 'the thing', they changed the foundation. I'm trying to decorate the house and then you move where the doors are and move the windows or add a floor. I got to start over as an interior decorator. So I have to wait for them to do it. So there's time [for other musical projects]. I have time to do all these other things in between because I can and I should."

Keenan continued by adding, "One could argue a little bit of discipline and a little prodding [contributes to the extensive exercise of making Tool records.] A little cattle prod or a taser would help move those guys along a little faster, but that's their process. You just kind of respect it. You know it's frustrating. I'm sure they're frustrated with me because they hand it to me and I'm like 'It's done' — [and the band is] like, 'You didn't take any time with it?' Yes, I took 50 years—right?—for this reaction to these things. I've been preparing for decades to hear these things and be able to react honestly and I riff on them."

Puscifer will be back on the road this October and November. Check the dates out below, alongside a recently released remix of "Bullet Train To Iowa" by A Perfect Circle guitarist Billy Howerdel.