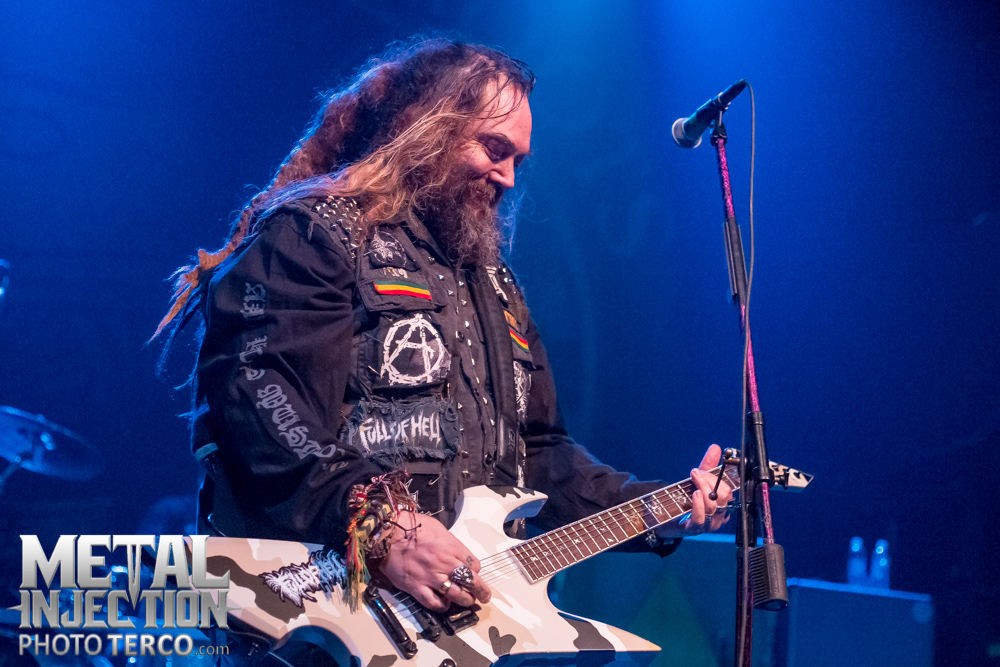 Max Cavalera has made quite a few records between Sepultura, Soulfly, and Cavalera Conspiracy. In an interview with Blabbermouth, Cavalera named Sepultura's 1989 classic Beneath The Remains and Soulfly's 1998 debut album as the two most difficult albums he's ever had to make.

"Pretty much. You hit the nail on the head. It was such a weird place to be. In fact, I always said the two most difficult records I made were Beneath The Remains and Soulfly I. Musically, they are totally different, a million miles different. But, in spirit, they're very similar because you're in this 'whatever happens, happens,' like a no hope, no fear situation, but there was a lot of pressure to be good from everywhere. Like, 'This has got to be good.'

"I think both records were immensely stressful to make. Very enjoyable after they were done. Very painful to make, very hard to get them done, but very cool to enjoy what happened to those two records. Definitely, Soulfly I had all this pressure. The validation of when fans heard it, 'Max is back!' Then they heard 'Eye For An Eye' for the first time and a lot of fans felt, 'The man is back. Yes!' It was all there. That was a cool moment. I think the record was in a different time and age. It went gold in America before Roots. That's an incredible thing that this record went gold. Now, Roots is gold, but Soulfly I was first."

Cavalera went on say that ex-Roadrunner Records Senior A&R VP Monte Conner actually liked the first Soulfly record more than Roots. He later added that Soulfly and Sepultura were obviously different stylistically, and that he really enjoyed the stark differences between the two.

"I like the idea that Soulfly was different from Sepultura. The way it was formed was different; we had different elements, almost like a different spirit altogether. It was a bit more positive, in a way, spiritual. Fans connected with that. The ones that didn't always had the old Sepultura stuff to listen to. I love that stuff as well. It's all part of it, but I'm very proud of Soulfly I. It was very difficult to make, but I love this record."