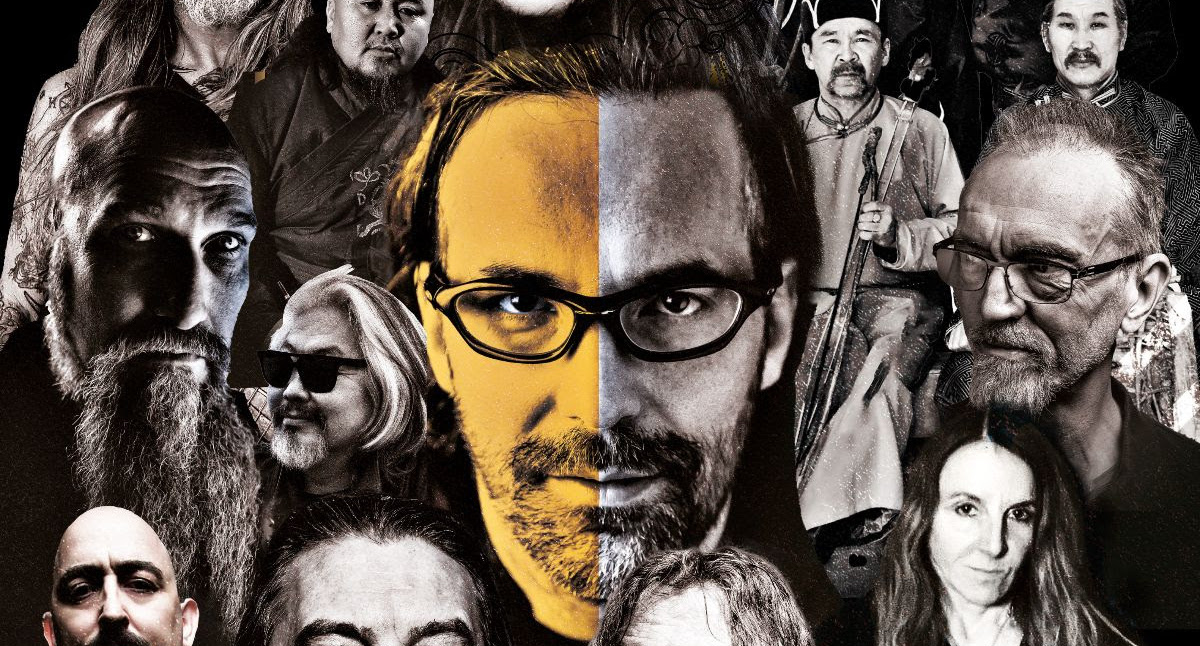 Marc Urselli's SteppenDoom is now streaming their hypnotic new single "Etugen Eke & Od Ana" featuring Matt Pike (Sleep, High On Fire) and Tuvan vocal legend Batzorig Vaanchigfirst "Zorigoo". It's a far cry from your usual doomy affairs, but damn if it isn't one of the coolest takes on the genre we've heard in a while.

"The first single 'Etugen Eke & Od Ana' is a song of many firsts: Matt Pike of Sleep and High on Fire was one of the first guitar players that I reached out to, it was the first time that he and I collaborated, and also the first time he ever did something with a throat singer," said mastermind Marc Urselli. "Furthermore, it was one of the first songs I'd written for the project, and therefore it is only fitting that it is the opening track of the SteppenDoom album.

"Batzorig Vaanchig of Khusugtun is one the greatest throat singers alive today. Throat singing, or overtone singing, is the ancient folk singing technique from Mongolia, Tuva, and Siberia. Mongolians often sing around the campfire with lyrics about Mother Earth, animals and the elements in nature. 'Etugen Eke & Od Ana' bridges the gap between the spiritual aspects of the Mongolian tradition and the wrath brought on by a creative powerhouse like Pike, which is exactly the kind of maelstrom that I wanted to bring to life. Even the title reflects this: Etugen Eke is the Mongolian earth goddess, while Od Ana is the Mongolian goddess of fire. It makes perfect sense that Batzorig Vaanchig brought the spirit of the earth and Matt Pike set it all on fire!"