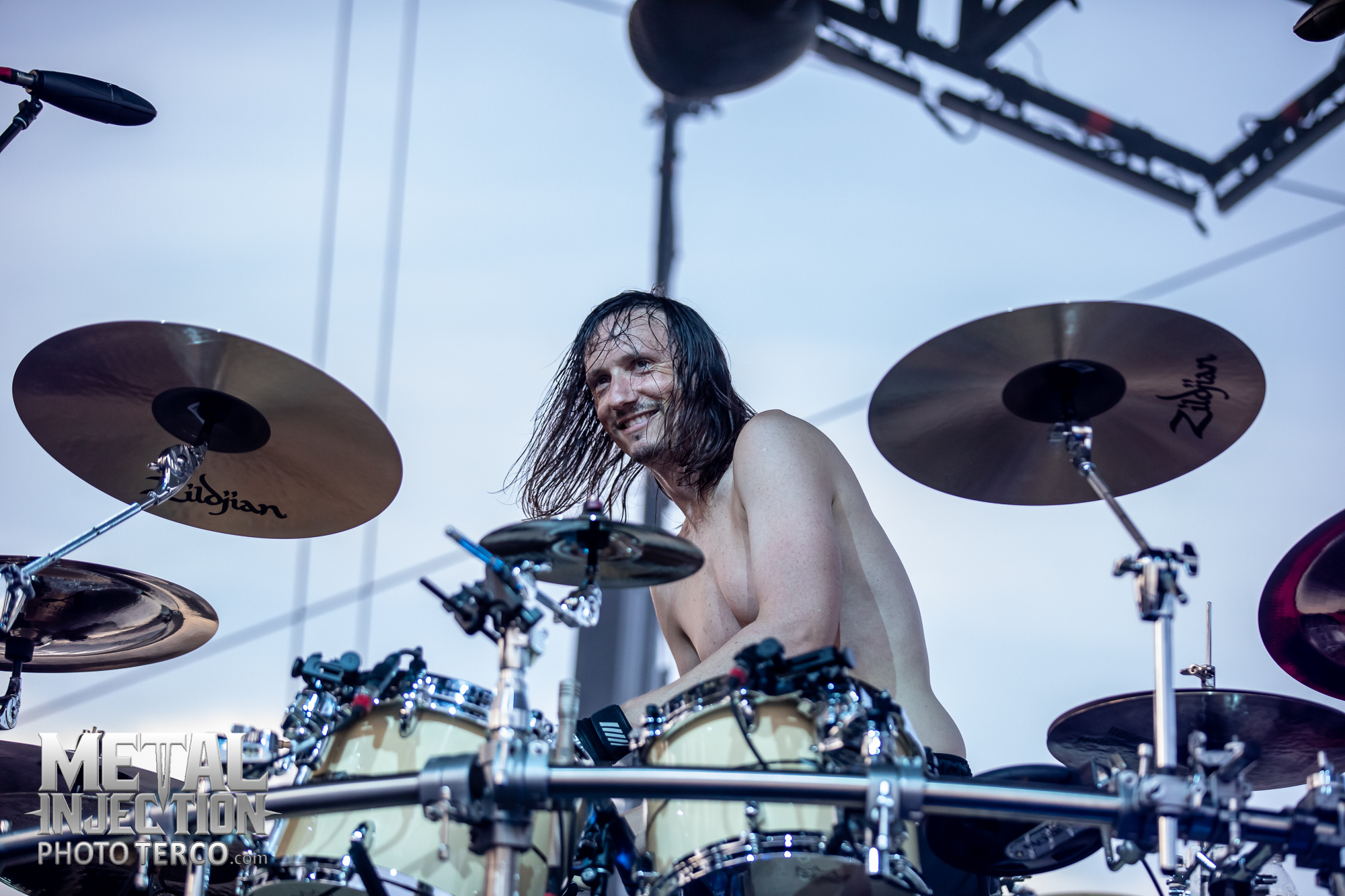 Gojira's music has been consistently killer through their career, though recent albums have certainly taken a turn away from the technicality of ones like The Way Of All Flesh. In an interview with Radioacktiva, drummer Mario Duplantier explains that playing stadiums and and festivals has a lot to do with the tweaks in style from album to album.

"It's not very intellectual; it's not very mental — it's more organic. We jam, and when we hear something cool, we say, 'Let's go.' It's not very we try to catch more people here and there.

"I would say… I have to be very honest, but the fact [that] we are touring so much… We are a live band mainly — 90 percent of our life is on the road. So we play shows — we do soundcheck and we play shows; soundcheck, shows, soundcheck… Over and over and over again, it's like a huge circle. We do Europe and U.S., Europe and U.S., sometimes South America, Asia — it's crazy. So when we write the music, we want to play songs that are gonna be fun, maybe, to play live as well.

"And it's not a conscious thing — we're not trying to do something, 'Let's catch more people.' It's really, 'Let's have fun onstage and have something maybe more simple sometimes.' Because when you play very technical music and you start to play arenas or stadiums and festivals — huge festivals — you just notice that if it's too crazy, too technical, it doesn't really work."

Personally, I think Fortitude struck the perfect balance between technicality and catchiness. Songs like "Fortitude" and "Into The Storm" were just off-kilter enough to conjure up that old Gojira sound, while tracks like "Amazonia" and "Another World" were just straight forward rockers (same goes for the then-jarring "Stranded" in 2016).