LAMB OF GOD Cancel Remaining European Dates Due To Security Concerns; CHILDREN OF BODOM To Continue Without Them

ARCHITECTS' Vocalist SAM CARTER: "There’s A Lot Of Gatekeeping Around Artistic Freedom"
Children of Bodom and Sylosis will continue the tour without Lamb of God.

Yesterday, we reported that Lamb of God cancelled a show in the Netherlands due to concerns about security. What we weren't aware of at the time is the cancellation happened 15 minutes before the concert started, which is not exactly good news for fans who trekked all the way there. At the time, we also reported that both Lamb Of God and Bodom cancelled, but it was only Lamb of God who chose not to play. Bodom wanted to continue but the promoter thought it'd be best to just cancel the gig.

Well, Lamb of God decided to throw their hands in the air and cancel the remainder of their European run, due to security concerns. The band was set to tour with Bodom and Sylosis, the two of which will continue the tour without Lamb of God.

"Lamb of God have chosen to leave the tour due to security concerns in Europe. Our team has been working very hard to make all of the remaining shows happen. We want to continue on the road and play the rest of the tour. Unfortunately, the promoter has decided to move forward and cancel tonight's show in Oberhausen, Germany, and the additional shows in Germany."

Bodom wanted to play the German show as well, but the promoter decided to cancel. While it's certainly an unfortunate situation, we are sure it was a difficult situation for all parties.

The remaining dates for the Bodom/Sylosis tour are: 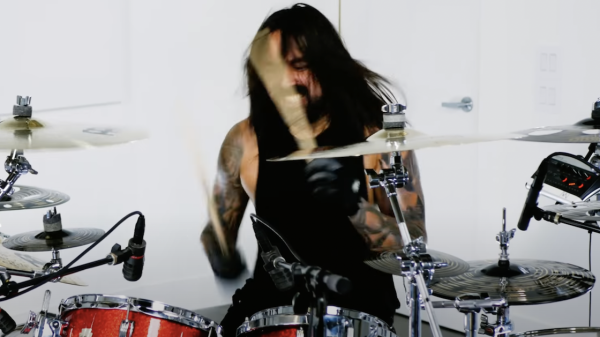 From their recent album Omens.