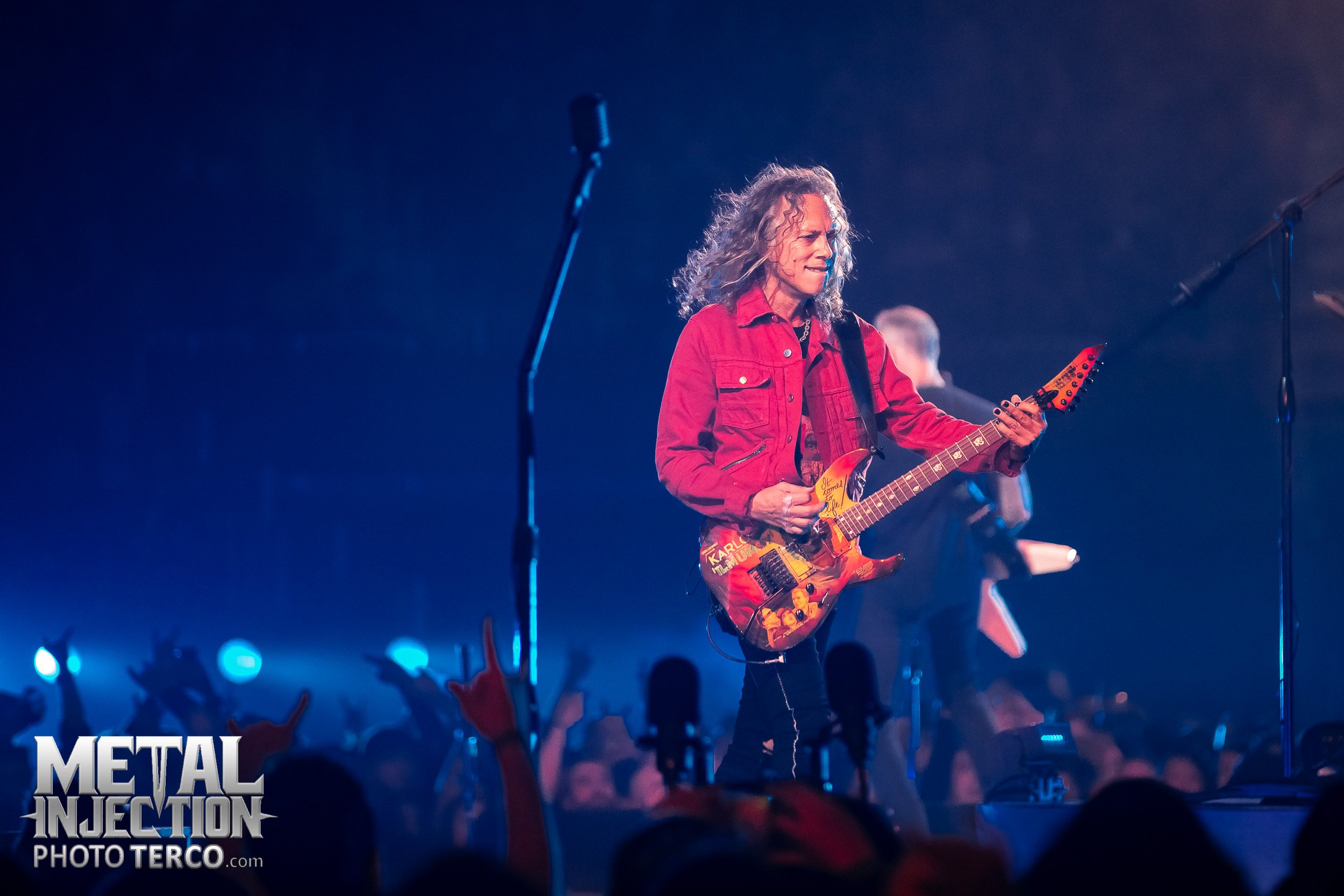 Metallica famously sued Napster in 2000 over claims of copyright infringement and racketeering after hearing an unreleased demo of "I Disappear" on the radio, and finding out the song was downloaded on the website. The case was monumental within the industry, being the first lawsuit of its kind against P2P software. Metallica won, and the floodgates opened.

Now in an interview with Classic Rock, Metallica guitarist Kirk Hammett said the lawsuit was essentially a warning to everyone about where the industry was headed.

Classic Rock launched just before Napster came along in 1999, and the music industry started to change. Metallica were one of the big names fighting against peer-to-peer file sharing, which morphed into the streaming model that prevails today.

"There's definitely a new way for getting music out there, but it isn't as effective as the music industry pre-Napster. But we're stuck with it. There needs to be some sort of midway point where the two come together, or another completely new model comes in."

I mean look, it's true that the industry isn't exactly what it used to be… but that's just the passage of time. Things change. Plus it's not like you can't make some decent money off selling your music through Bandcamp, or even streaming services like Apple Music can cut you a halfway decent check.

So I'm not sure it's a questions of being effective, because the Internet age is certainly effective in letting people find new music. It's just that it's a little harder to make a living. But to say that the Napster lawsuit heralded how little people would get pair per stream? Eh, seems like a stretch. Nobody has a crystal ball. Though kudos to Metallica for taking their own advice, as far as getting out of the industry – the band does own all their own music and seemingly all the rights to their merch. And they're doing very, very well for themselves these days.