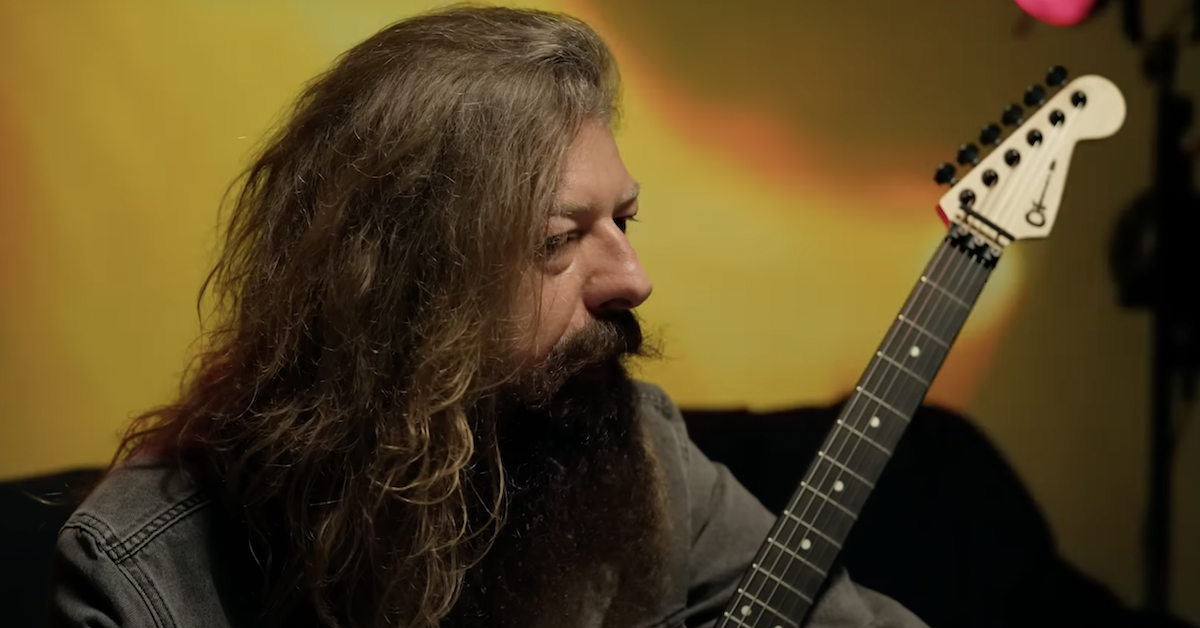 Slipknot will release their new record The End, So Far this Friday. The album was produced by Joe Barresi (Tool, Queens Of The Stone Age), is the band's final effort on Roadrunner, and is their first with percussionist Michael Pfaff. In an interview with Music Radar, guitarist Jim Root spoke at length about his mixed feelings toward the record and the process of recording it.

Root said he felt Slipknot didn't use Barresi to his full extent and didn't do any pre-production for the record thanks to COVID protocols at the time. Root also added that he didn't have a ton of input on the album, and that the band was somewhat at odds with one another when it came to figuring out arrangements and ideas for songs. To be clear – Root never says he doesn't like the record, just that there were things that could've been done better for a different final product.

"Joe Barresi is an amazing producer. He has got an amazing track record, and I feel that we weren't prepared for Joe Barresi, and I feel like we were not able to use Joe Barresi to his fullest extent, y'know what I mean? We did not do pre-production. We essentially built this record in the studio, and a lot of that was due to Covid, and us being separated, and the circumstances led us to do the record the way it was done.

"With my mindset being the way it was, I didn't have a ton of creative input. I felt kinda rushed trying to come up with ideas for this or that arrangement. We weren't rehearsed as a band. We did not come in knowing the songs top to bottom, and that affected the record. That put us behind schedule. It had us, not really arguing and fighting with each other, but trying to figure it out, like, ‘What is the best way to approach this knowing that we are doing what we are doing?'

"You can make a plan, and you can plan as much as you want, but the big clock above your head and the budget from the label, and all this stuff, the studio we were at and the scheduling of that, there are so many factors that were against us making this record that I am surprised we were able to finish it.

"And then it is taking us so long to get it out compared to how long it took us to track it! It's like, well, if it has taken this long to get it out then we could have taken our fucking time with pre-production, and, in my mind, put out a better product. And that's not to say that we're disappointed with what we are putting out; it's where we are at. It's what we were able to do, given the circumstances, and the things that we had to work with.

"But it's like the movies. Directors will say constantly that they never finish a movie, they just abandon them! I feel like, more than anything with this record, we had to abandon it and move on from it. And [percussionist Shawn "Clown" Crahan] was like, ‘It's not a record! It's not a Slipknot record! We are still touring on We Are Not Your Kind, on that tour, and by the way here are some songs…' Well, you can say that, but we are putting a fucking record out and to the fans this is a fucking Slipknot record. No matter what you say, that's what it is."

Check out the full interview here, which centers around Root's new Charvel guitar. Pre-orders for The End, So Far are available here.