Jamey Jasta Lobbying For METALLICA To Release Instrumental <em>Lulu</em> So He, Sebastian Bach, Dee Snider & Others Can Record Their Own Vocals 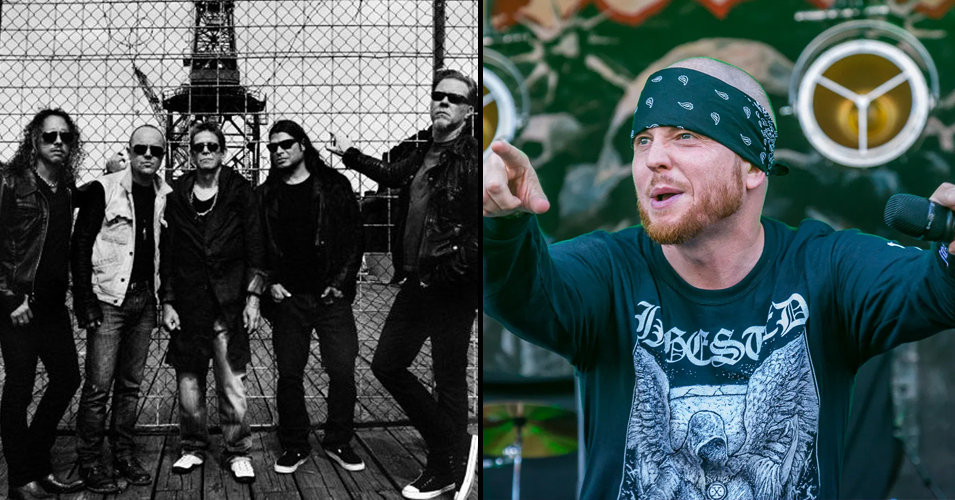 Jamey Jasta wants to record his own vocals over the instrumentals to the Metallica and Lou Reed collaboration album, Lulu, and he's backing it up with a potential $50,000 donation.

Jasta tweeted publicly an idea that he had. He would donate $50,0000 to Metallica's "All Within My Hands" Foundation, if Metallica were to release the instrumentals for the 2011 album so that new vocals could be recorded by Jasta, Twister Sister's Dee Snider, Sebastian Bach, Machine Head's Robb Flynn, and Crowbar's Kirk Windstein.

Lulu was released in 2011 and mostly panned by critics and fans, but the band were very fond of the experience. In a 2017 interview, guitarist Kirk Hammett told Humo Negro "I think it’s one of the best things we’ve ever done. I mean, you can kind of call it a Metallica album, but it’s not really a Metallica album. I think that’s part of the reason why it’s so misunderstood. People were thinking it was gonna be an album of heavy metal songs with Lou Reed, but no — it was a collaboration. It was our two musical entities coming together to build something fresh and new and unique. And the fact that it turned out so unique was, I think, a huge success. And I love it. I still listen to it. I miss Lou; it’s a shame that he’s not with us anymore. But in retrospect, that’s one of the most important albums, I think, I’ve been a part of in my life. So that’s how I feel about it."

Lars Ulrich told Eddie Trunk in 2016 "There's nothing I would change. I mean, the only thing I'd change is I wish Lou was still around. It's weird being in New York and not being able to see him. I miss him. We got very close… We were very close for a year, and then, as he got sicker, we were less close. But I didn't know he was that sick.

"No matter how many people sit there and find fault with ['Lulu'], we wouldn't change any of it. And I still would dare most people, or at least most musicians, or most creative types, to sit there and go… If Lou Reed called you up and asked you to play music with him, you wouldn't say 'no' to that. And if you were gonna say 'no' to that, I would ask you to question yourself as an artist."

Jasta added a second tweet tagging Kirk Hammett "this could be killer bro!"

Would you want to see this happen?