James Hetfield Confirms Who METALLICA Wanted As Their Original Singer 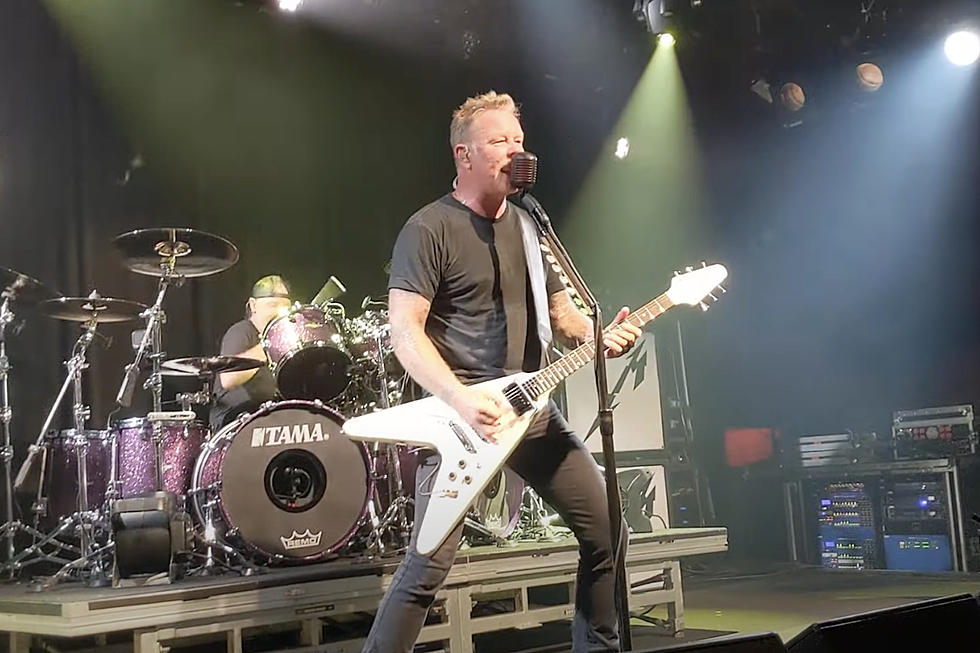 On his new SiriusXM radio show, James Hetfield revealed that Metallica originally wanted to recruit Armored Saint vocalist John Bush as their singer when they were first starting out.

Hetfield is hosting a new show called "Road Dog Brothers" on the new Mandatory Metallica channel on SiriusXM, where he plays songs from bands that Metallica toured with and sharing some stories.

In the video clip below, Hetfield confirms that the band tried to recruit Bush but he was too committed to his brothers in Armored Saint. He then shared a fun anecdote about Metallica recruiting one of Armored Saint's techs.

Blabbermouth posted an old interview excerpt where Bush discussed his reasoning saying "Metallica did ask me to join, but I said no for all the right reasons. People must think that's crazy, but you have to remember the scene then. Metallica was nobody. Armored Saint was hot; you have to remember that. Also, I was very tight with the [Armored Saint] guys, back to elementary school in fact. ARMORED SAINT was getting interest from all kinds of places, and we had a lot of people starting to turn up at shows."

He continued: "Metallica came to see Saint at a gig in Anaheim, at The Woodstock in 1982. I heard they were interested in asking me to join, which they did later. The thing was that Metallica was this new kind of thing, and nobody back then. I don't care what they say now; nobody could have predicted what would happen. I didn't know the guys either, so there was no real interest. It was great to be asked — in fact, a lot of people asked — but Armored Saint was really strong.

"Some time after Kill 'Em All had come out, I heard the same thing again, but I never understood that because James was singing great then and he was doing a great job. I understood the lack of confidence back in '82 but not for 'Ride The Lightning'. James owns that record."

Blabbermouth also published an excerpt from a 1989 interview with Metal Forces, with Lars Ulrich commenting on what the sound with Bush would've been saying "Only a couple of days ago, we were actually sitting around talking about how it would be now if John Bush had joined the band. Obviously, it's impossible to know how different it would have been, but I can't imagine Metallica without James Hetfield up there growling into the microphone, fucking curved over and everything. It's really weird to think about it. I mean, nothing against John Bush — I think he's a great vocalist — but … Well, thank God it didn't happen."