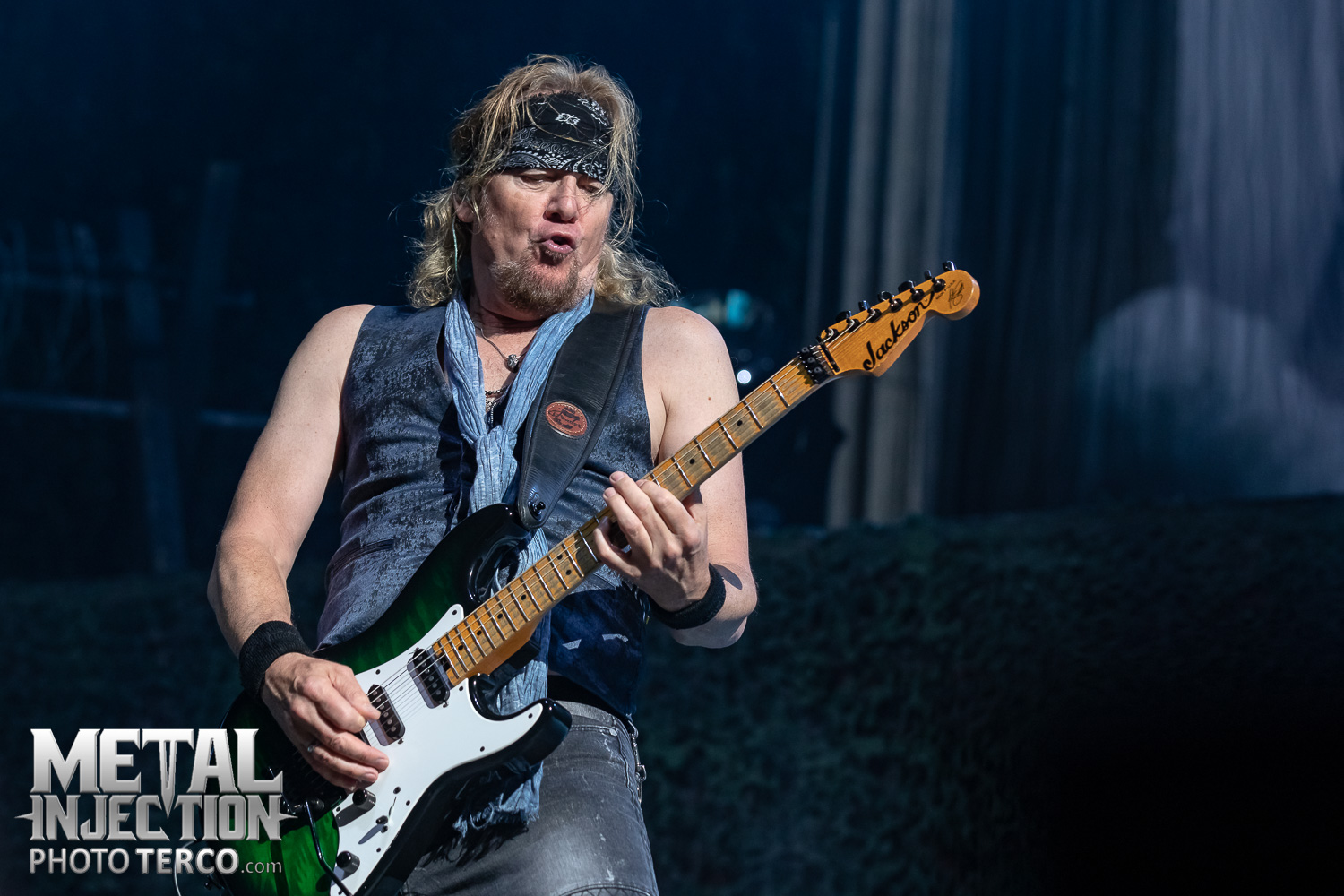 Guitarist Adrian Smith played in Iron Maiden between 1980 and 1990, and then rejoined the band in 1999. Though according to drummer Rick Allen, Smith almost joined Def Leppard in 1991. Smith ultimately lost out to Vivian Campbell, who is still with the band to this day.

"Yeah, I actually really loved the idea [of Smith joining]. I mean, there was a kid called Huwey Lucas that was a contender – there was John Sykes, there were all these people kind of lined up," said Allen in an interview with Eon Music.

"I loved the idea. It's interesting, you put somebody in a slightly different situation and new things are revealed about them, and it was cool. It was a compliment that he was so into it. But I think ultimately, I think Vivian was the absolutely perfect choice."

Despite not being in Iron Maiden for most of the 90s, Smith still played on vocalist Bruce Dickinson's 1997 album Accident of Birth and 1998 album The Chemical Wedding. Smith and Iron Maiden may very well release new music on July 15.