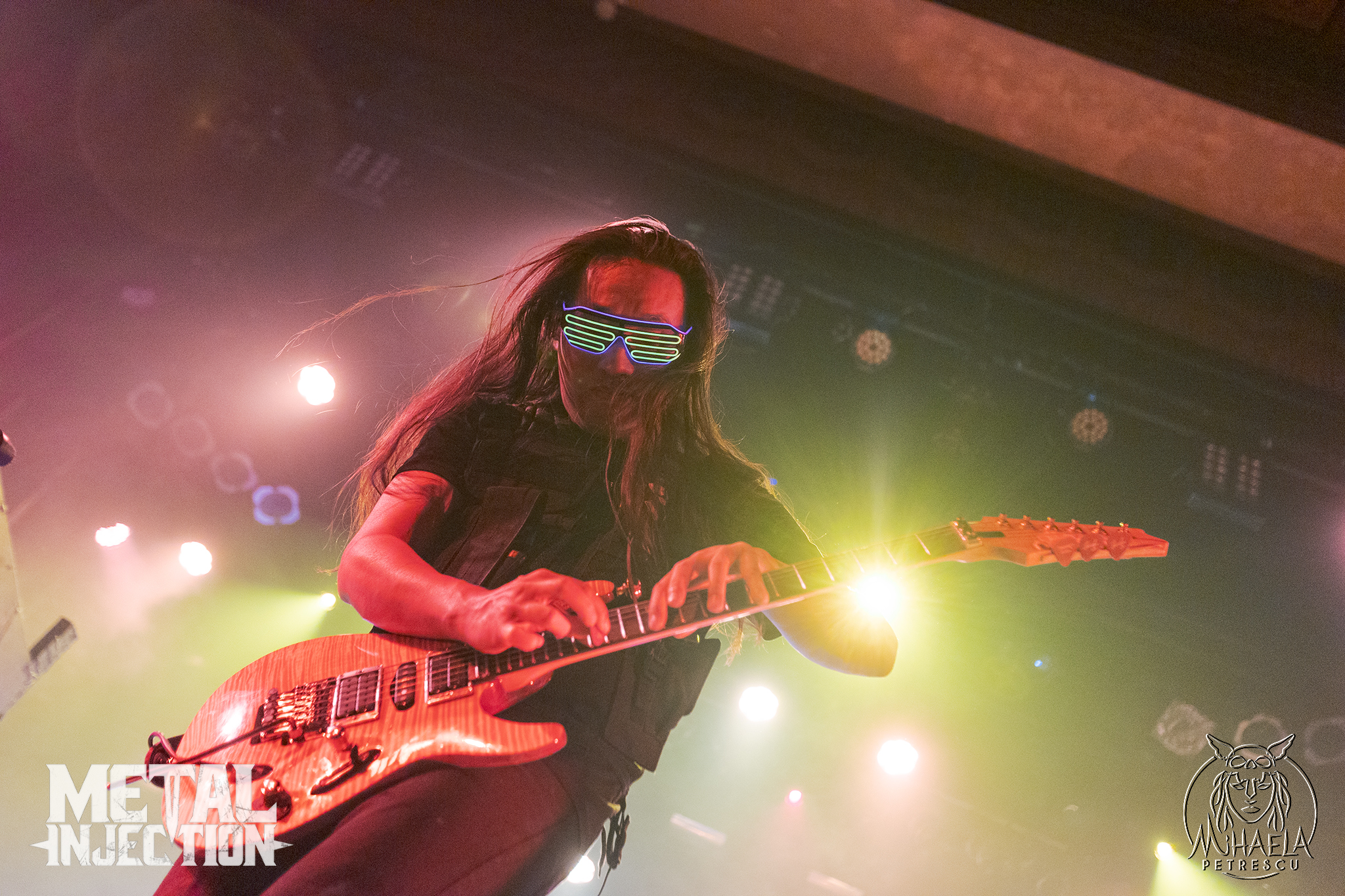 Dragonforce released their debut album Valley Of The Damned in 2003, but didn't strike it huge until 2006 with Inhuman Rampage and the meme-able single "Through The Fire And Flames."

In a recent interview with The Heavy Hooks Show, Dragonforce guitarist Herman Li explains his logic behind why the song blew up. Essentially it was two-fold – being in Guitar Hero III was obviously a major catalyst, but also the fact that there weren't many shreddy guitar solos in the mainstream at the time.

"To be honest, that song is not really much better than our other songs, it's a typical Dragonforce-style song. But it's about, I think, the time the place, we were at in life. Guitar in metal music, at least in the mainstream – there weren't many guitar solos.

"And I think at that point, the explosion of ['Through the Fire and Flames'], people were looking for something more. They heard more stuff beyond the mainstream, and [went], 'I want to get a bit more interested in that kind of guitar stuff.'

"And, of course, before that album came out, we did the tour with Iron Maiden, we did a bunch of stuff to build our reputation up, and it's almost like – they always told me, if you don't break on the third record, you're not going anywhere. So, it did break when that came out, and then… we [played on the] Ozzfest mainstage, we went to America and did like so many shows there. And then, Guitar Hero III came out.

"So you know, it helped us get the meme song, and now it's the meme song. I mean, [it's] everywhere; you open any social media and there's someone covering it, and it's cool. You know, I've been reacting with fans and jamming with them, playing that on TikTok and YouTube. Why not?"

Li also explains the meme-ability of the song, saying "I mean, there are lots of great, great songs on Guitar Hero, but I guess ours was the most ridiculous. Seven minutes 15 seconds, and a huge guitar solo section, which wasn't like a usual thing you hear for for many years. And then, at 200 bpm, it's like, 'Okay, now we're going over the top.' And the whole video was kind of memey when we did it, with the guitar battle and drinking booze at the same time."

And if you've never seen the music video for "Through The Fire And Flames," check it out below. It's fucking insanity in the best way possible.