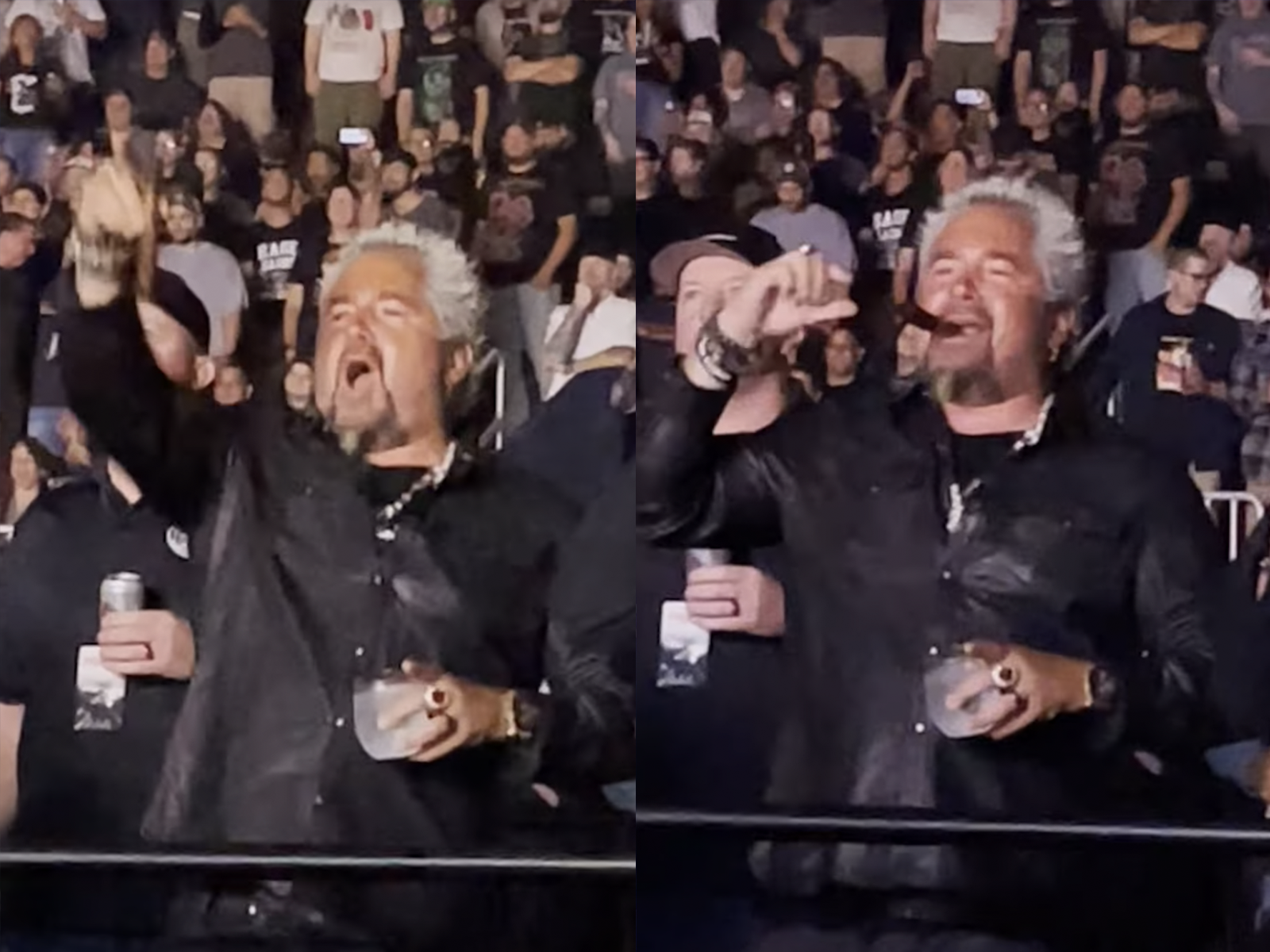 Evidently, restaurateur Guy Fieri is a massive fan of Rage Against the Machine. The charismatic television personality was spotted first at Rage's gig on July 27 in Cleveland, where he also met tour openers Run the Jewels. Two nights later in Pittsburg, a photo of Fieri, drink and cigar in tow, was taken and ultimately went viral thereafter.

But the Mayor of Flavortown didn't stop there. Two nights later in Raleigh, North Carolina, Fieri was again spotted in the crowd, and this time, he even made it onto the Jumbotron.

There's no evidence yet that Fieri then made his way North to the nation's capital for Rage's two-night stand in D.C. After all, even the Mayor of Flavortown needs to recharge the batteries. But you can bet this humble discourse peddler will be on the lookout for his trademark blonde spikes when Rage Against the Machine take over New York City for a week, with 5 shows at the legendary Madison Square Garden.

While Rage and Fieri do seem like an odd romance, the Emmy-winning celebrity is actually a huge heavy metal fan. Last year, in an interview with blink-182's Mark Hoppus, Fieri shared some of his favorite acts.

"I'm a Metallica junkie. … Pantera, [Rage Against The] Machine, AC/DC. I mean, you name it. … There was just something about living in Los Angeles and living down in Long Beach back in the day. And Rage coming out and just getting all of that energy."

Fieri noted that his kids are also fans. In fact, Fieri's son Hunter Fieri was with his old man for the Rage shows last week. That said, his wife Lori? Not so much.

"[My wife] won't let me play it at house parties. I don't get to necessarily always jam my Rage. But … the awesome thing is both of my sons are huge fans. So whenever mom's not [around], we get to play Rage."

Seems like everything's coming up roses for the Fieri Boys these days, with a little help from Rage Against the Machine. For other parents looking for a bonding experience, you can catch Rage on tour through 2023. Dates can be found below.