STEEL PANTHER Frontman: If I Could Bring One Musician Back From The Dead, It'd Be MOTLEY CRUE's Vince Neil 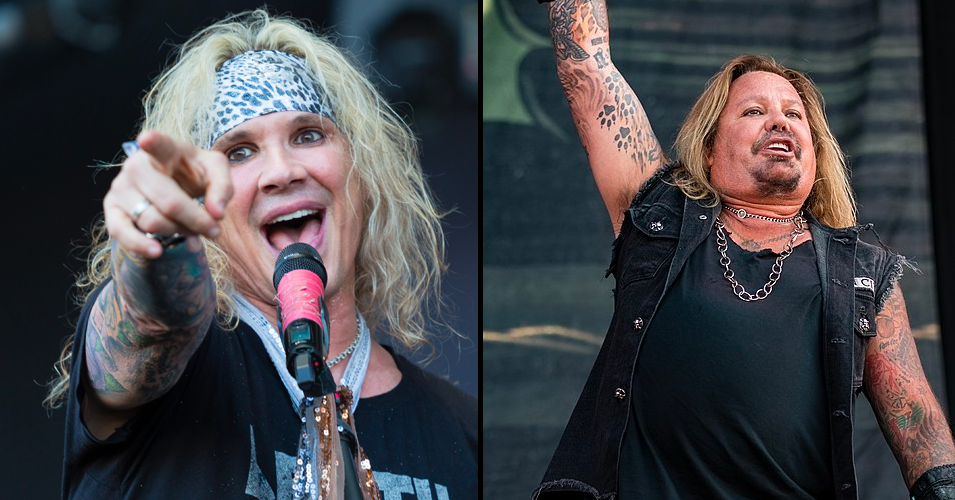 One of the questions saw Elliot ask the band if they could bring back a musician from the dead, who would it be. After Stix answered seriously, Starr came in with a burn-unit level diss:

Stix replied: “Okay, I’m gonna pick a singer, but it’s not to replace you [Michael]. You know who I’d bring back from the dead? Ray Gillen. You didn’t expect that? He was the singer for Badlands [died in 1993 at age 34].

Michael: “I’d bring back the Vince Neil from back in the day because that guy is dead.”

Michael: “You know what? It would be too intimidating to sing along with him. Like, John Bonham, he is the best musical heavy-metal drummer of all time – there’s nobody better than him, no drummer even comes close to this guy.”

It's no secret that Vince Neil isn't at the top of his game nowadays. By now you may have seen this video of Neil totally butchering "Kickstart My Heart."

"We love heavy metal, I think it's pretty obvious to people that like Steel Panther that we are good at playing it because we've been playing it out whole lives.