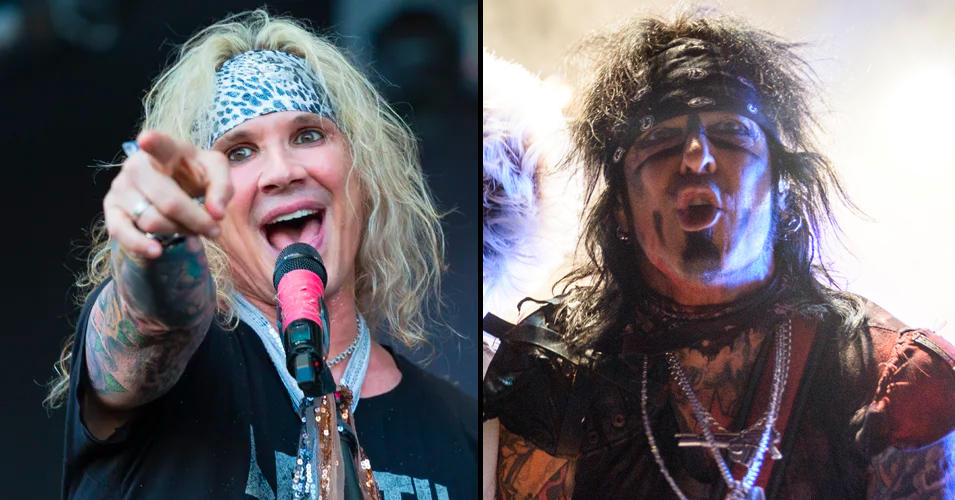 I guess Nikki Sixx isn't going to be invited to Steel Panther shows anytime soon. The legendary bassist is not taking to kindly to some jokes Steel Panther made in a recent interview about his Motley Crue bandmate, Vince Neil.

It all started when Steel Panther frontman Michael Starr and drummer Stix Zadinya were interviewed by  Little Punk People and asked which musician they'd bring back from the dead. Michael Starr replied “I’d bring back Vince Neil,” to which Stix replied: “He’s not dead.” Michael snapped back “I’d bring back the Vince Neil from back in the day because that guy is dead.”'

This slight did not sit well with Sixx, who tweeted last night "The singer in steal panther can go fück himself… wanna be band putting down @thevinceneil." When a fan responded saying he didn't understand why Panther were coming after Neil, especially after Neil performed on stage with Panther, Sixx added "That’s why they are assholes. Backstabbers."

The singer in steal panther can go fück himself… wanna be band putting down @thevinceneil ?

That’s why they are assholes. Backstabbers.

"We love heavy metal, I think it's pretty obvious to people that like Steel Panther that we are good at playing it because we've been playing it our whole lives.